A Guide to Duiker Island, off Hout Bay, South of Cape Town 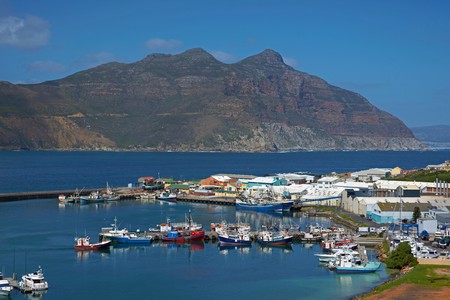 Tiny Duiker Island is a leading tourist attraction in Hout Bay, south of Cape Town. This jagged expanse of rock, home to seals, seafaring birds and mammals, is a favourite destination of local photographers, and a great alternative for wildlife enthusiasts who are short on time to go on safari.

South Africa is well known for its wildlife excursions, with countless tourists coming each year, often heading to prestigious national parks to go on safari. But while safari is hugely popular, it’s also expensive and time-consuming, which means for some tourists it’s not an option. Animal lovers coming to Cape Town, however, can immerse themselves in a cheaper and shorter experience at Duiker Island, a haven for the country’s marine life.

What is Duiker Island?

This craggy granite outcrop has long been a popular part of the Western Cape’s coastline, earning the nickname Seal Island. But don’t confuse this with the original Seal Island, to the west in False Bay, which is where seals are known to gather – and where great white sharks predate. Duiker Island doesn’t feature on the sharks’ radar, because the water is too cold, and as such it boasts a lively population of Cape fur seals. 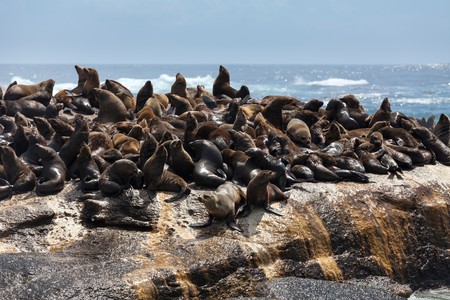 These boisterous beasts are found here in their droves, with thousands of individuals calling the island home. The Cape fur seal is the largest of nine species of fur seal, but it’s more closely related to the sealion, with external ears and manoeuvrable forelimbs that propel it across land and through water with ease.

Though seals are the main draw of the island, birdwatching enthusiasts will also delight in the more than 20 species of seabird that live here. These include the kelp gull and the skua, a formidable predatory seabird that often feasts on its more petite relatives. If it’s cetaceans you’re after, humpback whales and common dolphins have also been spotted across the Western Cape’s waters.

Duiker Island is off limits to humans – adolescent seals are highly territorial and don’t appreciate visitors. Fortunately, however, there are multiple options for exploring the area from a safe distance.

Animal Ocean runs tours to the island, offering visitors a chance to get up close, in the water, to the island’s seals. It started out in 2009 in a shed at the bottom of the owners’ parents’ garden. “Now we have a full office in Hout Bay with changing rooms, showers and wifi,” says snorkelling guide and skipper Lara Caine. “The colony that we visit has between 5,000 and 8,000 seals in it – though the number in the water on any given day is completely up to the seals and their moods.” 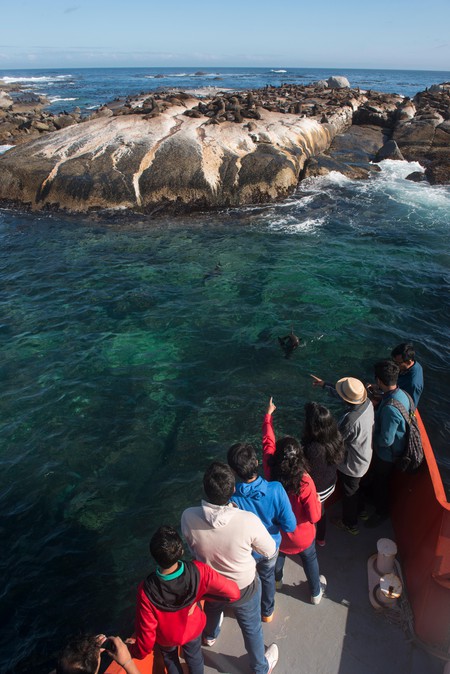 People are strictly forbidden from setting foot on the island, but tourism by boat is hugely popular | © Danita Delimont / Alamy Stock Photo

Snorkelling among the seals is a sublime experience – they’re curious and lithe, and will swim right up to you and ogle you with their huge, doleful eyes – and it’s largely risk-free. If you’re less inclined to leap into the ocean, you can view the seals from the safety of your boat. Drumbeat Charters has been running excursions to Duiker Island since 1989; they offer a standard 40-minute round trip, or you can sign up for a deluxe tour – one goes past the sweeping cliffs of Chapman’s Peak, while the other offers close-up views of the rusting hull of the BOS400, a massive barge that ran aground during a storm in 1994.

Duiker Island can be visited year round, but the best months to go are from July to November, when you can also spot southern right whales, whose migration path goes along the coast past Hout Bay.

While a day trip from downtown Cape Town is manageable, the island is quite a trek from some of Western Cape’s other popular destinations such as the prestigious wine regions of Stellenbosch or Franschhoek. From here you may struggle to justify such a long drive in a day; better to overnight in the blissful seaside suburb of Hout Bay.

Chapmans Peak Hotel is one of the more luxurious accommodation options, while Hout Bay Backpackers provides the ideal homestay for budget travellers. Given Hout Bay’s status as a popular residential neighbourhood, Hout and About Guest House is a converted former home that features an outdoor swimming pool, picturesque views over towering cliffs, and a shuttle service to downtown Cape Town. 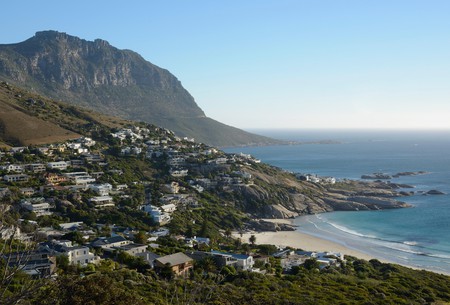 Mariner’s Wharf, Hout Bay’s bustling market, has an abundance of restaurants, bars and souvenir shops. After sampling some of South Africa’s finest cuisine, you can take a short walk to Hout Bay beach. The soft white-sand shore offers calm water, perfect for swimming, and the area is framed beautifully by Cape Town’s surrounding mountains. The strip is also a popular daytime destination for dogs and their walkers.

There are few places on earth where you can snorkel with seals, lounge on the beach and sip craft South African gin in the same day. It might be tiny, but Duiker Island is sure to surprise you.