A Brief History Of The Castle Of Good Hope, Cape Town 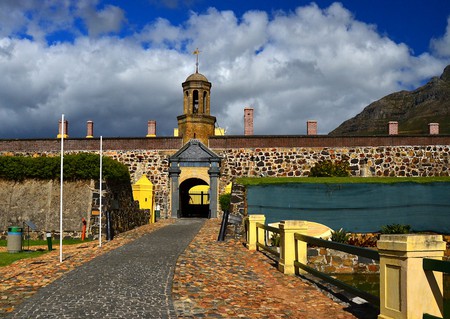 The oldest colonial building in South Africa, the Castle of Good Hope, is a pentagonal fortress built by Dutch colonialists in the 17th century. The well-known landmark is central to the history of Cape Town, having served as the seat of government and military operations for two centuries. A tour of the Castle’s two museums and expansive grounds offer fascinating insight into Cape Town’s military and cultural past.

The Construction of the Castle

In 1652, the Dutch East India Company (DEIC) settled on the shores of Table Bay to establish a refreshment base for ships en route from Europe to East Asia, and to maintain its monopoly over the Spice Trade. Jan van Riebeeck, the first Commander of the Cape, erected the original Fort de Goede Hoop (Fort of Good Hope).

As the threat of war loomed between the Netherlands and England, the DEIC ordered that a stronger stone fortress replace the original one to provide greater protection for the Dutch settlement. In 1666, Governor Zacharias Wagenaar laid the four cornerstones of the Castle of Good Hope. The majority of the work was carried out by soldiers and sailors.

The five bastions of the Castle — Leerdam, Buuren, Katzenellenbogen, Nassau, and Oranje — were named after the main titles of Philip William, the Dutch Prince of Orange. Each of the bastions housed its own garrison, magazine, store rooms and specialized production centers like smithies and bakeries.

The star fort and adjoining moat — constructed on the Table Bay shoreline to avert an attack by sea — was completed in 1679 according to Dutch defense principles of the time. Today the Castle is found further inland due to land reclamation in the 1930s and 1940s to make way for the foreshore and Table Bay Harbor. 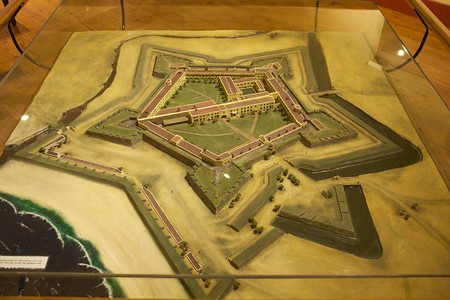 A model of the Castle of Good Hope | © Mike Peel/WikiCommons

The Castle of Good Hope operated as the seat of government of the DEIC until 1795, when the colony was occupied by the British. It served as the official residence of the Governor of the Cape for the first half of the 19th century.

Inside the Castle Grounds

Apart from the DEIC personnel, the Castle was home to freeburghers (free citizens) and slaves, and also served as a lodge for visitors traveling to the East Indies. 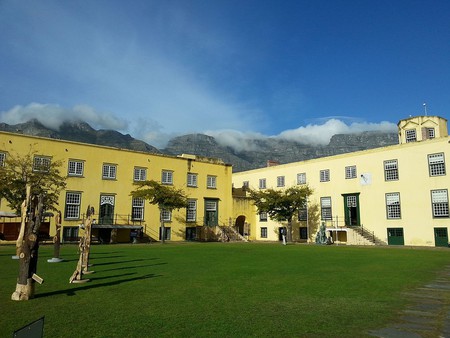 In 1695, the Kat was completed — a defensive wall built diagonally across the courtyard to protect the fort from a land attack. Designed in the Cape Dutch style, the Kat housed the residences of the governor and the secunde (second-in-command), and a large council hall that also served as a church.

The Kat Balcony — the entrance to the governor’s residence — is known for its fluted pillars, wrought-iron railings, and curved staircases designed by the renowned sculptor Anton Anreith. It was from this balcony that announcements and judicial sentences were read to the inhabitants of the Castle. 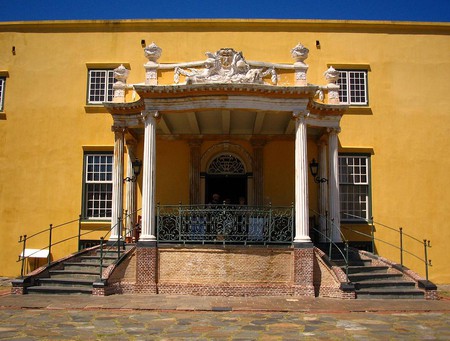 Today the Kat houses the Iziko William Fehr Collection of historical paintings, antique furniture, and ceramics that have special relevance to the early Cape.

The Castle Military Museum houses an impressive array of military artifacts and exhibits from the 17th to the 19th centuries. Other attractions include the Dolphin Pool, bakery, officers’ living quarters, and the Donker Gat (Dark Hole), where prisoners awaiting trial were held. The De Goewerneur Restaurant serves delicious Malay, Dutch and French cuisine on-site.

If you visit, you can also catch the changing of the guard at noon and the Key Ceremony (replicating the ceremonial unlocking of the Castle) at 10am and noon every weekday. 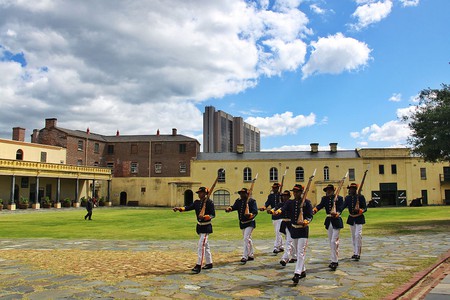