A Brief History of South Africa's Pre-Colonial Kingdom of Mapungubwe 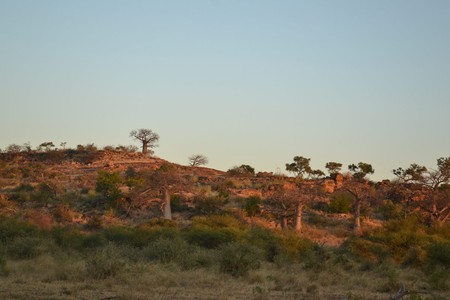 The ancient city of Mapungubwe is an Iron Age archaeological site in the Limpopo Province on the border between South Africa, Zimbabwe and Botswana, and was declared a UNESCO World Heritage Site in July 2003.

The discovery of the site in 1932 provided evidence contrary to the ideology of black inferiority supported by Apartheid, and as such it was kept quiet. Since then, the site has been excavated by the University of Pretoria and today they have discovered a large collection of artefacts, as well as human remains, at Mapungubwe. 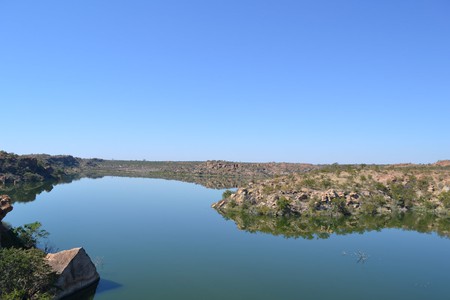 The ancient African kingdom, Mapungubwe Hill, was established between 900 and 1300 AD, and was home to a powerful tribe that flourished on trading with Eastern cultures.

Neighbouring Mapungubwe Hill is K2, a site which draws a lot of weight when studying the history of this reserve. Situated one kilometre (0.62 miles) from Mapungubwe Hill, the people from this village are known to have farmed in order to survive. There is also a large refuge site at K2, from which archaeologists have been able to determine that a number of generations occupied this area over a long period of time. The site thrived as a trade centre and inhabitants were skilled craftsmen, creating a variety of artefacts, from tools to jewellery. 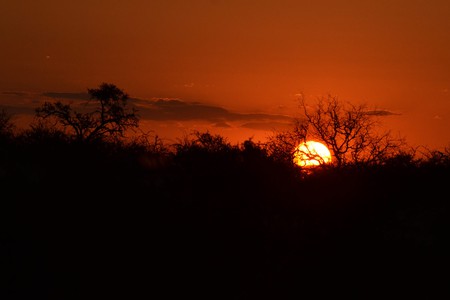 Note that outdoor lighting in camps is limited, so take a torch or headlamp on your trip | ©René de Klerk

Mapungubwe was home to an extremely progressive culture of people for the time. They traded gold and ivory with China and India and had a flourishing agricultural industry.

Mapungubwe is also the earliest known site in southern Africa where evidence of a class-based society existed. This means that the leaders were separated from the commoners. 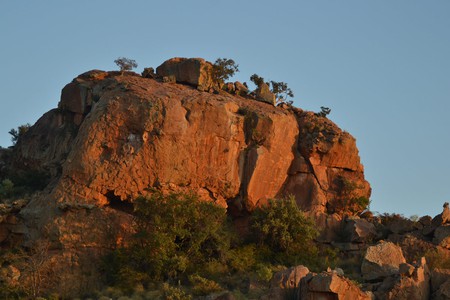 Mapungubwe provides a sanctuary to endangered mammals, such as the black and white rhino, wild dog and the African elephant | ©René de Klerk

Findings in the area are typical of the Iron Age and smiths created objects from iron, copper and gold for local use, as well as for trading. Pottery, wood, ivory, bone and shells indicate that many other materials were used and traded with other cultures. The most spectacular of all the discoveries found at the site is a small, golden rhinoceros, made of gold foil with a wooden core.

Mapungubwe’s prosperity faded in the 1300s due to climate change, which in turn led to migrations further north, towards Zimbabwe. 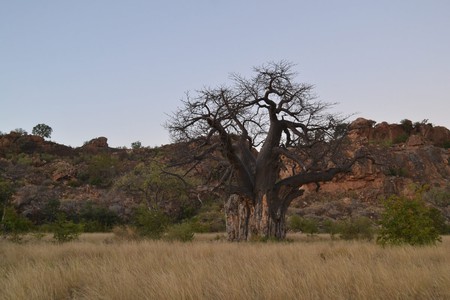 Mapungubwe National Park offers a wide range of accommodation options and is also open to day-visitors. Take a tour of the Centre at Mapungubwe, home to the aforementioned golden rhino, or take a heritage tour and visit the graveyard on Mapungubwe Hill while taking in the amazing panoramic views of the park. Game drives and guided walking tours are also available and can be booked online. 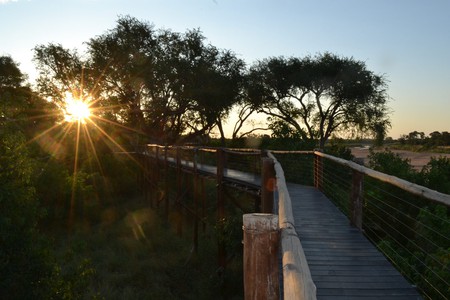