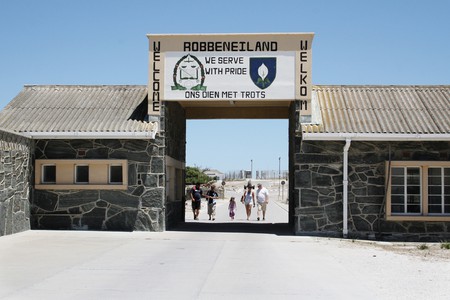 Few places in the world hold the gravitas of Robben Island. Though the island, visible from mainland Cape Town, was both whaling station and leper colony, its best known for its period as a political prison. After the fall of apartheid, the prison shut down and the island opened to visitors, many of whom journey there to pay homage to the late Nelson Mandela.

Visible from the city

Robben Island is a small landmass located just seven kilometres (four miles) off the coast of Cape Town, in Table Bay. The island is a UNESCO World Heritage site and has served as a whaling station, a leper colony and most notably as a prison, where South Africa’s Nelson Mandela spent 18 years of his 27 years of incarceration before being elected as the country’s first democratic president.

Named after its seals

Robben Island (robben is derived from Dutch, and means ‘seal’) was named after the large number of seals that once populated its shores. When the Dutch arrived at the Cape in 1652, they began using the island as a port and a grazing station for sheep and cattle. However, the island’s isolation from the mainland did not go unnoticed, and eventually, convicts and political prisoners — including kings, princes and religious leaders from the East Indies — were banished there.

When the British annexed the Cape in 1806, they continued this practice and established a whaling station on the island, which lasted until 1820. 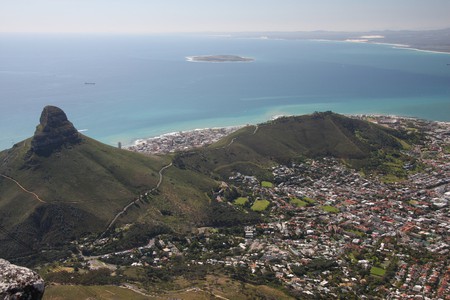 In 1845, the penal colony was moved to the mainland and replaced with a colony of lepers, who were soon joined by other ‘undesirables’, including paupers, alcoholics, the mentally ill and the chronically unwell.

After 1931, the sickly were sent to hospitals in Cape Town and the island became a military outpost during World War II. Artillery was installed and the government built roads, a power station, houses and an airstrip. 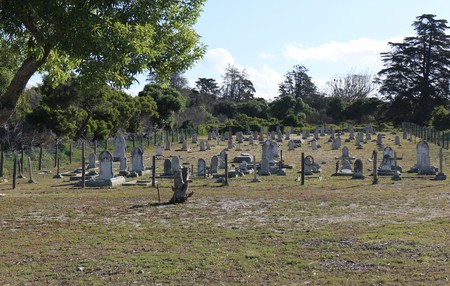 In 1961, the South African apartheid government opened a maximum-security prison for political prisoners and convicted criminals, including Nelson Mandela and many other anti-apartheid activists.

The prison was notorious for its harsh conditions. Prisoners were subjected to gruelling tasks, such as breaking rocks into gravel in the courtyard, and were constantly exposed to the elements. Remarkably, the prison failed to crush the spirit of Mandela and his comrades, who used their time here to educate themselves and debate a wide range of topics. In 1991, all political prisoners were released, followed by the common-law prisoners five years later.

Today, Robben Island is a stark reminder of the apartheid system, and a symbol of the triumph of the human spirit over adversity, suffering and injustice.

The maximum-security prison is now a museum where daily tours are conducted by ex-political prisoners. Every year, thousands of tourists visit the island to understand South Africa’s past and view the tiny cell where Nelson Mandela lived. 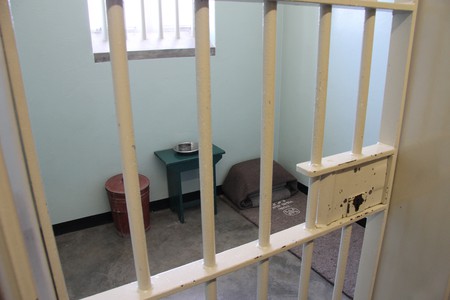 Getting to and from the island

There’s only one way for official visitors to venture onto the island, and that’s aboard a ferry from the Nelson Mandela Gateway at the V&A Waterfront. It’s possible to reach the island on these official trips, which include tours by ex-prisoners, in approximately 30 minutes.

Once on the island, visitors are only permitted to follow a tightly controlled route, and there is no freedom to move around outside of the tour.

During peak season tickets sell out weeks in advance, and although ferries only run if the weather permits, it’s important to book online to avoid disappointment. The tour lasts approximately three and a half hours from start to finish.

Fascinating insight into South Africa’s political past and present

The tour provides fascinating first-hand insights into South Africa’s troubled political past. In many ways Robben Island was the epicentre for those rising up against apartheid, and many of those imprisoned there went on to serve important roles in democratic South Africa.

Aside from Nelson Mandela, the prison also held Mac Maharaj, Ahmed Kathrada, Mosiuoa Lekota, Govan Mbeki, Walter Sisulu, Jacob Zuma and Robert Sobukwe – all of whom played pivotal roles in the overthrow of apartheid and the peaceful transition into democracy. As in all parts of South Africa at the time, the prison was racially segregated, and there were no white prisoners on the island. 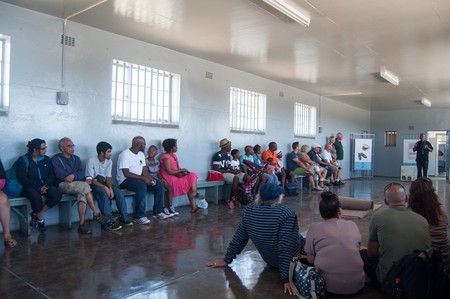 The tours are still run by ex-prisoners, and although we can’t know what will happen for generations to come, for those fortunate enough to still visit the island while the ex-prisoners are still alive, it offers a sobering reminder of the country’s recent history and the strength of the human spirit.

Although the island itself is without question a sombre destination, the ferry ride out there is remarkably scenic. On a clear day visitors have panoramic views of Table Mountain, Lion’s Head and the Atlantic Seaboard, and it’s sometimes possible to spot dolphins, seals and penguins in the water.

The ride back, with unique views of Cape Town, provides a perfect opportunity to reflect on some of the world’s most resilient spirits, and the elation that they too must have felt when they learned of their triumph over apartheid.