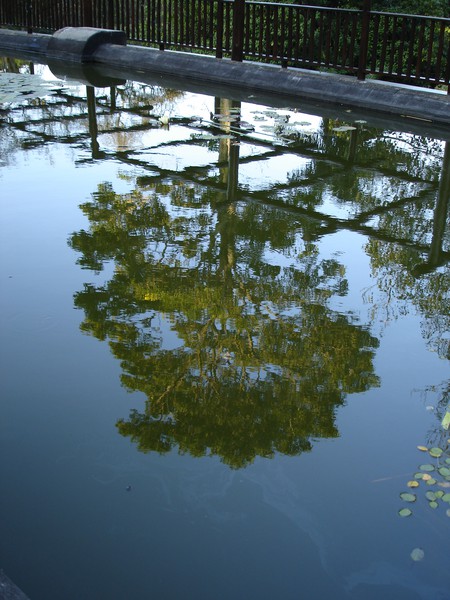 Africa’s oldest surviving botanical gardens is located in the heart of Durban and was established in 1849. We take a look back at this historic nature area.

Durban’s Botanic Gardens has been in existence for more than 150 years and it is the city’s oldest public institution. In 1848 members of the Natal Agriculture and Horticultural Society met at The Royal Hotel in Durban to found a botanical garden as part of the newly reestablished Kew Gardens in England. The Kew Gardens aimed to establish a series of botanical gardens across the globe which would assist in the introduction to plants of possible value. 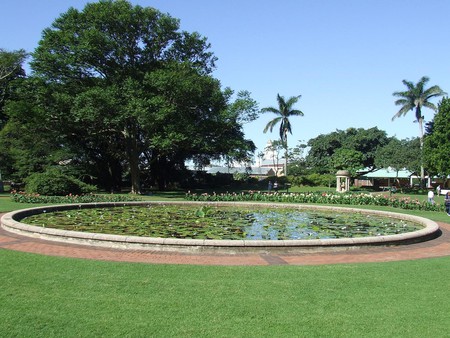 The site originally selected for Durban’s Botanic Gardens was the flat land at the end of Berea Ridge beside the Umgeni River, under the curatorship of Dr Charles Johnston. In 1851 the gardens were moved closer to town and the 35 acres were increased to 50. Curatorship was passed to a Scotsman called Mark McKen who had experience working on the old Bath Botanic Gardens in Jamaica. Known locally as “the professor”, McKen became one of South Africa’s classic plant hunters and many of Durban’s indigenous plants still carry his name in their scientific nomenclature. 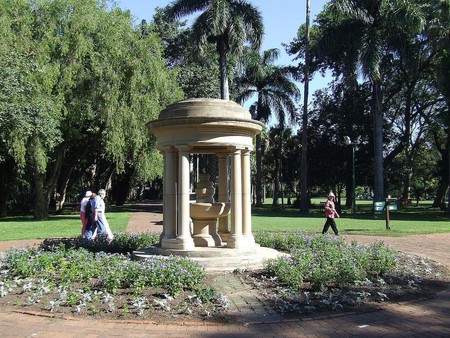 When McKen first took over the gardens, the environment was wild. One local news report in 1854 even claimed that a lion was found in the gardens. When the professor passed away in 1872, the economic depression partnered with a drought led to the decline of the Durban Botanic Gardens. But in 1882, under the curatorship of self-trained botanist John Medley Wood, the Botanic Gardens prospered. Under his leadership, the Durban Botanic Gardens was one of the greatest botanic gardens of the British Empire by 1890. The next decade passed with the decline of the gardens as public interest moved onto politics but in recent decades the gardens has seen a revival and it has become one of Durban’s top attractions. 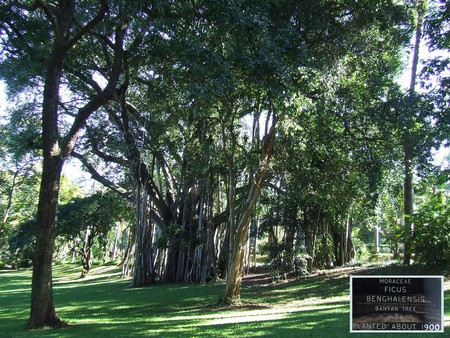 Today the gardens are part of a network of botanic gardens that focus on core areas of biodiversity, education, heritage research, horticultural excellence and green innovation. The gardens play a unique role in Durban‘s cultural landscape with substantial national and international tourism value. The Botanic Gardens house a major collection of cycads and palms and offer a rich range of material for researchers and students. The gardens have also won a few gold medals at the Chelsea Flower Show, bearing testament to its place in international horticultural excellence.

The Gardens boast a palm walk, a Japanese garden, an indigenous forest, a living beehive, a herb garden and even a ‘garden of senses’. It also has a tea garden (famous for its giant scones) a lily pond, gazebo, bell tower and a number of sculptures by local artists. 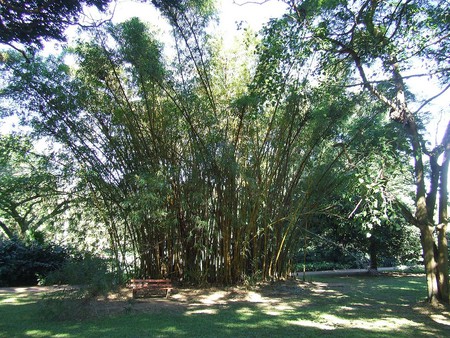 An orchid display house named after its curator from 1962, Ernest Thorp, has a collection comprising some 8000 orchids. While cycads are the most threatened group of organisms in the world, the Durban Botanic Gardens boasts the rarest cycad collection in the world, which it has been curating from its inception in 1849. Cycads are the oldest living seed plants and have survived three mass extinction events in the earth’s history but they are still facing a growing threat of extinction. The global conservation assessment of 308 cycad species shows that their status has declined from 53% threatened in 2003 to 62% threatened in 2010. The garden has a collection of 860 palms with the oldest dating back as far as the gardens itself — 150 years. 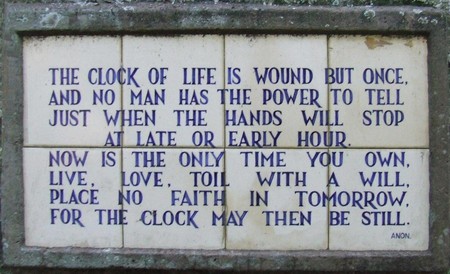 There is a visitors complex venue situated at the Durban Botanics Garden which is hired out to generate income for the gardens. The lake area, the amphitheater and the Juventus also host music festivals, dinners, Victorian tea parties, movie evenings, music at the lake and plant fairs.