9 Reasons Why You Should Visit Port Elizabeth 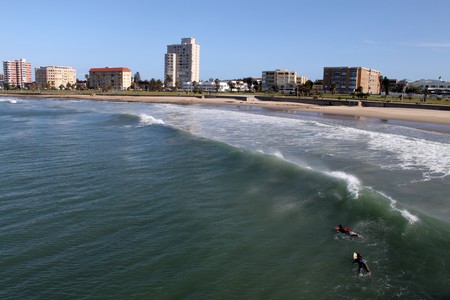 First time visitors to Port Elizabeth are often surprised at what can be enjoyed and experienced in this little nook of Algoa Bay, and taking a bit of time to uncover its secrets most often leads to unexpected and highly rewarding adventures. Whether you are chilling on the beach, exploring rich cultural history, or burning off some energy in one of the surrounding nature reserves, Port Elizabeth will mesmerize you with its charming surrounds.

The vibe of the tribe

Port Elizabeth locals are laid-back and easy-going, with an unrushed air that belies their city surrounds. They live on the Sunshine Coast, next to the ocean, and rarely have to drive more than 15 minutes to get to their next destination, so it’s no wonder that Port Elizabeth is nicknamed The Friendly City. The residents are affable and have a sunny approach to life that generally extends to everyone they bump into, so expect smiles, lingering chats and genuine connections with the people you meet. 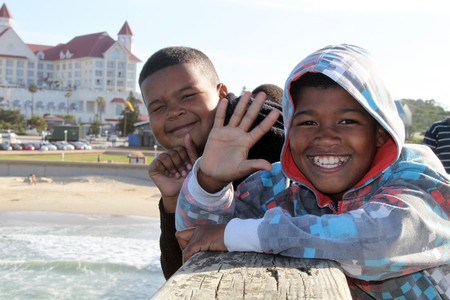 One of the most appealing aspects of Port Elizabeth is its moderate climate, turning warm summers into mild winters that then lead to crisp and fresh springs. With so much great weather it’s understandable why the beachfront is a popular hangout. The city has numerous beautiful beaches that are safe for swimming and other water sports, while the soft, white sand offers comfortable spots to throw down a beach towel and catch a tan. The beachfront promenade is peppered with sidewalk cafés and restaurants, so when the heat gets too much, simply slip on a sarong and go grab something cold – or better yet, take a dip in the ocean. 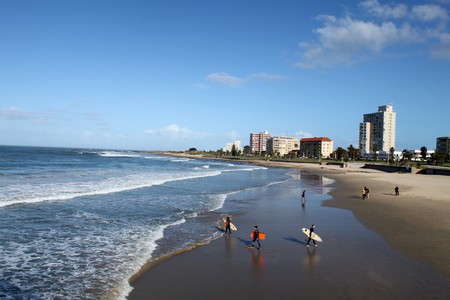 Some of the easiest game viewing around 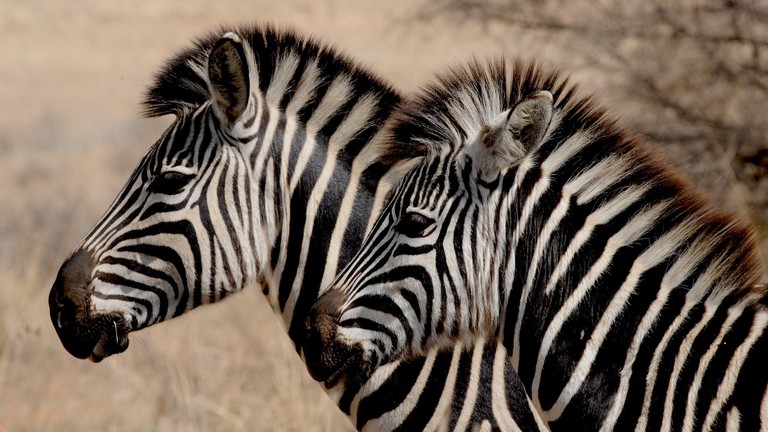 Zebras are plentiful at Kragga Kamma Game Park | Zebras are plentiful at Kragga Kamma Game Park
Most visitors to South Africa want to include game viewing in their itinerary and in Port Elizabeth this can be done without having to pack up and head off into the distant wilderness. Lying on the outskirts of the city is the Kragga Kamma Game Park, an unexpected little gem that hands visitors a mini safari experience on a plate. The well-marked circuit can be driven within a few hours and promises fabulous wildlife sightings as often as every few minutes. Buffalo, rhino, giraffe and zebra are plentiful, while the resident cheetahs are kept in a predator enclosure that can also be accessed by vehicle.
Open In Google Maps
Kragga Kamma Road, Kragga Kamma Port Elizabeth, 6015, South Africa
+27413794195
Visit Website
Give us feedback

Feel free among the fynbos

From Port Elizabeth it will take approximately 20 minutes to drive to the Van Stadens Wildflower Reserve, a journey that is well worth it, and one of the first things you will notice is the fragrant aroma of the indigenous vegetation that covers the landscape. Known locally as ‘fynbos’, the flora is unique to South Africa and thrives in sandy, dry conditions covering just under 7% of the country. Walking trails are plentiful and those who would like to get around a bit faster can bring their mountain bikes along, as the flat gravel roads provide ideal and scenic cycling conditions. 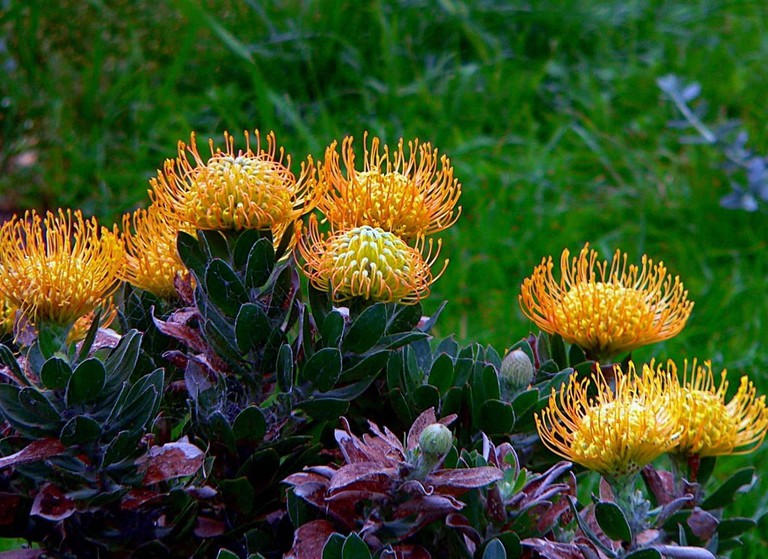 Head off to herds of elephants

The Addo Elephant National Park is one of the best known in South Africa and is situated approximately an hour from Port Elizabeth, making it a great day-trip choice. If you are planning a self-drive then grab a map at reception as the park is rather large, or take the more relaxing option and book a guided safari. The park is awash with elephants and is also home to the Big Five, as well as zebra and scores of plains game. Keep an eye on the gravel roads for the tiny dung beetle, the only known species besides humans to navigate and orient itself using the Milky Way. 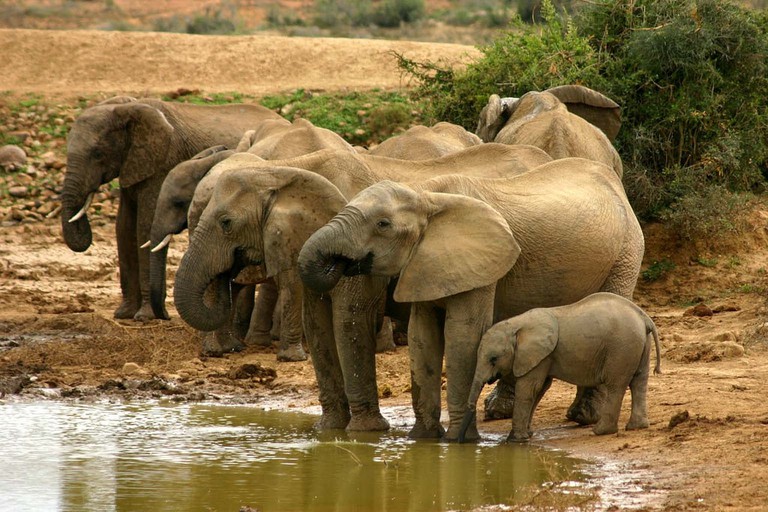 Back in the early days of South Africa many a battle was fought between the British and the Boers, and Port Elizabeth is littered with war memorials that honour those who perished in their fight for freedom. Probably the most poignant is the Horse Memorial that was built to commemorate the thousands of horses that died during the Anglo-Boer War. Prince Alfred’s Guard Memorial bows to volunteer infantry soldiers who lost their lives and is also a central ornamental feature in St Georges Park. 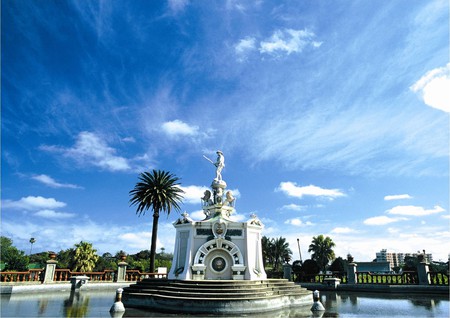 Route 67 is an inspiring walk through 67 public artworks that symbolise the 67 years that Nelson Mandela dedicated to securing the freedom and liberty of South Africa. All the artworks on view were created by artists from the Eastern Cape and consist of murals, sculptures, flow poetry inscribed in granite, and even a colourful pattern of paving bricks. The walk begins at Port Elizabeth’s iconic Campanile before moving onto various other locations around the city’s historic centre. 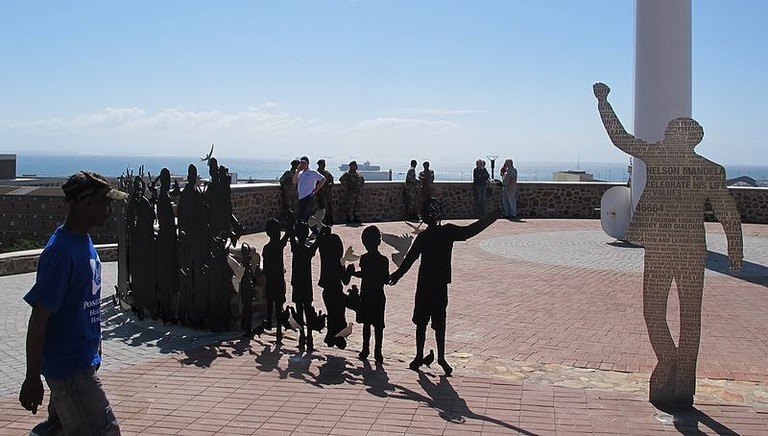 Port Elizabeth sprang into existence in the 1820s, when the first British settlers arrived to lay claim to Algoa Bay. The successful port brought great prosperity to the town which is reflected in a number of beautiful old buildings that still grace the city today. The old post office building is typical of late-Victorian style architecture, while the magnificent Feather Market Centre features enormous, wrought iron windows and was originally built to store ostrich feathers. No 7 Castle Hill stands as the oldest building in Port Elizabeth and is an excellent example of an early settler house. 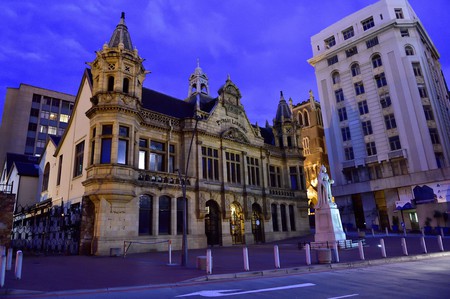 Hip and happening Stanley Street is a place to chill while you catch a bite to eat and mingle with the locals, offering all varieties of cuisine, from pastries and breads to sushi, pizza, seafood and sandwiches. It is the perfect place for breakfast, lunch or dinner, where the tables dotted along the pavements are always occupied by happy diners, infusing the area with laughter and talk. At night the trees glow with the twinkle of fairy lights and the streets come alive with late night revellers. 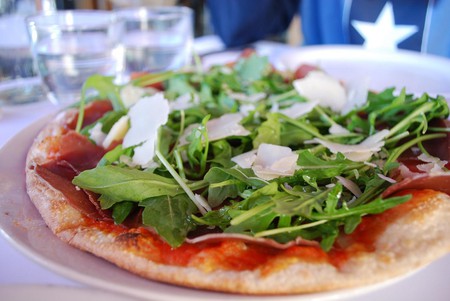 Dining at Stanley Street | © Alpha/Flickr | Flickr
Give us feedback