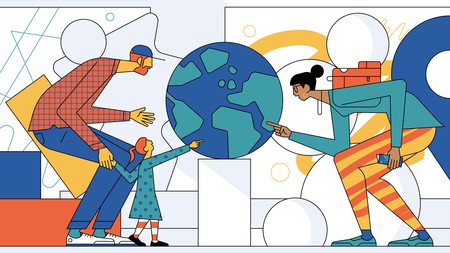 The grand opening of the Jean Nouvel-designed national museum in Doha, Qatar, and the return of the Biennale di Venezia Arte, which transforms Italy’s floating city into an open-air museum, are just two of Culture Trip’s five good reasons to travel for a love of art and design in 2019.

Launched in 1995 to champion design and creativity in South Africa, the Design Indaba Festival (27 February-1 March) takes over Cape Town every year. The festival attracts big names and emerging talent from a variety of creative fields – past speakers include designer Thomas Heatherwick, IKEA’s former head of design Marcus Engman, musician Imogen Heap and entrepreneur Martha Stewart – and the graphic design speakers, ranging from renowned agency folks to lesser-known artists, are always among the best. The Zeitz MOCAA, which opened in 2017 and exhibits 21st-century art from Africa and by the African diaspora, tops Cape Town’s sizeable list of museums and art galleries.

Over the last few decades, Qatar’s capital city has transformed into an international hub of culture. With the backing of Sheikha Al Mayassa bint Hamad bin Khalifa Al Thani (chairperson of Qatar Museums and sister of the country’s Emir), celebrated architects from around the world have come to Doha to help shape the city’s urban landscape. Impressive artistic institutions such as the Museum of Islamic Art and the recently opened National Library have cemented Doha’s place on the cultural map. The city will be celebrating the opening of Jean Nouvel’s phenomenal National Museum of Qatar on 28 March. Inspired by a desert rose (a formation of sand crystals that mimics fanned petals), Nouvel created a 40,000-square-meter museum that incorporates the historic Palace of Sheikh Abdullah bin Jassim Al Thani. The museum will explore the history of Qatar with its collection of precious artefacts, interactive displays and commissioned artworks by Qatari and international artists. 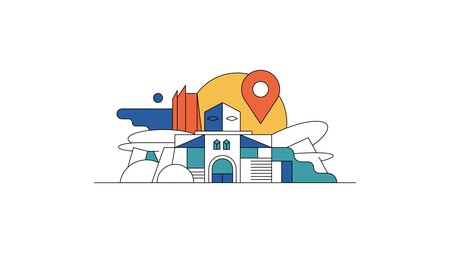 The best time to visit Venice is during the Biennale di Venezia Arte, which takes place every two years between May and November. The watery city is totally transformed by the international festival and you are guaranteed to stumble across mind-blowing art as you wander along alleyways and across bridges. In previous years, Lorenzo Quinn installed giant hands emerging from the grand canal to ‘prop up’ a building and Subodh Gupta exhibited a giant skull made out of curry pots. Head to the national pavilions in the exquisite Giardini or the renovated Arsenale, or check out one of the Venetian landmarks opened up to art lovers by the Biennale. Just remember to pack waterproof shoes as flooding is common!

Located on the River Loire and surrounded by beautiful countryside, Nantes is among France’s most picturesque cities – but there’s more to it than quaint streets and pastoral views. It’s home to the innovative annual art festival Le Voyage à Nantes, which will be held in 2019 from 6 July to 1 September. Each year, new artworks are commissioned for the city and some remain after the festival finishes, meaning there’s always plenty to discover here, from quirky street art by illustrator Jean Jullien to Daniel Buren and Patrick Bouchain’s beautiful neon sculptures by the riverside. There’s also a huge mechanical elephant that visitors can ride inside as it walks the streets, squirting water over bystanders. Add Nantes’s young population, walkable city centre and vibrant restaurant scene into the equation, and you’ll soon understand why it is fast becoming a destination for the visual arts. 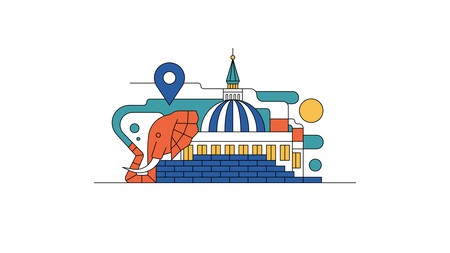 Istanbul is a mixture of ancient opulence and contemporary creativity. Striking imperial and religious architecture meld awe-inspiring Byzantine and Islamic design and the skyline is pierced by the minarets of over 3,000 mosques. The Istanbul of old can be experienced by visiting the exquisite Hagia Sophia, Blue Mosque and Topkapi Palace, and the contemporary art scene can be sampled at institutions such as Istanbul Modern, the Dirimart gallery, the beautiful Sakıp Sabancı Museum and the former 15th-century foundry, Tophane-i Amire. The best time to visit is during the Istanbul Biennial. The 2019 edition (14 September-10 November) will be curated by Nicolas Bourriaud, co-founder of Paris’s Palais de Tokyo, and it promises to feature local and international artists responding to pertinent themes of our time. 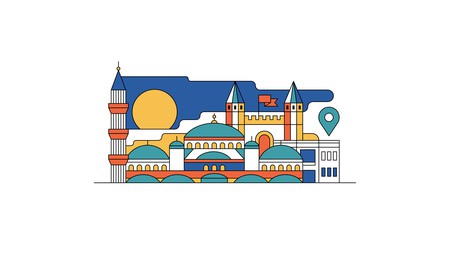 For more of this series, check out our wishlist article on fashion tourism in 2019.