Top Tips On Remaining Relevant As A South African Artist

Certain local exhibitions in Stellenbosch, South Africa have failed to attract a broad student audience. Being relevant, and the even more arduous task of remaining relevant is not an easy feat, especially in such a dynamic South African art scene. Although there is no secret formula for relevance, here are four key tips that might help. 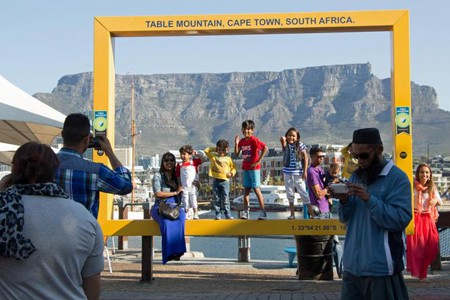 Artwork should be firmly rooted in the here and the now

Universally accessible but culturally specific, art should simultaneously evoke emotion and thought. Banksy would be a pertinent example of an artist who has managed to become and remain relevant by addressing societal and political issues in Britain. By reconstructing pop culture with a sharp social and political wit, Banksy has garnered a vast audience resonating deeply with students. Many students concede that graffiti remains their most relevant form of art; stemming partially from the illegality and rebellious nature of the art form. Graffiti has been criticised as being too juvenile and when attempting to emulate street graffiti in a gallery space, it loses its rebellious appeal. It can have a diametric effect, as with the case of the Cape Town based Brundyn+ Gallery, which tried to curate an exhibition featuring the Tokolos Stencil Collective from Cape Town. The Tokolos-stencils ultimately sabotaged the exhibition by tagging the exterior walls with ‘Bourgeois Gallery’ and brought a portable toilet, filled with faeces, into the gallery space. Take it as a forewarning, prospective curators planning a graffiti series.

The art form you choose to work in can affect success

Students have revealed that they generally prefer pop art to conceptual art; which can be substantiated by the favourable local pop art market including, successful art collective Avant Car Guard. They have exhibited work both locally and internationally. South African artist and designer, Peet Pienaar has a wildly fascinating oeuvre of provocative and thought-provoking art; especially in his earlier work, exploring the fanatical and sometimes homoerotic treatment of South African Rugby players. His recent Bruce Lee project incorporated Cape Town’s premier local bands and musicians with a touch of pop art flare.

The trends you embody have dire or determining implications

There are several paths you can follow when trying to be relevant; either create new trends, resurrect old ones or emulate current ones. If the latter is more to your liking, then hopping on the #selfie bandwagon is almost inevitable. Selfie appreciation is bipolar; you either hate or love it. Whichever the case, selfies have proven to be a resilient fad. Taking photos on your smartphone has become so entrenched in our daily lives, so why not capitalize on that? You don’t have to duplicate the selfie but for instance revive the bygone photo booth effect by integrating Smartphones and selfies in your art or gallery. In keeping with the selfie trend, the Table Mountain Yellow Frame initiative has also caught the eyes of iphonographers, snapping photos from prime locations in Cape Town with Table Mountain in the background. This is a fun and interactive art project incorporating aspects of Cape Town and makes it accessible to anyone with a camera or smartphone.

Cape Town-based artist, Lorraine Loots has opted to create her own trend and has been making waves on Instagram with her 365 Postcards for Ants project, which has proved to be a highly successful venture. Taking somewhat mundane objects that one might normally take for granted and creating tiny artworks with such acute detail that one can be nothing but amazed. Loots creates a new, original artwork every single day for an entire year, hence the title. At a remote farm in Montagu, I recently noticed her mini-artworks as fridge magnets, illustrating the far-reaching appeal her project has achieved.

Social media is your friend

If honed correctly, correct use of social media can certainly garner much attention and business. Ideally, you should use social media such as Twitter, Instagram and Facebook as a means of reaching people – not as the sole objective of your marketing strategy. Posting pictures, relevant updates and the odd competition essentially reminds your audience of your existence (without sounding too melodramatic) and keeps you fresh in their minds. Over-saturating newsfeeds with detailed descriptions and mundane trivialities will denigrate any effort of remaining relevant.

If a gallery or museum merely exhibits conceptual art and is struggling to attract a younger audience they should consider revising their modus operandi. Broaden the spectrum to include pop art or anything more youthful and be aware of current trends. Most importantly is being able to change and adapt, there is no place for rigidity in relevant art.