How To Embrace Wellbeing in Cape Town 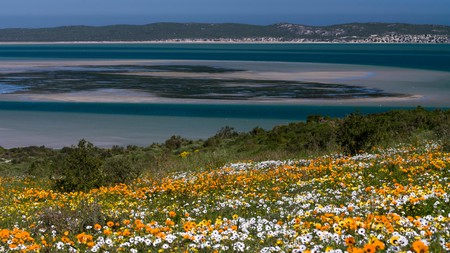 Cape Town is filled with peaceful places in which to unwind – like the flower meadow at West Coast National Park, part of the Cape Floristic Region | © imageBROKER / Alamy Stock Photo

With wildlife, beaches and clear skies the first images of Cape Town which come to mind, it’s a given that time should be spent outside.

Avoid the overcrowded tours and traditional ways of seeing the city, and choose instead to explore the landscape with activities that clear away the cobwebs in the process. Here are three for starters.

Arguably Cape Town’s most iconic landmark, Table Mountain is known for serving up the best views of the city from high up at 1,085 metres (3,558 ft). A perhaps lesser-known fact about Table Mountain is that it’s considered the earth chakra of the world. This, to many, means it’s a sacred, spiritual place that radiates magnetic energy. Naturally, it makes for a great place to balance the rest of those chakras. Find some zen through jumping in the cable car to reach the top and then tap into your inner yogi with the Yoga Wellness and Meditation Experience. Think salutations looking out on the Mother City. 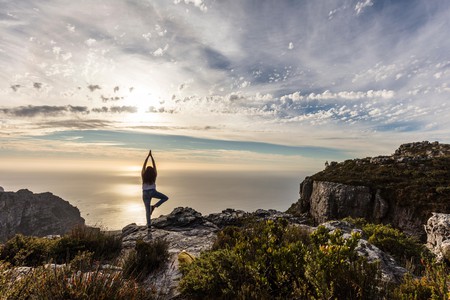 Connect with nature in the Cape Floristic Region

Cape Town is the most biodiverse city in the world, with at least 1,500 animal and plant species more than the next city on the list, La Paz in Bolivia. The Cape Floristic Region is a huge biodiversity hotspot for its concentration of endemic wildlife and animals. Within this UNESCO World Heritage-protected site and floral kingdom are 9,000 plant species that you can only find here – mind, it might take some time to trace them all. When it comes to creatures, a quarter of the world’s reptiles can only be found here, which is also the case for five species of tortoise, six rare species of land birds, sixteen amphibians and four mammals. 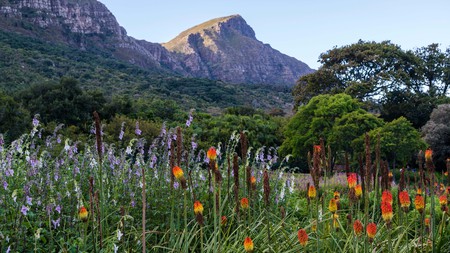 Learn how to stand-up paddle board at Surf Emporium

Cape Town is revered for its coastline. Both the Indian and Atlantic oceans border this city, which has 10 beaches with Blue-Flag status labelling them as sustainable and safe. From the waterfront, explore these stretches of sand on a stand-up paddle board. As a unique way to get around, get some peace and quiet and get in a guaranteed workout, head to the Surf Emporium on Muizenberg’s scenic Surfers Corner for a lesson in the art of paddleboarding. Its founder is nine-time South African surfing champion Roxy Davis, so you’ll be in good hands. Plus, once confident out on the water you can look at enrolling in their surf club, too. 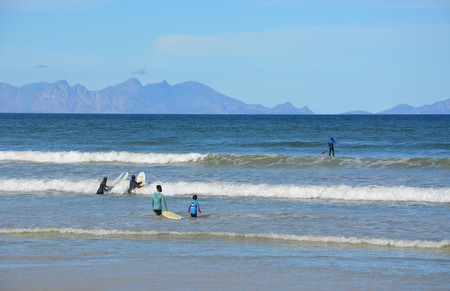 Surfing is a must in Cape Town, particularly at the scenic Surfers Corner | © D Guest Smith / Alamy Stock Photo
Give us feedback