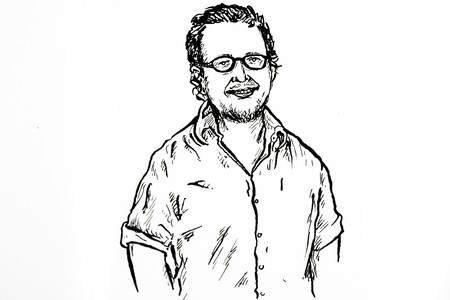 As part of our “20 Literary Translators Under 40” series, we interviewed Afrikaans, Dutch, and French language literary translator Jan Steyn.

What are you currently translating?
I’m currently working on a project without a publisher: Fatou Diome’s first collection of short stories, La Preférence Nationale. Diome’s voice is so cutting in such an unexpected way; it is a great antidote to the anodyne prose of short stories coming out of the MFA mill. Of course this also makes her jarring to editors trained in that tradition, and I don’t think anyone can blame a publishing house for not taking on a book of short stories, which almost always will be a charitable donation in the service of good literature for them. Still, I don’t think anyone who doesn’t have at least a small predisposition toward tilting at windmills would choose to become a translator.

What approach or procedures do you take when translating?
My approach is not the same now as when I started off. When I first began translating, I made a thorough study of each work, logging important repeated words and phrases, annotating all the works by the author in question, reading all the press and academic articles I could get my hands on. What I’ve realized since is that one’s first, spontaneous impression is a fragile thing. I like to make small marginal notes as I’m reading, not about the book but about my reaction to the book. And then I like to discuss it with other readers. I’ve become much more focused on how a book works as a machine for engaging readers, and with questions about whether readers in a different culture can be engaged in similar or equivalent ways, than on meaning.

What kinds of works or regions do you gravitate toward?
I’m constrained by my linguistic skills—Afrikaans, Dutch, English, and French—to regions where those languages exist. As it turns out, this gives me plenty to work with. I’m first a reader and then a translator. It’s actually a great relief to me to find that something I really love already exists in translation or is already being translated. It takes me off the hook. The works that I feel most drawn to are those that I keep talking about to my Anglophone friends (or students) but then cannot ask them to read.

Who or what are some untranslated writers or works that you would like to see in English? Why?
Willem Anker is the best untranslated writer, and one of the best writers full stop, that I’ve read in Afrikaans. Reading him, I feel that it is absolutely imperative that someone makes his frontier novel, Buys, available to readers of Cormac McCarthy.

What are some of the more interesting literary developments happening in the language or region you translate from?
Well, I’ve said something about French (Diome) and Afrikaans (Anker), so let me answer this question with a remark on Dutch literature. There is, it seems to me, a sudden explosion of talented young authors in Dutch that has not yet registered in English translation. I’ve recently read excellent books by authors in their twenties and thirties—Philip Huff, Lize Spit, Haro Kraak—as well as more established authors such as Thomas Rosenboom who have yet to appear in translation. (Of course, even some important works by luminaries such as Gerard Reve remain un-Englished). Off the cuff, too quickly, and far too broadly, I’d say that these new works are smaller, more personal, humbler, subtler, less existentially weighty and less given to elaborate fantasy (even when the premise is fantastic) than their forebears. And I find the results quite pleasing.

What is a recent translation challenge you faced?
Fatou Diome has some humorous passages about produits bio (organic produce). It’s almost impossible to get the tone right; it’s far too easy to slip into an easy anti-hipster humor or Portlandia-type satire that is simply not applicable to the time and place of Diome’s story. Her humor barely covers over a feeling of disgust at the privilege of consumers of produits bio in relation to the domestic workers they employ from the ex-colonies who cannot themselves afford, and are in a sense equated with, these expensive “all natural” luxuries. But push too hard on the disgust and the humor is lost. It’s a balancing act that involves a judgment of what is important in the effect that the original creates and what parts, or what combination of parts, can and should be carried across into the receiving culture.