Canola Fields in the Cape Overberg | © Craig Howes
There’s no shortage of amazing road trips that start in Cape Town—The West Coast and the Garden Route may be two of the most popular routes to follow—but the Western Cape’s Overberg region is perhaps the most scenic, accessible, and diverse of the lot. Just 90 minutes from the centre of Cape Town, end up at the foot of dramatic mountains, drive through endless fields of canola, and get up close and personal with the best nature and wildlife that the Cape has to offer.

Whether looking for a spike of adrenaline or simply wanting the chance to take in some of the Cape’s most stunning and unspoilt scenery, head to the Cape Canopy Tours. There are 13 elevated platforms set on the cliffside of a pristine valley. Whip between them attached only to a thin wire. Adrenaline junkies can push their limits on some of the country’s longest and fastest zip line routes while the more timid can limit their speed and take in the remarkable views instead. 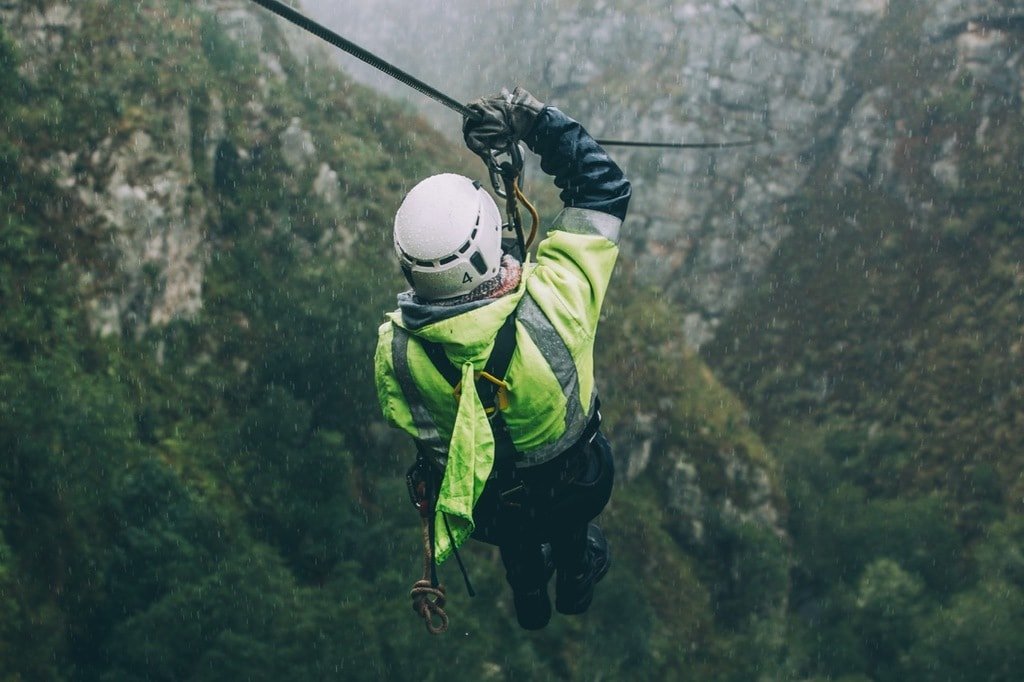 The once sleepy town of Grabouw is positioning itself as the mountain biking epicentre of the Cape. As a regular feature on the world famous Cape Epic route, it’s hardly surprising. The Trail’s End Bike Hotel is an adventure centre in the heart of the action and they rent out bicycles, offer advice on routes for all skill levels, and provide warm, comfortable accommodations to clean up in following an incredibly muddy ride through the hills.

Hike to waterfalls in Swellendam

Set at the foot of the Langeberg Mountains, Swellendam is the perfect retreat for outdoor lovers. There are endless hikes up into the mountains just a short drive from the quaint town, but the most accessible and beautiful may be those that wind their way through Marloth Nature Reserve. Hikes there go past waterfalls and offer panoramic views of the Overberg coastline. 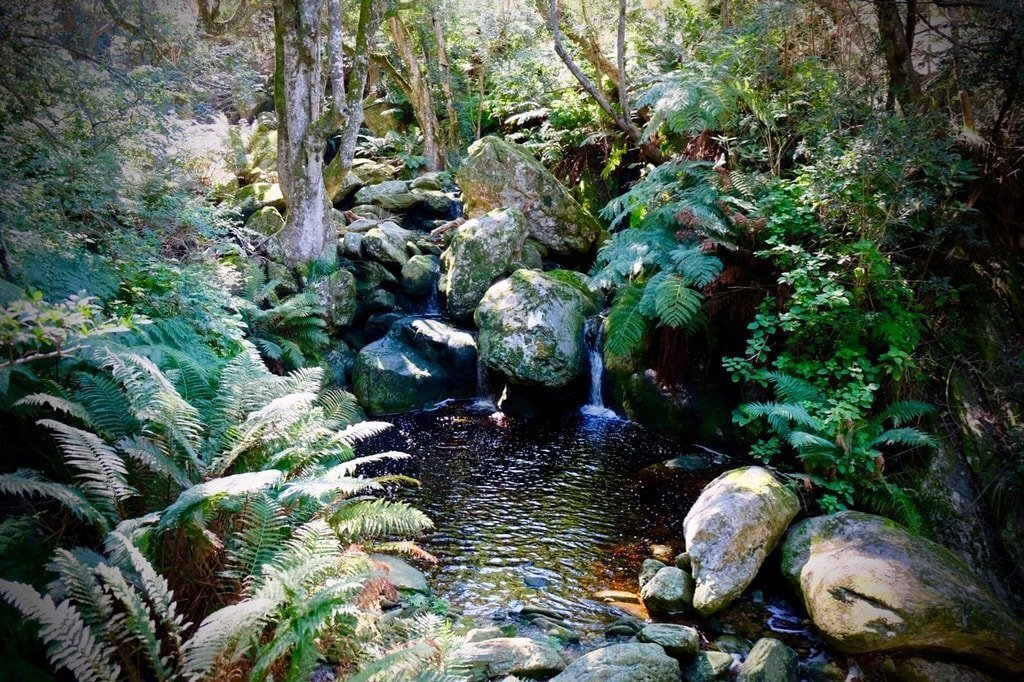 Gansbaai may be best known for its white shark diving, but those who aren’t fans of getting close to the large predators, there’s an equally exhilarating activity to embark on—cycling on the isolated dunes on Fat Bikes. Guided tours go along secluded paths and down near vertical drops until the end of the route at one of the most secluded beaches on the coastline. 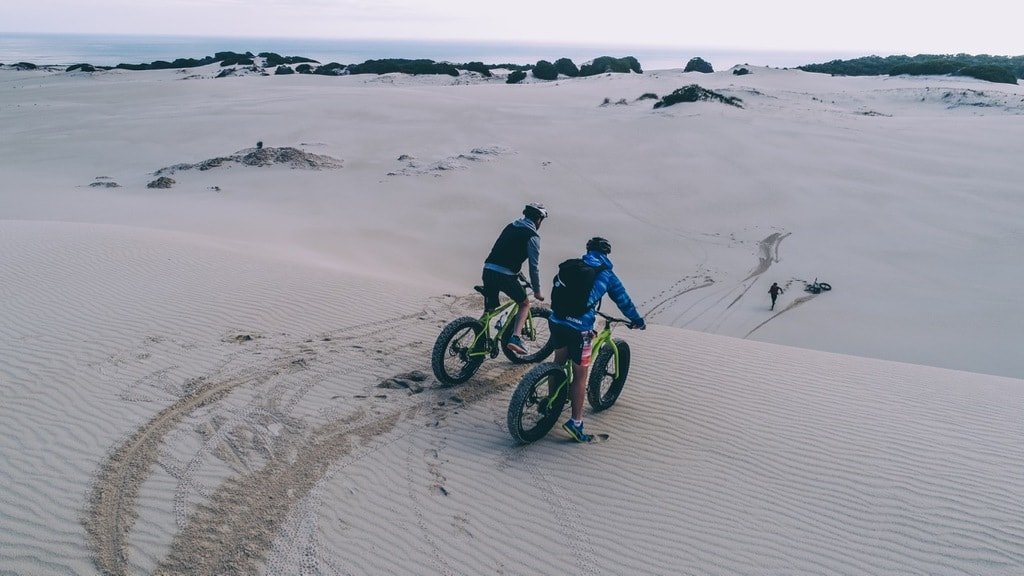 Riding Fat Bikes on the dunes in Gansbaai | © Shawn Ogulu

Taste wine and dine out at dozens of estates

There is no shortage of wine farms in the Overberg region. Each offers something unique, from vast tasting menus at Creation to the classic high-end cellars of Bouchard Finlayson. It’s worth seeking out several estates on a guided or self-drive wine tour. Those who don’t want to drive, Hermanus Wine Hoppers goes between the most popular of these on a custom tour. 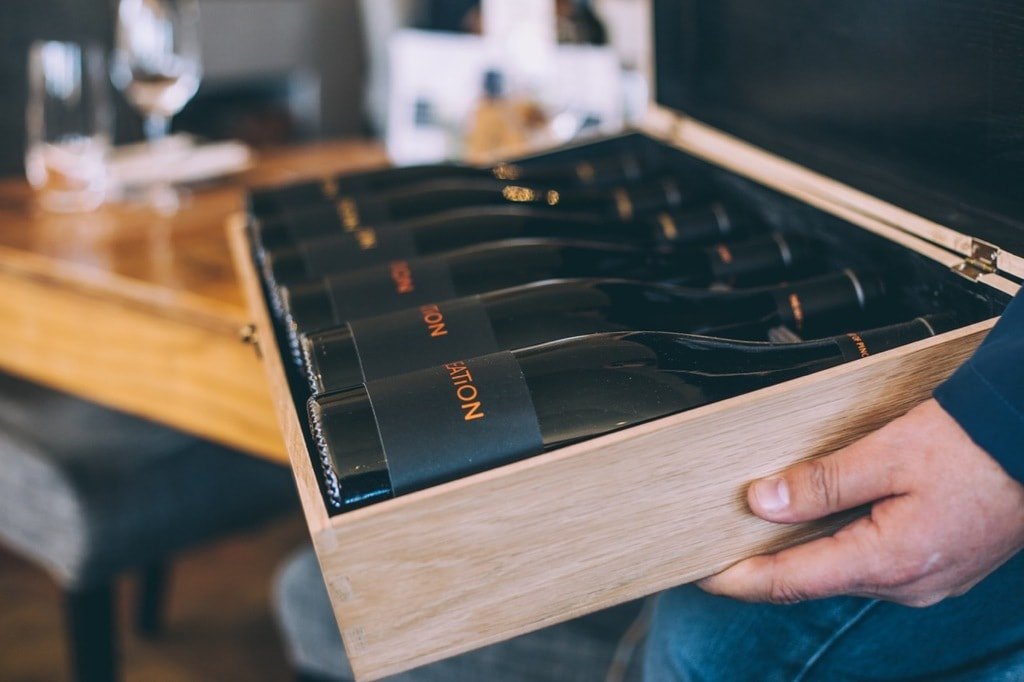 Hermanus is the largest town in the Overberg region, and much of its popularity stems from its legendary whale watching opportunities. Between June and December each year, it’s common to spot these magnificent beasts frolicking in the bay. It’s one of the most celebrated locations for whale watching in the world. There are several companies that offer boat excursions to get you close to the whales, but it’s also one of the best places to experience land-based viewings. 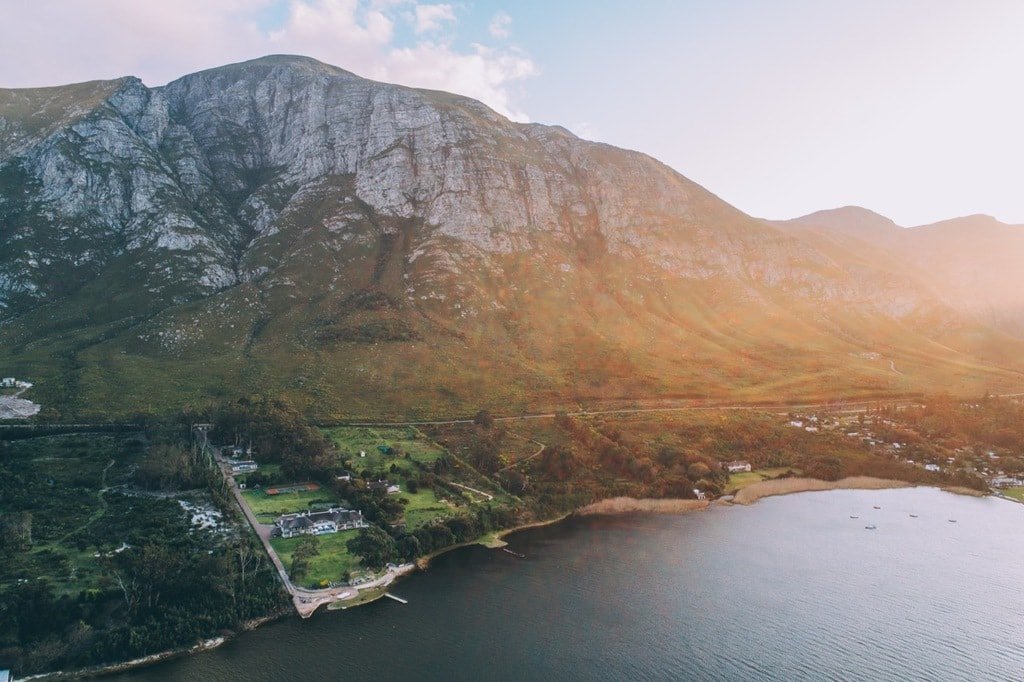 The small, family style atmosphere at Klein River Cheese may make it seem low-key, but they supply some of the country’s biggest supermarkets and retailers with their various cheeses. They are open to the public and visitors can pop in to purchase directly from the factory, taste a selection of their products, or picnic on the lawns in the idyllic surroundings just outside the small town of Stanford. 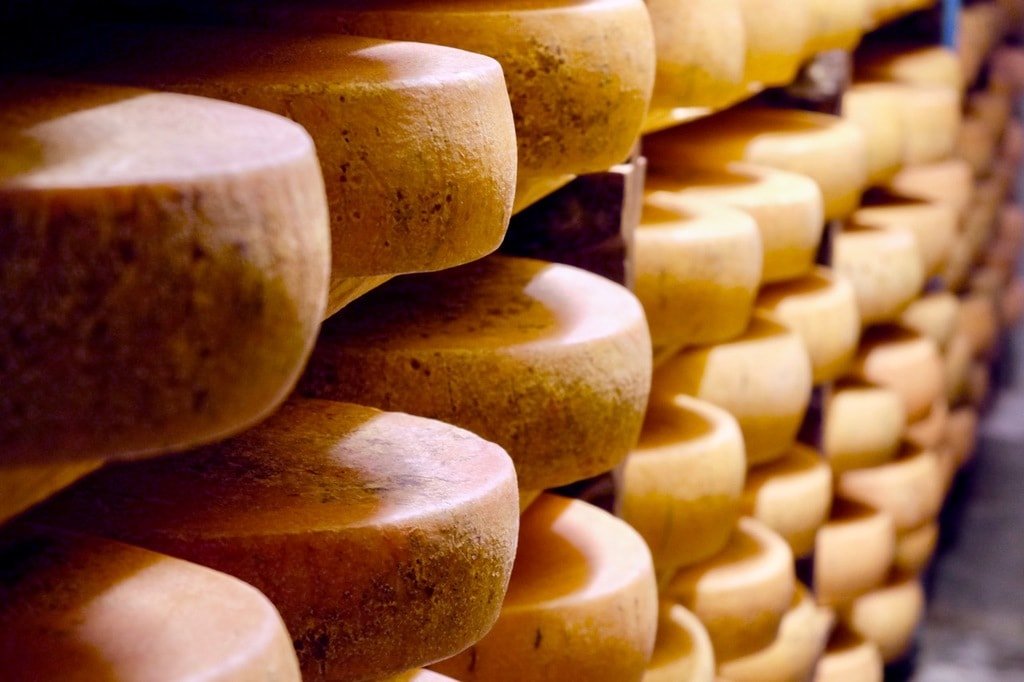 Though the Peregrine Farm Stall across the road tends to attract most road trippers heading through the Overberg, it’s worth slowing things down for a Texas-style meat extravaganza at the Hickory Shack. This country-style restaurant may draw its influences from the American South, but it fits in perfectly with the surroundings of the beautiful Elgin Valley. 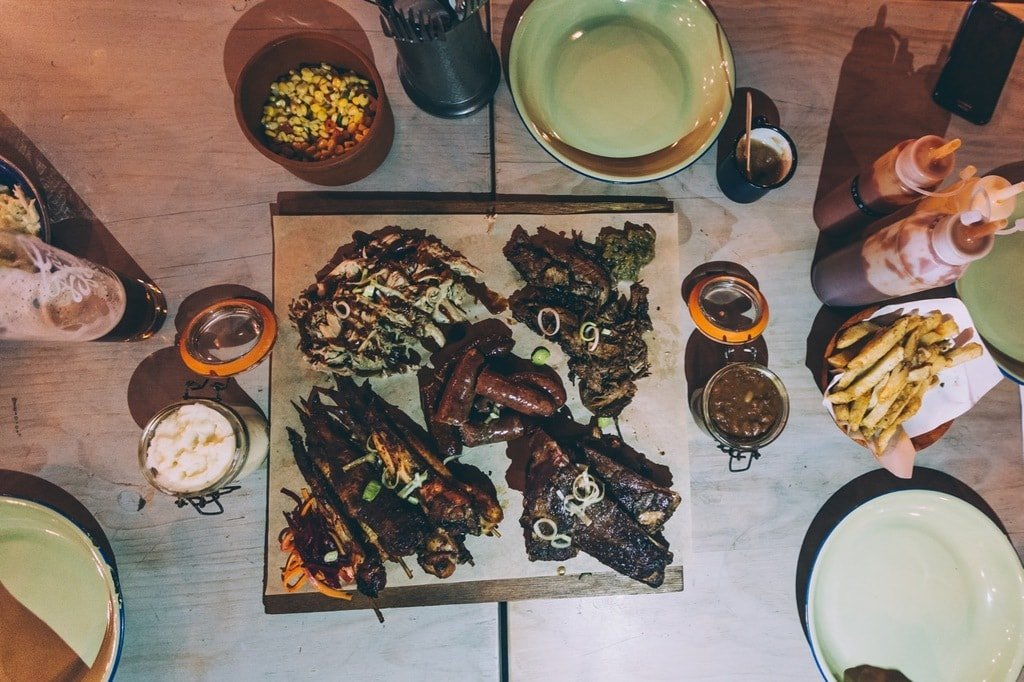 Abalone is one of the most sought-after delicacies around the world, and as a result, it’s become increasingly endangered. Illegal poaching has placed this sea snail in the spotlight in South Africa, but at Heart of Abalone in Hermanus, learn more about these unique creatures in a fascinating tour and legally sample a dish that many consider the most exceptional in the world. 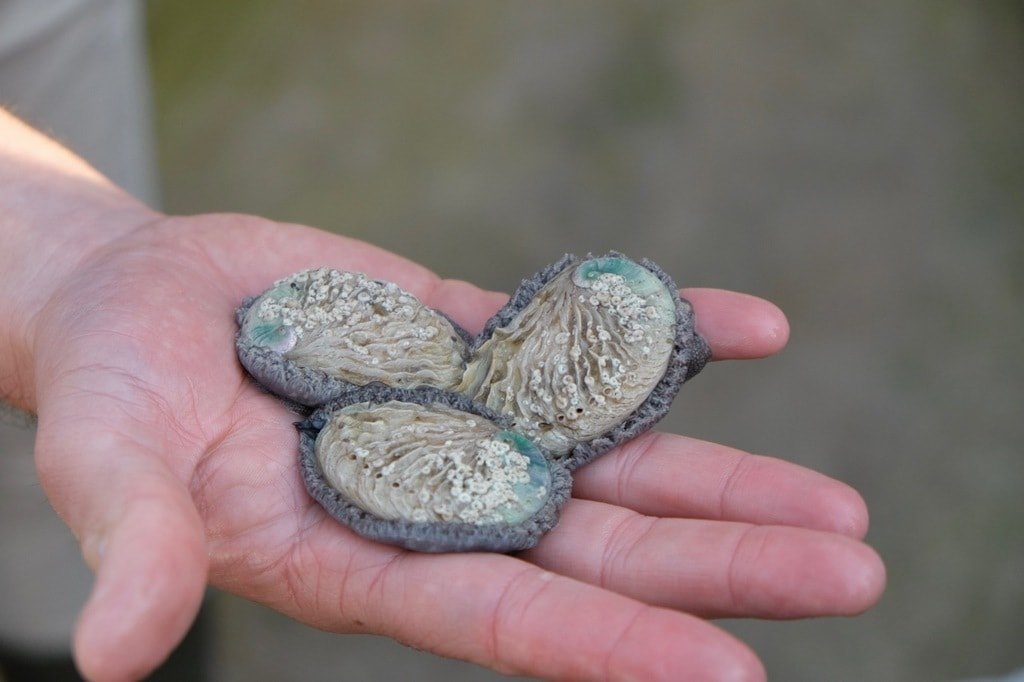 Living abalone at the Heart of Abalone | © Andrew Thompson

Take an exhilarating boat ride around the southernmost point of Africa

The most southern tip of Africa is at Cape Agulhas, and it’s possible to visit the rough location where the Indian and Atlantic Oceans are presumed to meet. The sleepy seaside towns in this region are fascinating to visit, but for a truly thrilling way to experience their beauty, head out to sea in a speedboat operated by one of the many local companies. 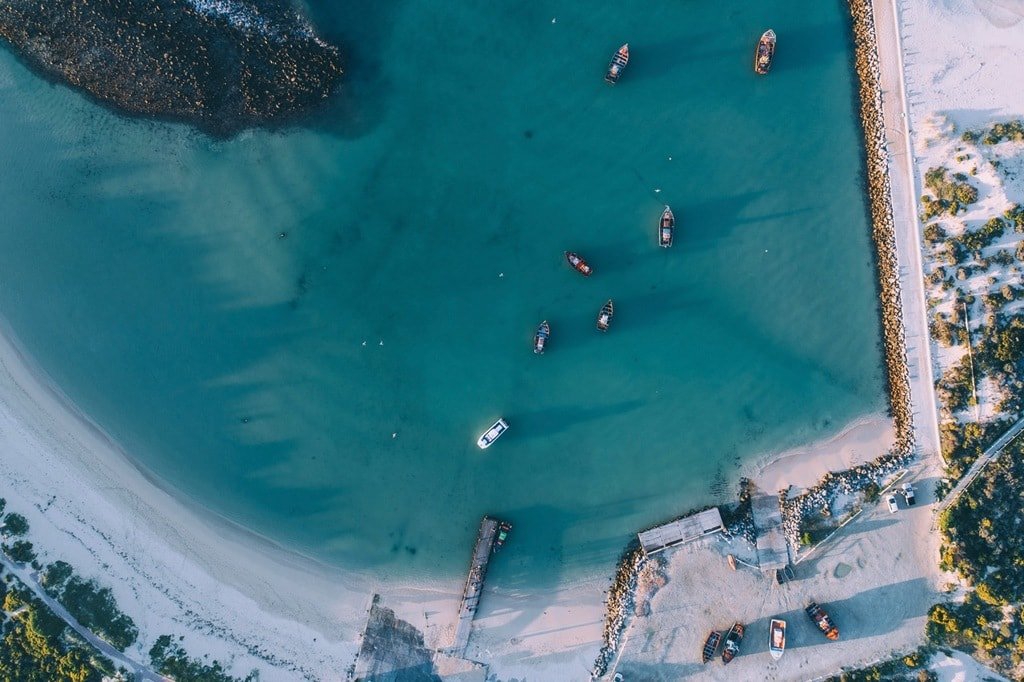 Drive the quiet backroads of the Overberg

Perhaps the best thing to do in the Overberg is to simply drive the spectacular rolling hills through vast fields of canola. The roads in the region are high quality, and there’s also a chance of stumbling across some lesser-driven dirt roads that offer even more atmosphere. But as far as weekend road tripping from Cape Town goes, there are few drives better than those through the Overberg.

Driving the quiet backroads of the Overberg © Shawn Ugulu