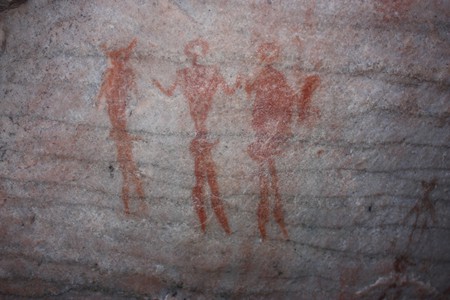 The remains of Sarah Baartman are buried in a modest grave in the tiny farming village of Hankey in the Eastern Cape. Austere, brown stones mark the site, and a plaque somberly highlights the hardship and exploitation of her short life. Although she died in 1815 she was only buried in her current resting place in 2002, and her grave has been declared a South African National Heritage Site. But who was Sarah Baartman and how did life take her from a rural Khoisan village to becoming the “Hottentot Venus” of London and Paris? Here are 11 little-known facts of the life of Sarah Baartman.

How she got the name Sarah

Sarah Baartman, or Saartjie, as she was often referred to, was named Ssehura at birth by her Khoisan parents. Although her exact date is birth is not known, it is estimated to be around 1789. She belonged to the cattle-herding Gonaquasub group who resided in the Gamtoos Valley in the Eastern Cape of South Africa. She was re-named Saartjie, a diminutive form of Sarah in Dutch, when she was sold into slavery to a trader named Pieter Willem Cezar. 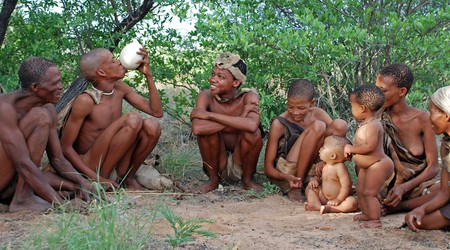 Sarah grew up on a colonial farm near Hankey where it is believed she worked as a servant after losing both her parents during her adolescent years. Around the time Sarah was 16 years old, Dutch colonialists seeking to expand their empire came into conflict with the indigenous Khoisan people in the Eastern Cape, and many were absorbed into the Dutch labor system. Sarah became the “property” of Cezar, who set the future tragic timeline of her life. Initially, she was shipped off to Cape Town as a servant but things were soon to change.

The making of Hottentot Venus

At the time Sarah arrived in Cape Town, indigenous African women were considered abnormal, inferior, and paradoxically, exotically desirable to many white Europeans. Sarah, with her honey brown skin and other exotic features that included her characteristic Khoisan large and protruding buttocks, soon found herself the focus of curious attention. Her distinctly non-European look with whispers of sexual intrigue caught the eye of surgeon William Dunlop who made a deal with Cezar to take over “ownership” of Sarah. 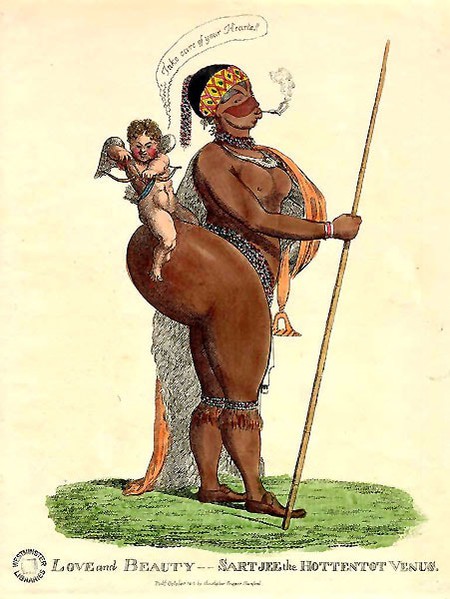 Dunlop put Sarah on display in London as a primitive and extraordinary phenomenon of nature, exhibiting her half naked body to anyone who was willing to pay the one shilling admittance fee. For a higher price, the more affluent in society could touch her. Her large buttocks, in particular, were a point of interest. London fashion at the time emphasized women’s derrieres with extravagant bows and frilly bustles and Sarah’s buttocks where grotesquely inspected and secretly craved. 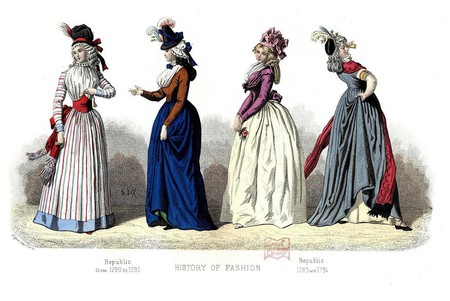 Although it has been said that a contract of agreement was signed between Sarah and Dunlop, this is highly unlikely as Sarah would not have been able to read or write. However, her contract allegedly stated that she would work as a domestic servant and be exhibited for entertainment purposes. For this inhuman employment, she would receive a portion of the entertainment earnings and be allowed to return to South Africa after five years.

Sarah never did make it home alive and after being put on display as a half-clothed oddity in London she was taken to France and sold to an animal handler. Here her exploitation and degradation intensified as she was led around and given instruction like an animal, while her female organs were studied as an object of macabre interest and sexual peculiarity. It is also believed that during this time she fell, or was forced, into prostitution and became a heavy drinker. 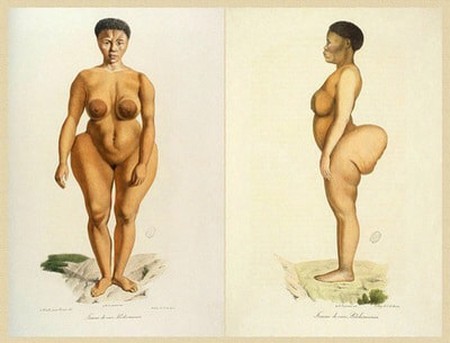 Depiction of Sarah | © Tribes of the World/Flickr

During her time in France, historical documentation on Sarah’s life becomes conflicting. While some claim she was given the option of being set free and returning home, others believe that she was coerced into continuing her role as Hottentot Venus. It could be argued that by this stage Sarah had lost all self-respect and hope and had, in a sense, given up on life. Some reports claim she enjoyed the attention and company of French high society while others believe she was used as nothing more than a prostitute and object of sexual interest.

A twist in popular perception

Popular white European opinion of the time viewed Africans as an oversexed, primal, lesser race, representing the link between animals and humans and the lowest form of human development. According to reports, however, Sarah was multilingual and, due to the diverse cultures that she had come into contact with, could fluently speak her own native language in addition to French, Dutch, and English. French naturalist Georges Cuvier, who had an intense interest in Sarah, described her as intelligent with an excellent memory for faces. Ironically he was also of the opinion that she had ape-like traits and compared her to an orangutan and a monkey. 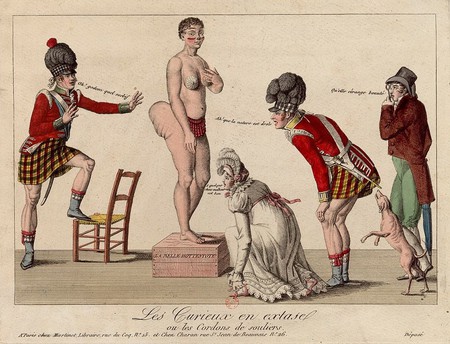 Sarah died at the age of 26 from an inflammatory disease that was believed to be related to syphilis, alcoholism, smallpox, or pneumonia. Sadly her freak show display continued macabrely after her death. Although Cuvier did not perform an autopsy on Sarah, he did make a plaster cast of her body before dissecting it. Cuvier’s dissection of Baartman helped shape European science with Sarah, and other African women thought of as “savage” and distinct from the “civilized female” of Europe. 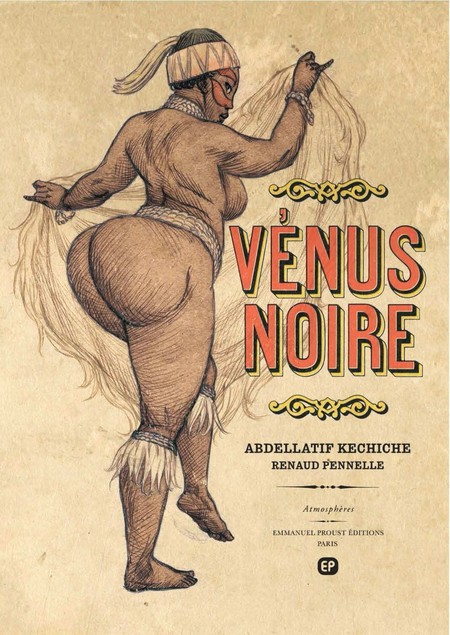 After Cuvier had dissected Sarah’s body he pickled her brain and genitalia and placed them in jars on display at the Musée de l’Homme in Paris. There they remained for over a century until 1974, as “proof” of Culvier’s theory of racial evolution. Her organs, genitalia, and buttocks were thought to be evidence of her sexual primitivism and intellectual equality with that of an orangutan.

The struggle to get Sarah home

Following South Africa’s first free and democratic elections, then president Nelson Mandela requested that Sarah’s remains be returned to the country for burial. After much legal wrangling and debates within the French National Assembly, France acceded to the request on March 6, 2002, and Sarah’s remains were repatriated to her homeland in the Gamtoos Valley two months later. She was buried on August 9, 2002, over 200 years after her birth. 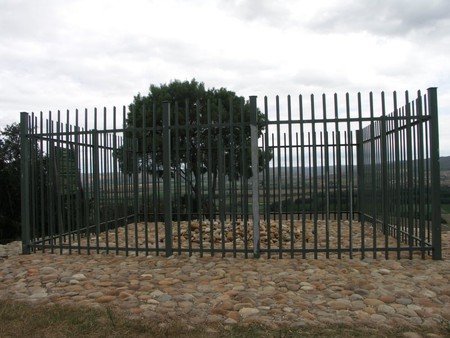 Sarah is the first documented Khoisan to arrive in Europe and, although much of her story has been lost, over the years she has come to be seen as the epitome of colonial exploitation, racism, and commodification of black people. Several books have been published about her treatment and cultural significance, with author Natasha Gordon-Chipembere penning, “She has become the landscape upon which multiple narratives of exploitation and suffering within black womanhood have been enacted,” yet amid all this “the woman remains invisible.”

The life of Sarah Baartman was first brought to public attention by the 1998 documentary The Life and Times of Sara Baartman and the 2010 film Black Venus.