Southernmost tip of Africa | Vincentvanoosten/Pixabay
Drawing up a bucket list is relatively easy, but deciding what to tick off first is a different story altogether. Well the time is nigh to sharpen your pencils and head on down south as we present you with 11 southern African experiences you won’t want to miss. While hidden gems often stay just that, secretly guarded by locals, we dish the dirt and let you in on some homegrown picks.

Paternoster and the Cape Columbine Lighthouse

The Cape Columbine Lighthouse is located just outside Paternoster on the west coast of South Africa, in an area infamous for its many shipwrecks and harsh, unyielding sea conditions. It was erected in 1936 atop a range of boulders known as Castle Rock and today still acts as a beacon of light for vessels that pass its treacherous waters. The lighthouse holds significance as the last project of Harry Claude Cooper, a famed, master lighthouse designer, and is one of only four lighthouses in South Africa that offers accommodation. Book a night or two and explore the quaint fisherman village of Paternoster while you’re there. 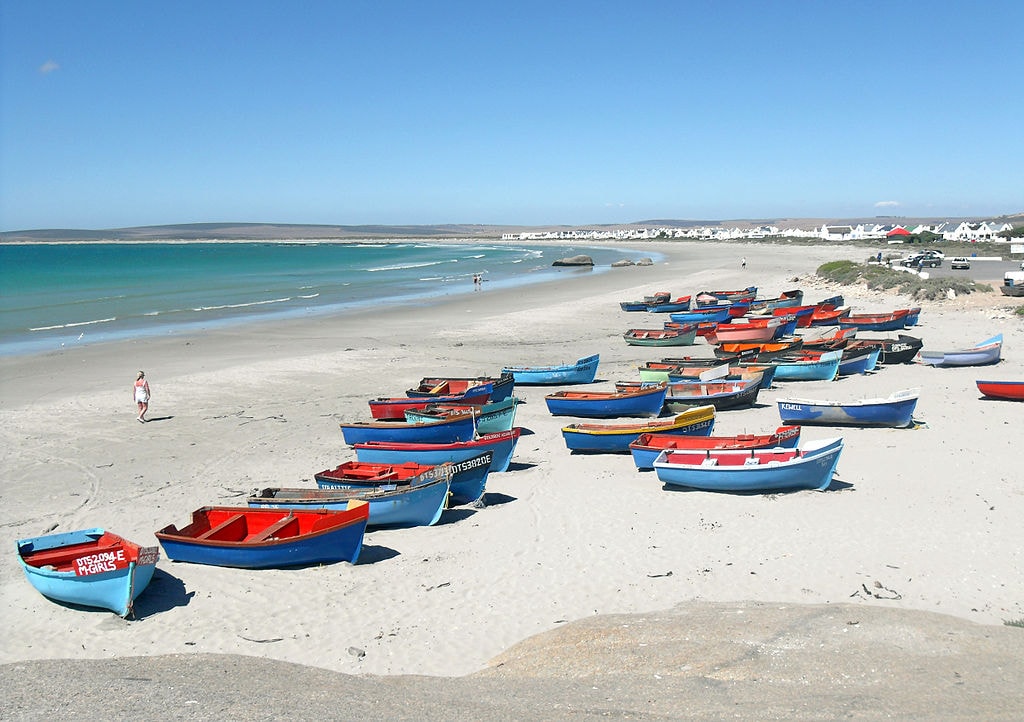 Located on the west coast of South Africa, this centre gives visitors the unique experience of meeting and interacting with the descendants of the first indigenous people of South Africa, the San. Guided tours take visitors on a whirlwind journey through the history, traditional knowledge, skills, languages and customs of the San tribe, as you learn more about animal tracking and plant identification and explore a replica of a traditional San village. Have a bit of a laugh while trying to produce a few of the tricky clicking sounds that are used in the San language and enjoy a day exploring the cultural history of southern Africa. 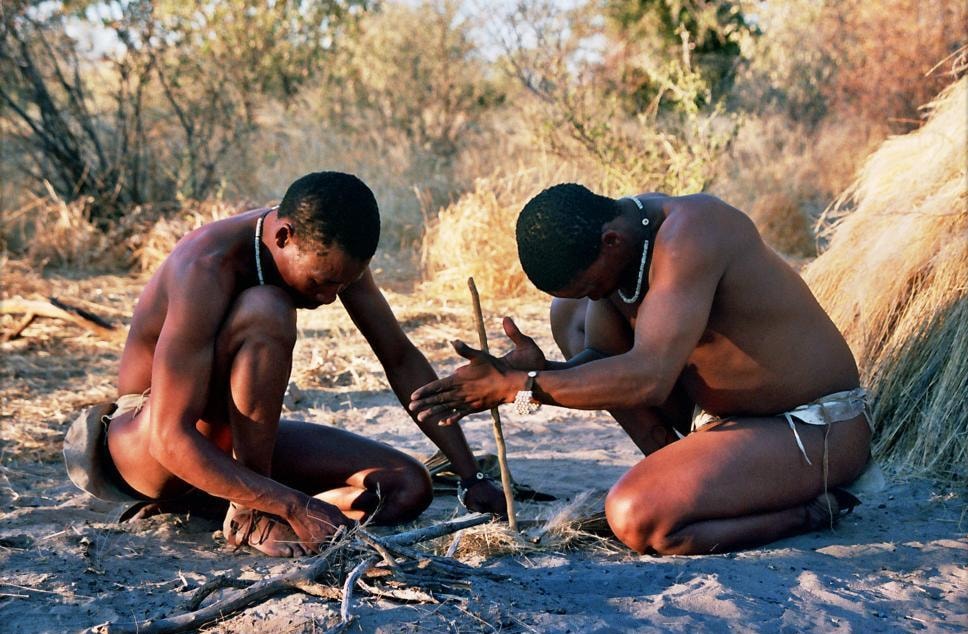 Also sometimes referred to as ‘African Stonehenge’, this standing-stone, circle edifice is believed to be the oldest man-made structure in the world, predating both Stonehenge and the Great Pyramids of Giza by tens of thousands of years. It is also the only known example of a completely functional, mostly intact, megalithic stone calendar on the planet and was first brought to public attention in 2003. The stones are placed to track the movement of the sun, which casts shadows on the rock and still works perfectly today. Most recently, scientists have discovered sound frequencies with acoustic properties, made from the earth inside the circles ,which conduct electricity. As the sound frequencies surface to the ground, they acquire the shape of flowers of sacred geometry.

Natural Feature
Kayaking at Pelican Point | Kayaking at Pelican Point
The remote and pretty Pelican Point Peninsula lies close to Walvis Bay in Namibia and take travellers right into the midst of Cape fur seals, flamingos, pelicans, dolphins and more. You need to book a tour to get there, which will include a 4×4 trip cross the wetlands of Walvis Bay to the kayak pick-up point. Visitors then have the rare opportunity of interacting with a range of marine life, including friendly seals and playful dolphins. Later, transportation is provided to Sandwich Harbour, a UNESCO World Heritage Site forming part of the Namib Sea Sand – one of the biggest sand fields in the world, where awesome sand dunes fringe the edge of the Atlantic Ocean. Set aside a full day for this amazing experience and your booking price will include all necessary permits, lunch and drinks.
More Info
Open In Google Maps
Atlantic Street, Walvis Bay, Namibia
+264811476755

Suitable for star-struck lovers and hedonists alike, this little treasure is located on the southernmost stretches of Mozambique and is considered one of the top ten attractions on the African continent. Scuba diving, fishing and browsing quaint, open-air markets and shops is all you really need to keep you busy in this little piece of paradise, where dolphins and turtles frolic with swimmers, and sunshine and sea air fill the days. After a hard day at the beach, treat yourself to an excellent meal at one of the many rustic and charming restaurants in the town. 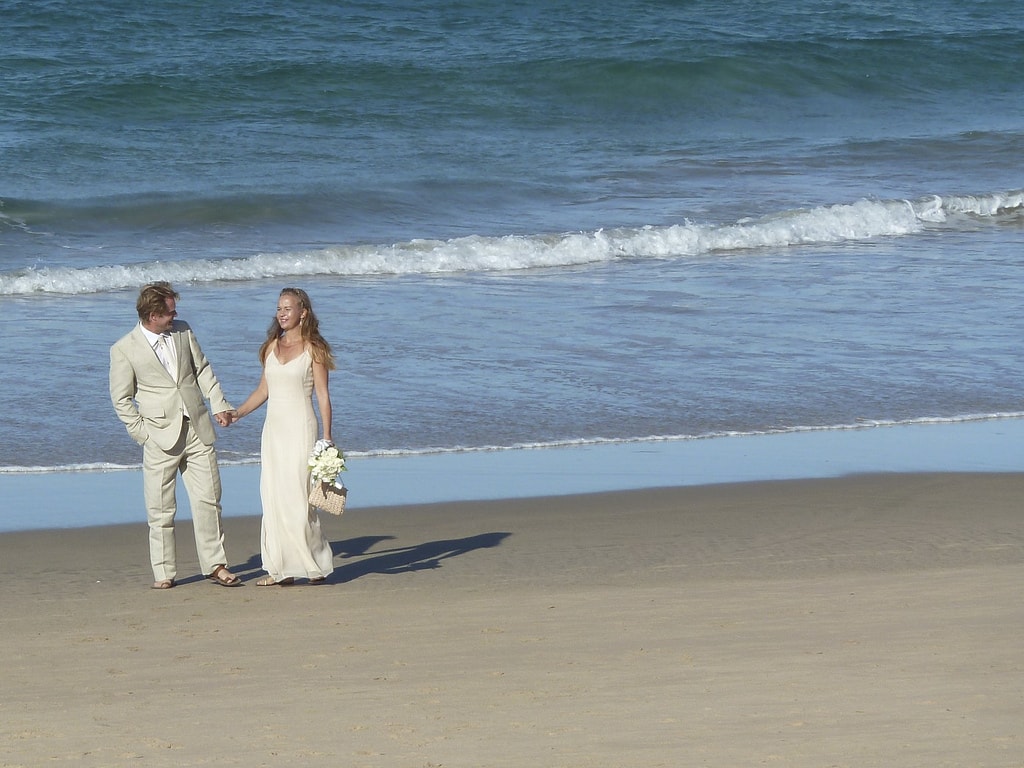 Hole in the Wall

Myths and legends of a love-struck maiden denied her honey surround the Hole in the Wall, an absolutely unique landmark situated just south of Coffee Bay in the Eastern Cape. The rocky archway lies only a short distance from the coastline and, according to geologists, was created millions of years ago by the relentless crashing of waves against sandstone and shale. The local Xhosa maiden legend spins a more interesting yarn but, regardless of how the hole came into existence, it is still an amazing sight to behold. The nearby village of Coffee Bay is a top choice among nature lovers and backpackers, and is as renowned for its friendly vibes as it is for the great socialising that takes place come sunset. 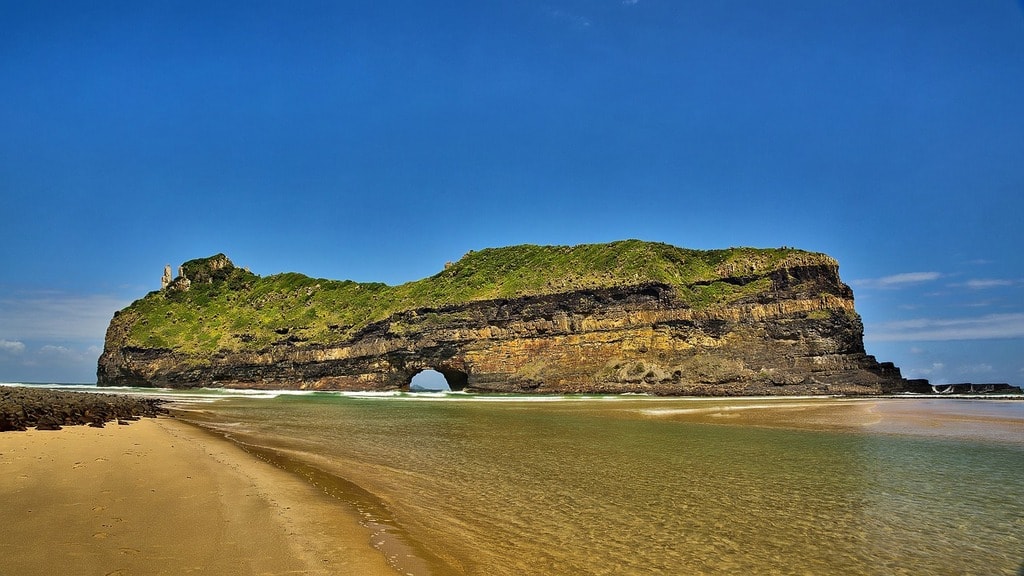 Hole in the Wall | Vincentvanoosten/Pixabay

While Namibia is most often visited for its stunning sand dunes and arid yet mesmerising landscape, there is other hidden beauty that the country holds. Towards the east of the Bwabwata National Park, a forested landscape gives way to the swampy savanna of the Kwando. This river originates in Angola and veers sharply east due to movements in the earth’s crust, breaking into multiple channels and forming a mini-delta in the Namibian savanna, before branching into the Linyanti and Chobe Rivers. The Linyanti Swamp region is one of the most beautiful and remote in Africa and remains preserved and pristine thanks to its relative inaccessibility. It also holds some of the largest elephant, wildebeest, lion, tsessebe, and crocodile populations in Namibia. 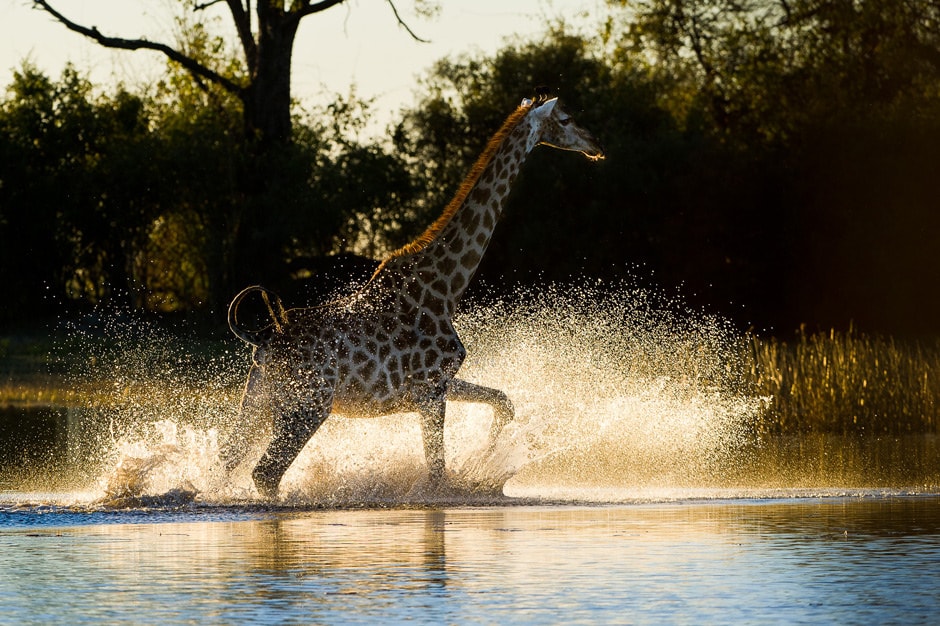 St Lucia is a gorgeous, palm-fringed settlement on South Africa’s east coast lying a couple of hours from the tourist hub of Durban. But while Durbs is all about fast city life, surfing and shopping, St Lucia offers a much more natural approach to a seaside vacation. Here the number of hippos closely rivals that of human residents and in fact accounts for the largest hippo population in South Africa, making the likelihood of bumping into one of these enormous (and usually water-dwelling) creatures range from good to excellent. On a regular basis, the ‘townies’, or street-roaming hippos, make an appearance, and while a hippo traffic jam is not common, it does occur, especially at night when hungry hippos venture from the nearby estuary in search of suburban sweetness and grassy verges. 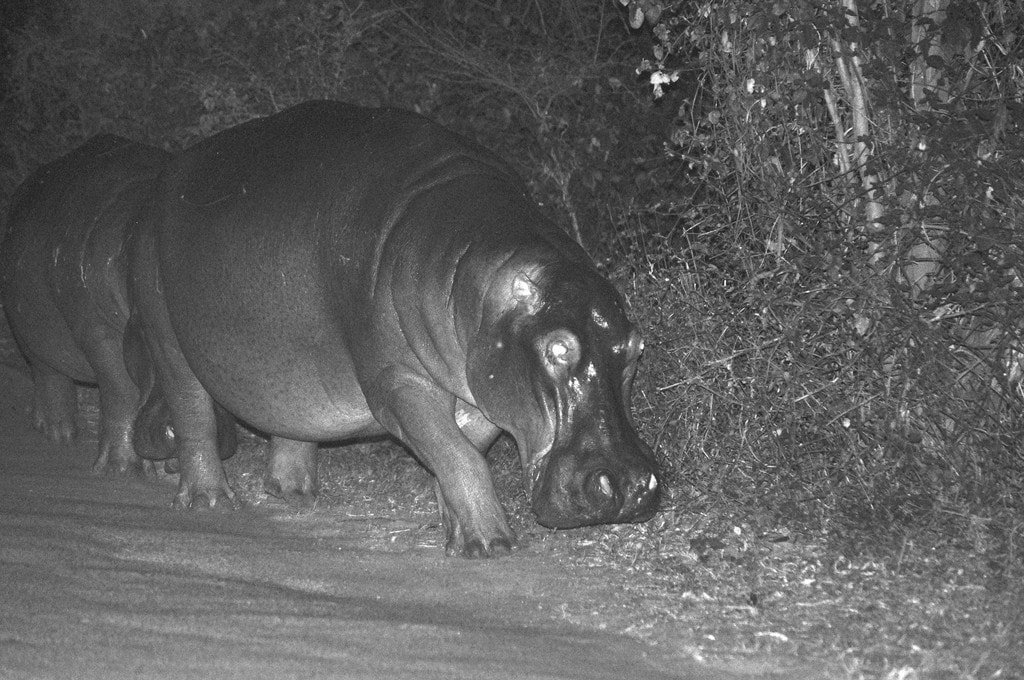 Only recommended for those with a head for heights, the Sani Pass is the gateway to the Roof of Africa, and also home to the highest pub on the continent. It is located within the stunning Drakensberg escarpment and meanders through the mountain kingdom of Lesotho, peaking at an eye-watering 2800 metres (9186 feet) above sea level, and is a prime location for high-alpine birding in South Africa. Driving conditions are challenging and not for the faint at heart, and a 4×4 vehicle is considered essential if you don’t want to end up like the few car wrecks you will come across as you ascend the mountain. The nail-biting trip does however provide travellers with absolutely amazing vistas and plenty of gripping tales to take home. Make sure you have your passport handy, as it is needed to cross over into Lesotho. 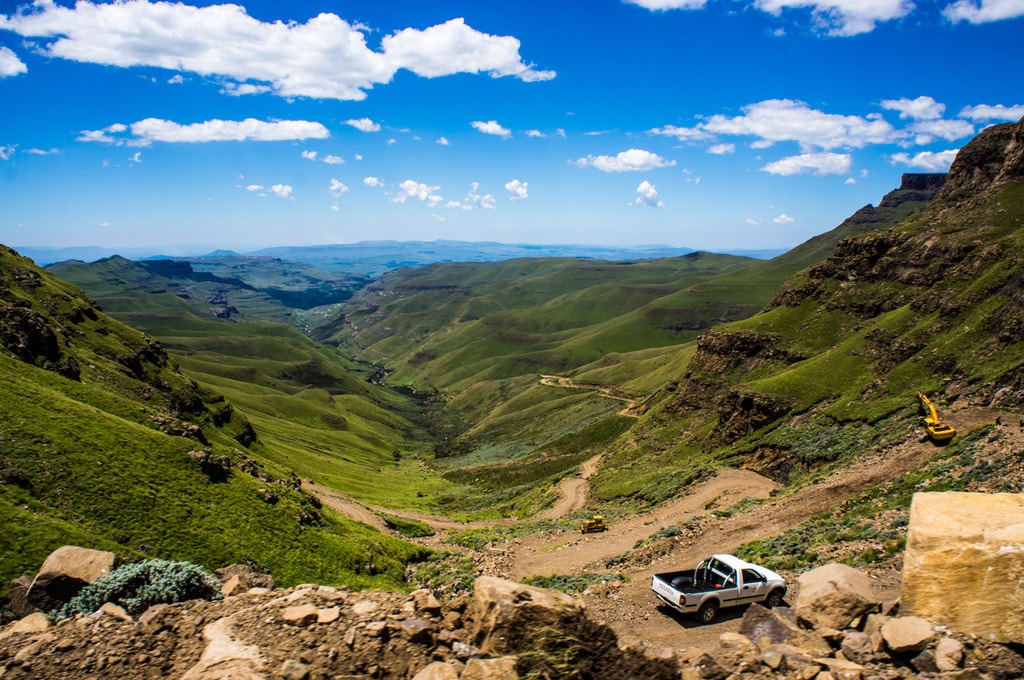 Although the scenic beauty of Cape Town hardly rates as a hidden gem, there are a couple of ways to experience its panoramic glory with a difference. A sidecar tour is the perfect way to sit back and relax while you are driven along some of the most popular and picturesque roads in the Mother City. Although the vintage sidecars have their origins in World War II, they have been spruced up and given a colourful, sexy look, and travellers are kitted-out in groovy leather jackets, helmets and goggles for a retro feel and completely fun experience. Make sure you take your camera for some cool photographs of yourself. 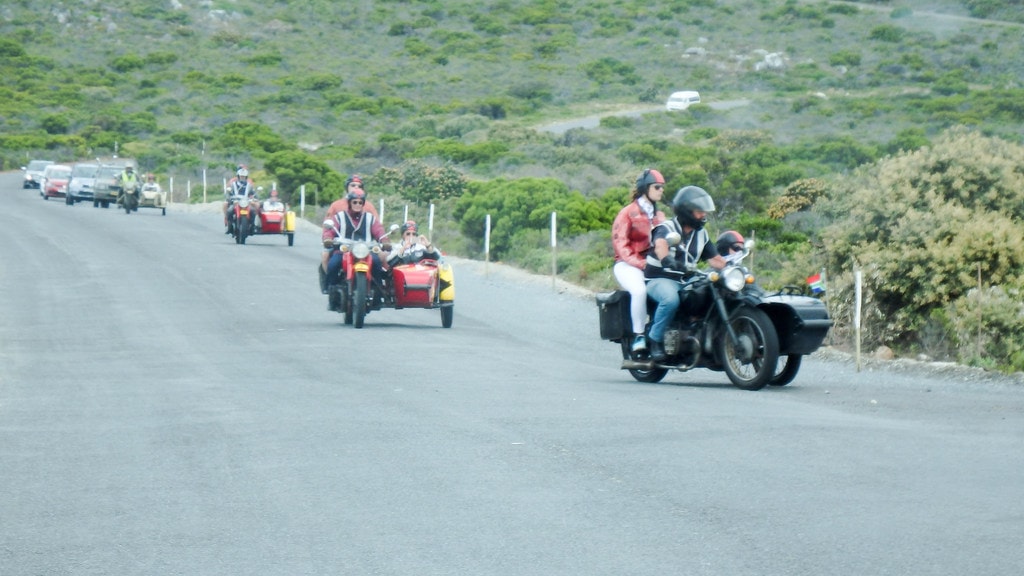 The postcard-perfect island of Mauritius is popular among families, honeymooners and water sports enthusiasts alike, but if you can pull yourself away from the dreamy beaches for a while, travellers will find that there is a lot more to this piece of paradise than initially meets the eye. Grand Bassin is one such spot. Once an active volcano, it now features a serene mountain lake that is the most sacred Hindu place on the island, with a temple dedicated to Lord Shiva, as well as a statue in his honour. Peaceful and contemplative, this is one spot you should take a while to ponder and quietly absorb. 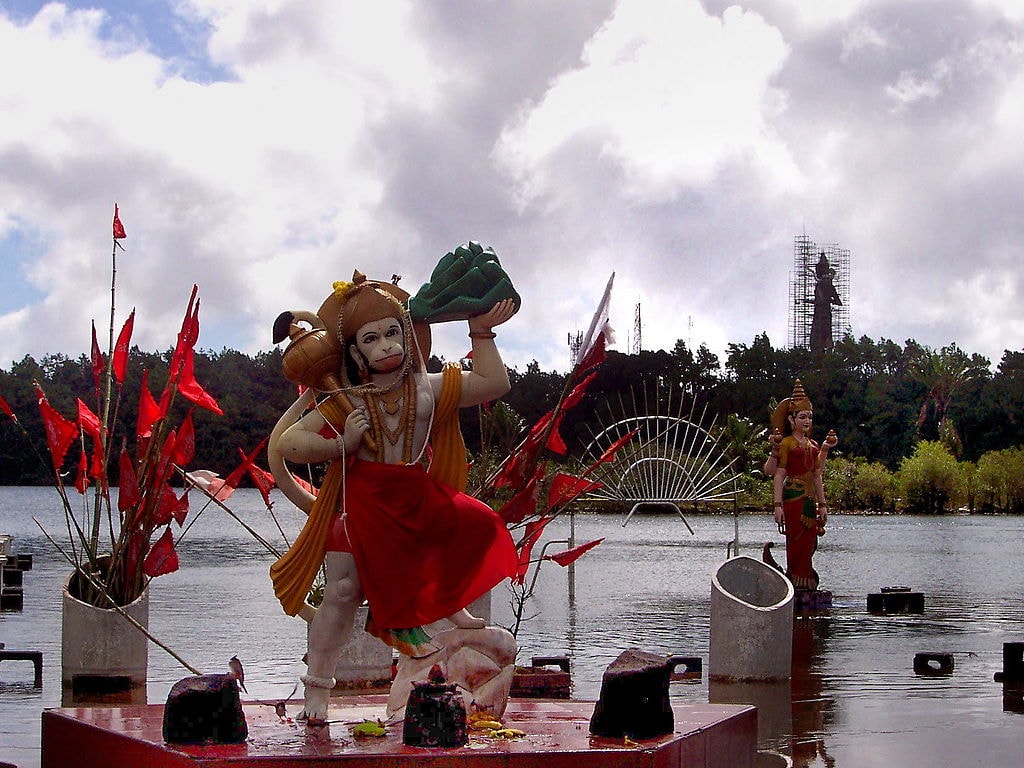