11 Best Places for Wildlife Photography Around the World 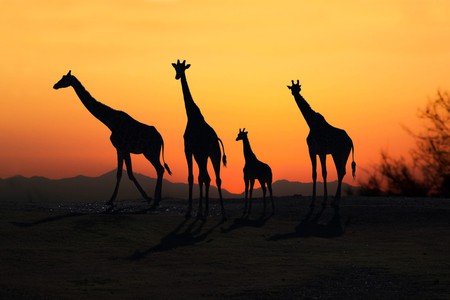 Bring whales basking off the coast of Antarctica into focus. Interact with endangered Costa Rican species right in front of your camera lens. We partnered with Intrepid Travel to bring you the 11 best destinations to take unbelievable photos of wildlife around the world – from the remotest polar reaches to the most diverse island ecosystems.

Hang out with orangutans in Sabah, Borneo

Sabah’s tropical climate is ideal for a wide range of exotic wildlife to thrive; many species are unique to this fascinating, rugged terrain. Watch sea turtles nest on Turtle Island as darkness falls, and make friends with orangutans at a local sanctuary. Pictures barely capture the breathtaking beauty of Sabah, but the memories of this captivating island will last a lifetime. 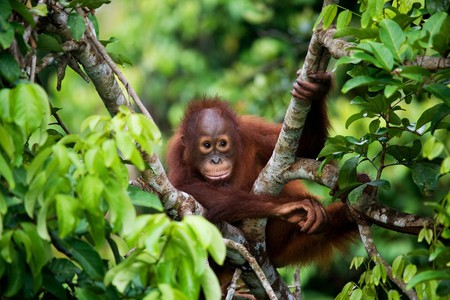 Get close-ups of wildebeests and wild beasts in South Africa

Kruger National Park in South Africa gives visitors a macro view of Africa’s most cherished animals, such as lions, rhinos and giraffes. See herds of wild wildebeests emerge from storms of dust, and witness some of Africa’s stealthiest predators on the prowl. There’s no telephoto lens necessary while on safari in Kruger. 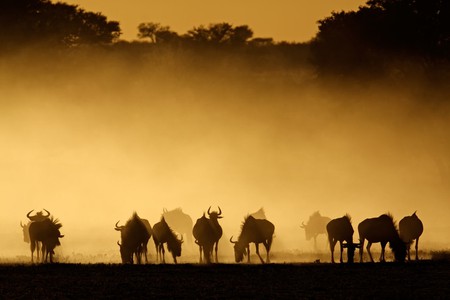 Traverse the Northwest Passage to see whales between Greenland and Canada

Indulge your inner explorer by voyaging through parts of the historic Northwest Passage from Greenland to Canada. One of the hardest parts of the world to reach, the Arctic is home with numerous types of whales, pods of narwhals and walruses. The longer the voyage, the more this icy expanse opens up to endless photographic possibilities. 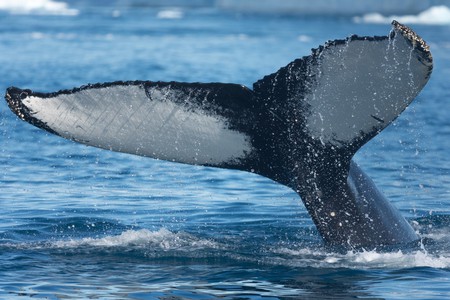 The tail of a humpback whale surfaces near Icefjord, Ilulissat, Greenland | © LouieLea / Shutterstock

Deep in the jungles of Ranthambore National Park lives one of India’s most majestic species, the Bengal tiger. An encounter with this beautiful animal is priceless, and a perfectly timed photo serves to capture the unforgettable moment. 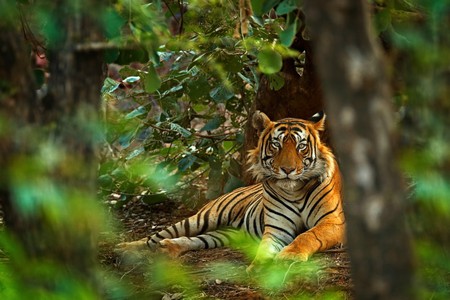 For a quick glimpse of the land Down Under, go to Kangaroo Island off the coast of South Australia. The island is a refuge for wildlife, so explore Seal Bay’s sea lion population and be on the look out for numerous koalas perching in the nooks of gum trees at Hanson Bay Wildlife Sanctuary. The nature and impressive coastal views make this trip well worth it. 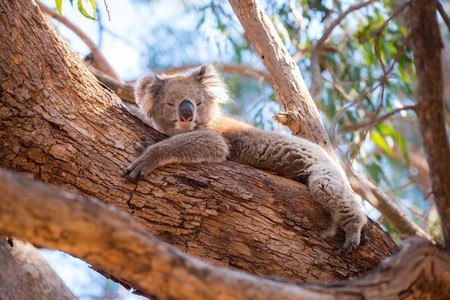 Go straight for the heart of Costa Rica’s wilderness by navigating the many natural habitats of Tortuguero National Park. From rain forest to mangroves to swampy lagoons, Tortuguero rewards nature enthusiasts with its lavish biodiversity. Search for manatees, listen out for monkeys and fall in love with even the smallest of creatures – red-eyed tree frogs are known to be quite the posers! 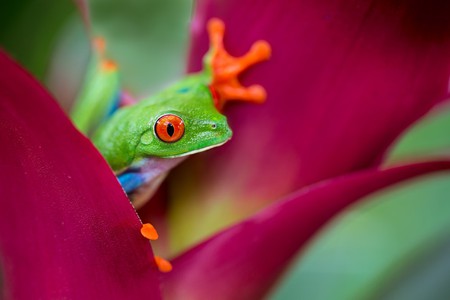 Take it slow with giant tortoises in the Galapagos Islands

With several native species unique to this part of the world, venturing to Ecuador’s Galapagos Islands should be at the top of every wildlife photographer’s list. From the remote west coast of Isabela Island to the coves of Santa Cruz, perhaps no other place on Earth compares when it comes to the sheer diversity of the flora and fauna. Get up close and personal with the largest living tortoises, watch as blue-footed boobies soar overhead and discover secluded beaches literally crawling with iguanas. 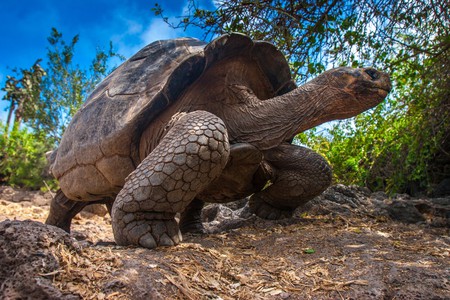 Getting up close with a Galapagos tortoise of the Galapagos Islands, Ecuador | © FOTOGRIN / Shutterstock

Waddle alongside penguins on the tip of the Antarctic Peninsula

What does it feel like to be vastly outnumbered by penguins? Journey to the South Shetland Islands off the Antarctic Peninsula to find out. A dramatic landscape carved by the harsh climate sets the idyllic scene for an otherworldly photo shoot of bird life. 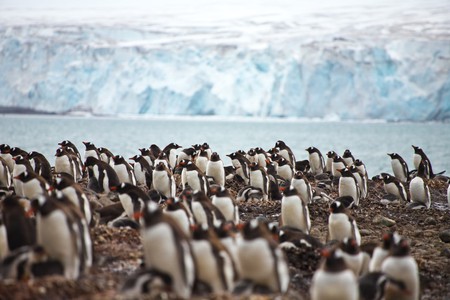 Get to know Africa’s highest peak by visiting Mount Kilimanjaro National Park. There’s plenty to do besides hiking, and the Tanzanian plains leading up to this volcanic mountain are home to an array of species, from antelopes to elephants. Kilimanjaro is a stunning backdrop for wildlife photos, so ask a tour guide for the best spots. 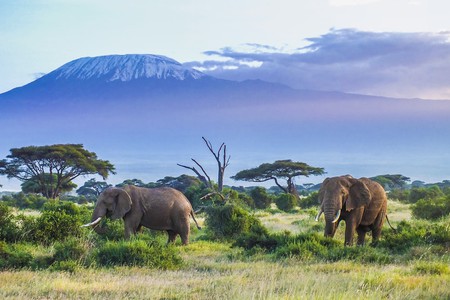 Kilimanjaro rises above the Serengeti as elephants graze | © HordynskiPhotography / Shutterstock

Spitsbergen, the largest island of Norway’s Svalbard Archipelago, is known for its immense tundra and ice-covered fjords, as well as rare seabirds and its resident polar bears. The opportunity to observe these magnificent creatures hunt along sheets of ice shouldn’t be missed; perhaps a few will even snuggle up together for a family portrait. 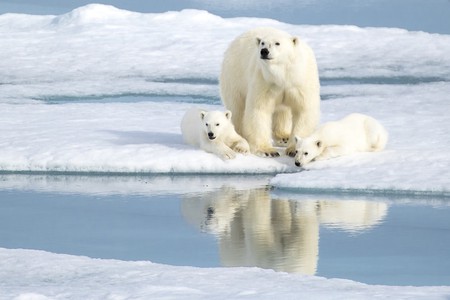 Dive into an underwater world at Australia’s Ningaloo Reef

The Great Barrier Reef is great and all, but Ningaloo Reef off the northwest coast of Australia also boasts an amazing underwater ecosystem. From swimming among schools of frenzied fish to floating alongside docile whale sharks, if you’re a budding underwater photographer, Ningaloo is the place to be. Experience this ecological underwater wonder by traveling on a glass bottom boat or snorkeling. 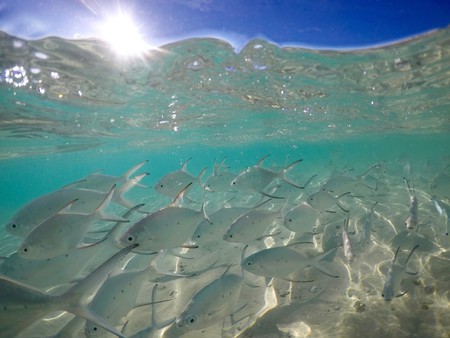 To dive into your own photography excursion, learn more about Intrepid Travel’s wildlife tours.