11 Beautiful Things to Know About the Animals Poachers are Murdering 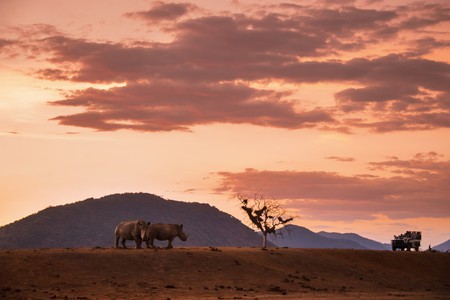 Both rhinos and elephants are considered endangered species, which is mainly due to the increase in poaching. Here are 11 beautiful things to know about these amazing animals.

Rhino poaching has increased to the extent that the species’ survival is a concern. Elephants, although population numbers are higher, are also suffering under poachers’ brutality. A total of 529 rhinos have been poached since January 2017 while up to 30,000 African elephants are slaughtered each year. The illegal wildlife trade is one of the most profitable global crimes, valued between $7–$23 billion USD per year. Not only are animals being murdered, but 1,000 rangers have been killed in the past 10 years and in South Africa at least one arrest for rhino-related crime takes place each day.

An elephant’s gestation period is 22 months, the longest of any land animal, and calves stay with their mothers for up to four years. During this time the calf observes older elephants in the heard and are taught all they need to know regarding survival. As such, family ties are extremely important to these animals. 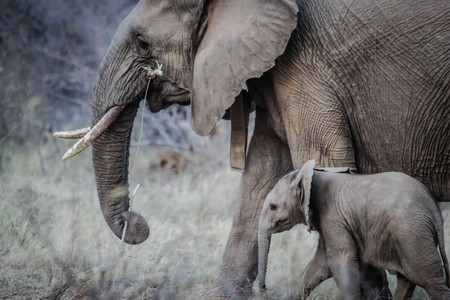 An elephant and her calf | ©Casey Allen/Unsplash

Both elephants and rhinos use sunscreen

Although tough, both animals have sensitive skin. They love taking mud baths to coat themselves in thick sludge. This protects them from insect bites, the harsh African sun and moisture loss. 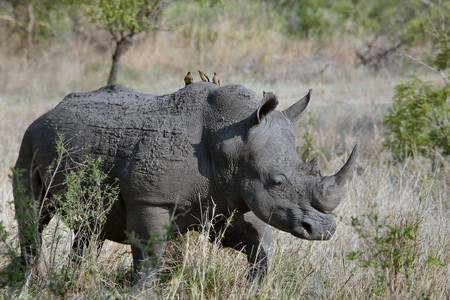 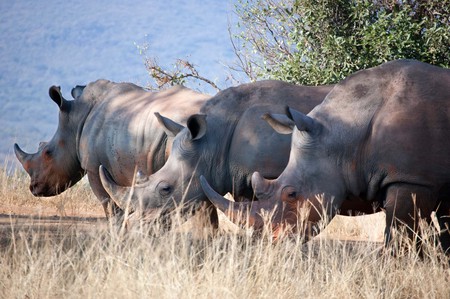 The trunk is the elephant’s most important limb

An elephant’s trunk can pick up pretty much anything, from a small leaf to a heavy branch. It’s also used for drinking, spraying water, touching other elephants and of course, trumpeting. 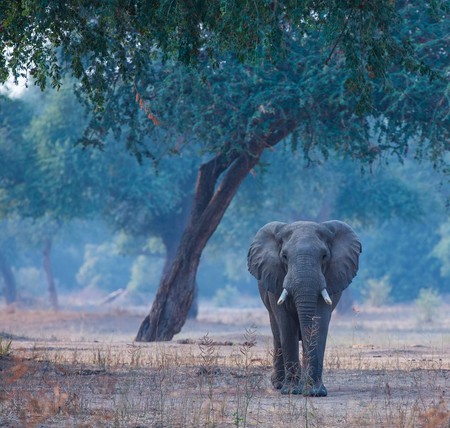 Running only on their toes, rhinos can max approximately 50 kilometres per hour (28 mph), that’s faster than Usain Bolt.

Elephants might not be able to lift all four legs off the ground simultaneously because of their weight, but they’re keen swimmers. They become buoyant, which is great relief for their muscles, and use their clever trunks as snorkels. 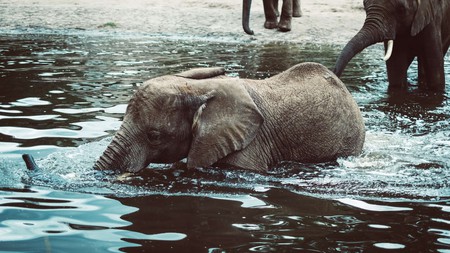 Rhinos are quite shy

Rhinos are often regarded as being aggressive animals, but this is only true in the case of threats or if they have a calf, which they’ll protect to no end. They are, in actual fact, relatively shy animals who prefer to wander in pairs or alone. 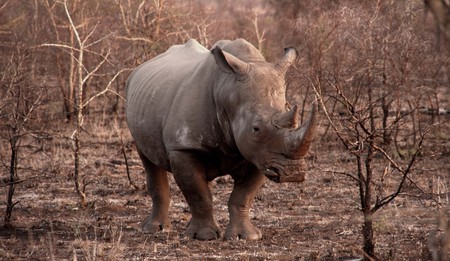 Rhino dung is a main method of communication and consists of coded messages to indicate territory to other rhinos. They also use a range of sounds to communicate including snorts for anger, huffs to greet and they even make use of squeaks to convey confusion.

Elephants have the largest brains of any other land mammal and display emotions such as self-awareness, grief and compassion. They recognise themselves in mirrors (a trait known among dolphins, magpies, great apes and of course, humans) and also have burial ceremonies for their dead. 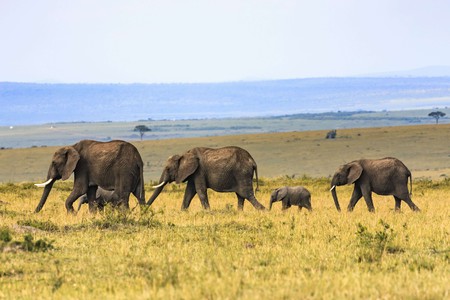 A herd of elephants | ©Larry Li/Unsplash

Rhinos are very protective of their young

Rhinos are extremely protective of their young and if there’s a sense of danger they create a barrier between the threat and the calf. They do this by forming a circle and facing outward towards the threat, regardless of its size. Rhino calves are also dependent on their parents, and are often seen seeking shelter next to SUVs in national parks in cases where the parents have been poached. 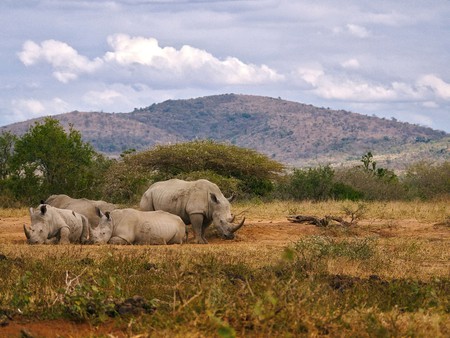 A 100 years ago rhinos were almost hunted to extinction

Rhino hunting used to be a favourite pastime in Africa. Luckily, a small population was protected in Imfolozi Park in KwaZulu-Natal which ultimately lead to their survival and increase in numbers. Today there are approximately 20,000 white rhinos and 4,800 black rhinos surviving in the wild.