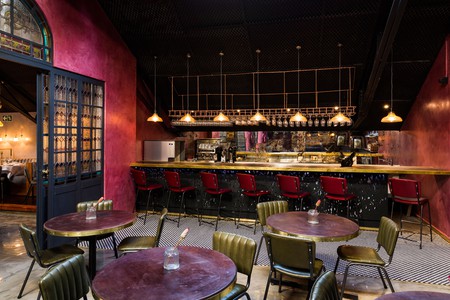 Cape Town is the culinary capital of South Africa. The vast majority of the country’s most awarded restaurants are located here and its surrounds, which means picking just ten is nearly impossible – the top establishments are all so unique, often beyond comparison, and probably deserve to be in categories of their own. However, if you’re looking for a truly magnificent meal in the Mother City, you won’t be disappointed with one of these fine restaurants. 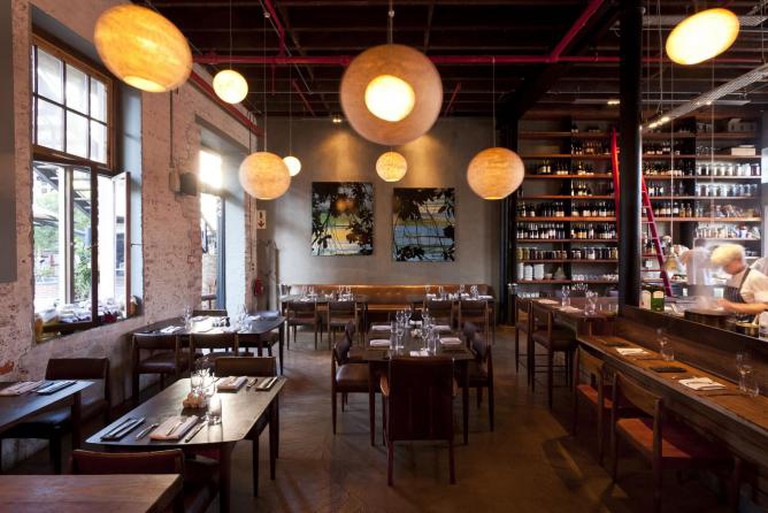 Luke Dale-Roberts’s Test Kitchen is without a doubt the most celebrated restaurant in South Africa. This modern, experimental establishment is so exceptional it makes regular appearances on global restaurant lists, including 22nd place on The World’s 50 Best Restaurant list. The appeal lies not only in its remarkable food, but also in the restaurant’s décor and atmosphere. Together, this winning formula ensures that seats are booked up many months in advance.

If you can’t get in to the Test Kitchen, then you may have better luck at Luke Dale-Roberts’ other celebrated restaurant just around the corner. However, given the waves that The Pot Luck Club has been making of late, it’s highly unlikely you’ll find a table without considerable advanced planning. As the name suggests, this is a restaurant where sharing is encouraged and, with foods specifically targeting various flavour profiles, you’ll want to savour everything that arrives at your table. 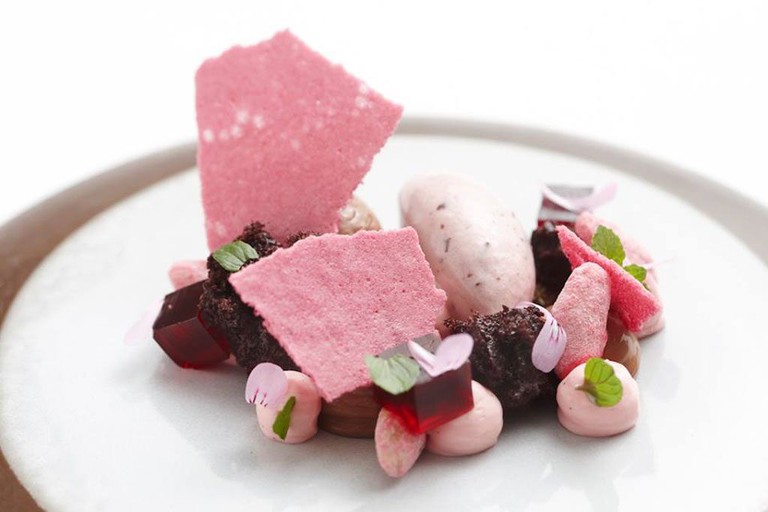 La Colombe has been at the top of most restaurant lists in South Africa for some time. Though it’s seen some big changes in recent years, it’s no less thrilling. A meal at La Colombe is a theatrical experience from start to finish and, combined with delectable dishes conceptualised by chefs Chefs James Gaag and Scot Kirton, it’s more than worthy of its number 73 spot on the The World’s 50 Best Restaurants list. 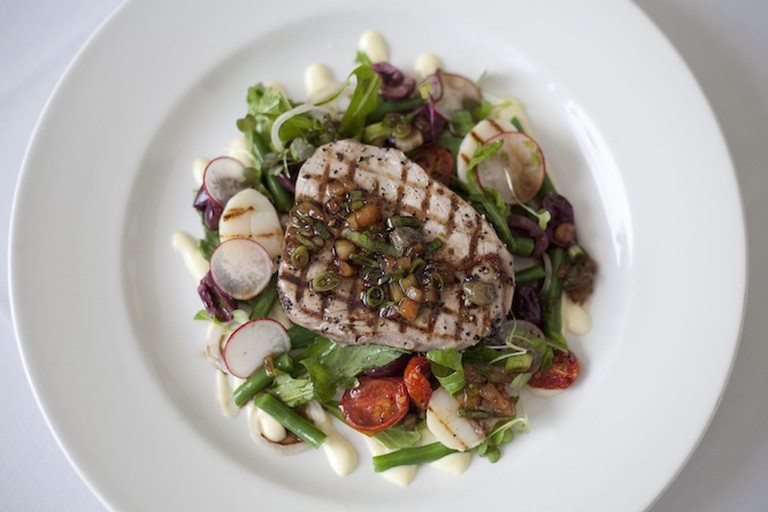 La Mouette finds the perfect balance between French flair and laid-back charm. Much of the initial appeal of this Sea Point restaurant comes from the venue – a former mayoral home equipped with multiple dining rooms and a pleasant outdoor courtyard. Yet it’s the inventive food you’ll find on the exquisite, multi-course tasting and wine-pairing menus that has earned this restaurant the reputation as one of the best in the city.

Liam Tomlin is a culinary master who is kind enough to share his gift with customers at two branches of Chef’s Warehouse. The original on Cape Town’s Bree Street may be the best in the eyes of original fans, but it’s hard to beat the beauty of the views at the newer Beau Constantia branch. Whichever you choose, one thing is certain: the seemingly simple but utterly delectable tapas for two are unlike any you’ll taste in the city. The no-reservations approach at the Bree Street branch ensures that you don’t have to book a table months in advance, and adds to the energy of this stellar restaurant.

Peter Tempelhoff is another one of South Africa’s most acclaimed chefs. He is the commander-in-chief at high-end restaurant The Greenhouse, at the luxurious Cellars-Hohenort Hotel. Immersed in verdant nature, The Greenhouse offers a superior dining experience from beginning to end. The sophisticated venue is dripping with classical elegance, and it sets the stage for Tempelhoff’s culinary masterpieces of international ambition. Meals use only the freshest local ingredients and, with limited reservation numbers each night, you can expect one of Cape Town’s most intimate and exclusive dining experiences.

This underrated restaurant just off Cape Town’s Kloof Street is an unmissable destination for fans of Japanese cuisine. In spite of impeccable reviews, it somehow seems to miss the big awards each year, but it regularly features in Best Of lists of some of the city’s best chefs. That’s because this tranquil, minimalist restaurant offers the freshest sushi, some incredible dinner options, and only the most efficient service. It’s also not uncommon for the chef to appear with samples of a new dish, a tiny platter of an ingredient you’d previously never known existed, and, on a good night, even a splash of high-end Japanese whisky.

The team of award-winning chefs who banded together to form The Shortmarket Club have struck restaurant gold. This modern restaurant in the heart of the city serves both lunch and dinner in comfortable, stylish surroundings. There’s an obvious touch from chef and restauranteur Luke Dale-Roberts, which can only be a good thing – service is prompt and professional, and the small but creative menu will have you pouring between a range of delectable-sounding dishes, and then resolving to return for those you weren’t able to taste. 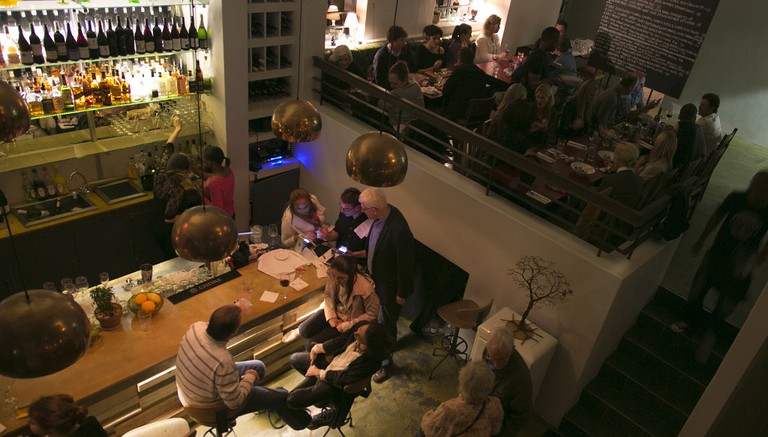 The Black Sheep rose rapidly to reach the tips of tongues of Kloof Street regulars, and now word of this modern establishment has spread even further. The secret to this restaurant’s success lies in the modern venue, in a trendy location, and the frequently updated blackboard menu that almost always seems to offer something new. Portions are generous, chefs creative, and service prompt and efficient, which makes it hard not to leave this establishment satisfied and smiling. 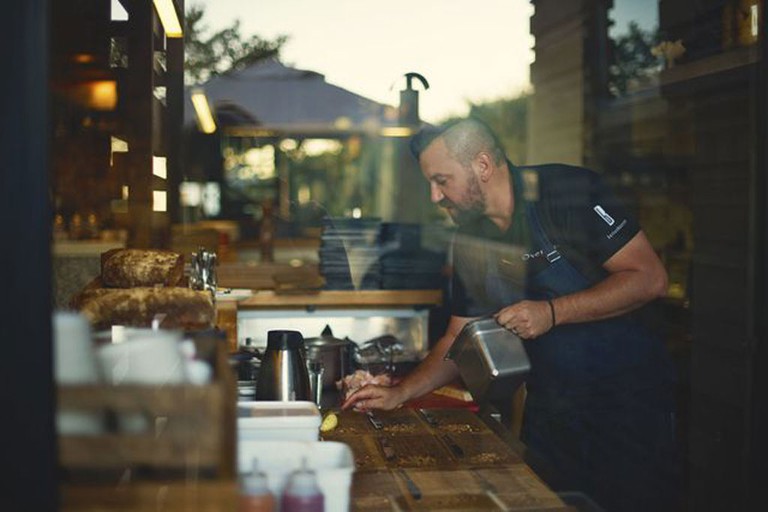 Overture Restaurant at Hidden Valley Wine Estate is one of many celebrated wine estate restaurants in the Cape. It regularly features in the country’s Top 10 lists, and the three- and six-course tasting menus will keep you locked in at the beautiful restaurant for a considerable amount of time. When you consider the décor, and the beautiful, sweeping views, this seems like a rather good problem to have.