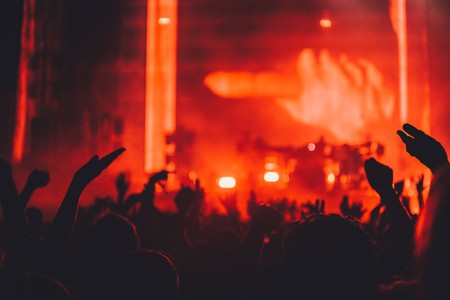 Slam poetry is a growing industry across the globe that allows creatives from different walks of life to unite and express themselves. Here are 10 spoken word poets from South Africa to know.

With their strong voices and shared love of literature, the following poets address an assortment of subjects, from love to politics, and the quality of their words create a perceptive audience.

Marc Kelly Smith founded the poetry slam movement in 1986 and said that it allows poets to reach the people. The slam movement is all about truth and craftsmanship, ensuring that people from all walks of life stop and listen. In South Africa, poetry houses such as Current State Of Poetry (CSP) aim to build a stable and sustainable poetry community and – taking into account what the performers featured below are achieving – it’s obvious that things are looking up.

Ashley Makue is a writer and student in languages and literature. In 2016 Makue won the National Poetry Slam hosted by CSP and went on to represent South Africa in the Women of the World Poetry Slam in Dallas, Texas. Ashley is passionate about art, Afrocentrism, womanism and the desexualisation of female nudity.

Belita Andre is a young poet who often hosts her own shows. Andre is based in Johannesburg and affiliated with poetry venues including CSP and House of Movements.

Born in Canada, croc E moses has spent more than half of his life in Swaziland and South Africa and refers to himself as a ‘global African’. This poet has performed in many different locations, including a prison, and many different countries. His poems are mostly of a serious, topical nature. croc E moses also hosts workshops in South African schools as part of an outreach program, these include creative writing and bookmaking workshops and demonstrations.

Retang Segodi Malahlela founded Black Market ACE, a multimedia production company based in the South African city of Polokwane. Malahlela’s company makes use of art as a platform to convey messages and he himself has hosted many poetry events, such as Kgorong Poetry and Sound, to represent alternative arts and culture.

Lee Mokobe is an African, transgender slam poet and has a multitude of awards behind his name. Lee is also the founder and creative director of Vocal Revolutionaries, an organisation that creates a story-telling platform for South Africa’s youth. Through this platform, spoken word is used to address different social issues and enable this generation, as the website puts it, ‘to speak for themselves’.

Maya Wegerif started writing at a young age (with her first poem published at just 11 years old) and she hasn’t stopped since. Her poems are emotionally charged and mainly deal with identity and neo-colonialism – specifically from the viewpoint of a mixed-race woman living in Africa.

Sipho Kotobason Ndebele is a seasoned poet and the founder of Home of Poetry, a production house focused on creating a more stable poetry industry in South Africa. Sipho’s poetry career is one filled with success as he’s performed alongside internationally acclaimed poets and musicians, such as Ezekiel Azonwu, Safia Elhillo and Elizabeth Acevedo. Ndebele also founded the Exodus Klan (formerly Exodus Movement) poetry collective in Cape Town.

Vus’umuzi Phakathi, also known as Romeo the Poet, is a writer, performer and producer based in Gauteng. He is the founder of Current State Presentation, the production house behind the groundbreaking poetry house Current State of Poetry. He’s been a performer, judge and host for many events such as Individual World Poetry Slam in Washington DC, The Wits University Arts Experience, Poetry Africa and many more.

Xabiso Vili is a social activist, writer and performer. He’s also the winner of the Pretoria Spoken Sessions Slam League and Speak Out Loud Youth Poetry Competition. Vili’s work has been published in various publications, including Black Communion, Poetry Potion, Sky and Dust and more. He is passionate about the positive influence art can have within a community and is working to create new platforms through which it can be shared.

Zéwande Bk. Bhengu is a Johannesburg-based poet who originated from the Eastern Cape. He attended the National School of Arts where he learned to combine poetry with performance. He then went on to study drama at the University of the Witwatersrand and has become one of the most high commended poets in South Africa. His work is a collage of socio-political commentary, self-criticism and an analysis of artistic process and natures.