10 of the Most Controversial Films From South Africa 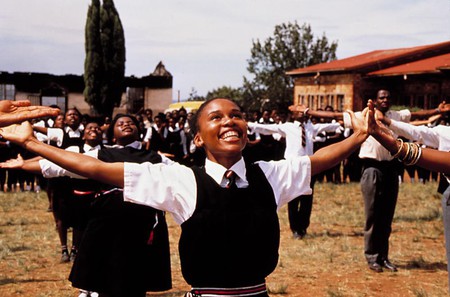 These 10 controversial films, made in Afrikaans, English, and Zulu, confront the segregation of pre-democratic South Africa and deal with other provocative topics, such as homophobia and traditional African initiation practices.

Mapantsula, a crime film that displays black South Africans’ struggle for freedom, directed by Oliver Schmitz and written by Schmitz and Thomas Mogotlane, was banned under the Apartheid regime. The film tells the story of petty-thief Johannes ‘Panic’ Themba Mzolo, and is set against the backdrop of Apartheid.

Have You Seen Drum Recently? uses photographs from the Drum magazine archives to document its contribution to the cultural and political life of South Africa. In the 1950s, articles covered the township jazz scene, crime and sport, and documented the hopes, aspirations and despair of the urban, educated black socialites.

Sarafina! revolves around students involved in the Soweto Riots. The main character, Sarafina, has to deal with her humiliation that her mother completely accepts her role as a domestic servant in a white household in Apartheid South Africa, while at the same time inspiring her fellow students to rise up and revolt.

Cry, the Beloved Country is a 1995 South African-American drama film that tells the story of a church minister who travels from his village to Johannesburg, where he learns that his son has been arrested for the murder of a white man. The white man’s father supports Apartheid but, when the two meet, they come to unforeseen understandings about their own kindness and humanity.

The country is restless due to the first elections in newly democratic South Africa, and in the poor white neighbourhood of Triomf, built on the ruins of the legendary Sophiatown, the Benade family is worried about the results. The family lives in a house surrounded by immorality but they plan to escape this “new” South Africa.

Beauty (Skoonheid) premiered in the Un Certain Regard section at the 2011 Cannes Film Festival. The film is about a man named François, an Afrikaner in his late forties, who lives a seemingly happy life. He is openly racist and homophobic, but at the same time he has frequent sexual encounters with other white, married men.

Otelo Burning is a Zulu film with English subtitles and plays off in 1989, when the struggle against Apartheid had reached its peak. 16-year-old Otelo becomes immersed in the world of surfing, but soon has to choose between his new life and justice.

An introverted high school teacher in rural South Africa starts a neurotic affair with a pupil, with disastrous consequences. Of Good Report was initially banned for containing, what critics called, child pornography, but was quickly legitimised on appeal.

The film tells the painful story of a farming community in South Africa trying to survive the numerous farm attacks confronting them almost every day.

The Wound plays off in the Eastern Cape and tells the story of a lonely factory worker who quits his job to become a Xhosa initiation school facilitator. The subject and practice of ulwaluko (initiation) is a culturally sensitive one among amaXhosa. The Wound premieres in South Africa at the Durban Film Festival in June 2017.