10 of Pretoria's Most Impressive Buildings 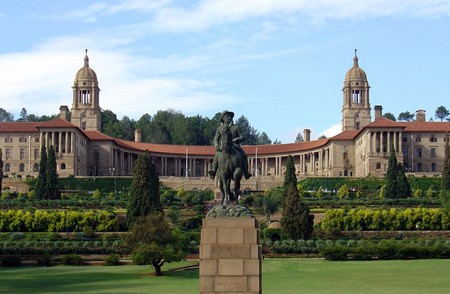 The Union Buildings, one of Pretoria's most stunning architectural landmarks | © Davinci77/WikiCommons

From colonial to modern, Pretoria is home to some of the most architecturally impressive buildings in South Africa. Whether you’re craning your neck or delving deep into history, come and explore interesting and innovative design in the capital city.

Designed by architect Gerard Moerdijk and built between 1937 and 1949, the Voortrekker Monument is a massive granite structure erected in the memory of the Voortrekkers, colonists who set out from the Cape Colony to explore the interior of South Africa. The monument is an impressive 40 metres (131 feet) high and dominates the hilltop on which it sits overlooking Pretoria. Its main points of interests are the domed Hall of Heroes, containing the largest marble frieze in the world, and the Cenotaph, on which a ray of sunlight falls at midday on December 16 to commemorate the vow made at the Battle of Blood River. The monument was declared a National Heritage Site in 2011. 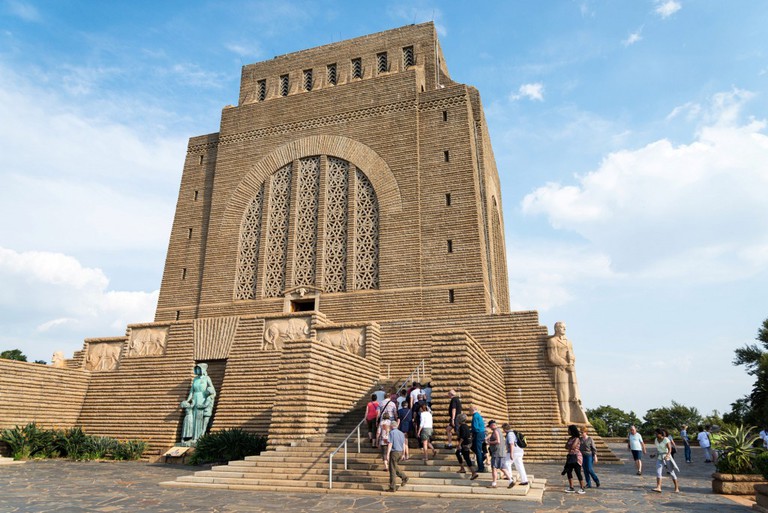 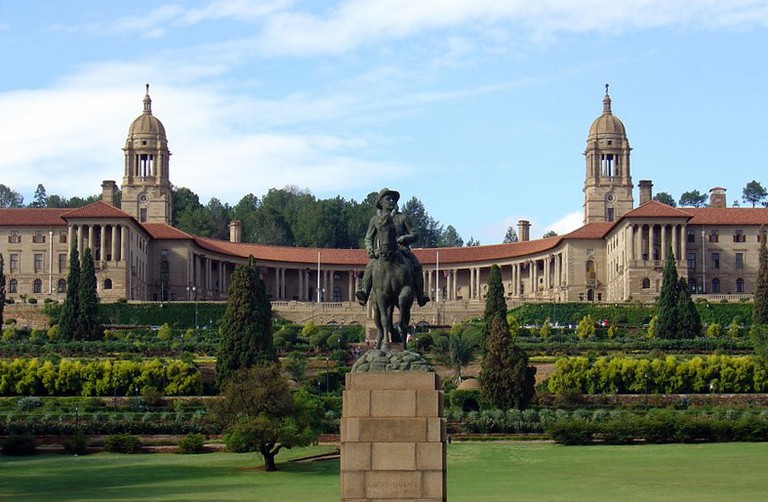 The Union Buildings | © Davinci77 / Wikimedia Commons
The official seat of the South African government and the offices of the President were designed by South Africa’s most famous architect, Sir Herbert Baker, and the building was completed in 1913. Built from light sandstone, the Union Buildings are 285 metres (311 yards) long and their architectural design ranges from Neoclassical to Renaissance to Edwardian to Cape Dutch. It is considered an architectural masterpiece and was declared a National Heritage Site.
Open In Google Maps
Government Ave, Pretoria, Gauteng, 2, South Africa
+27123005200
Visit Website
Give us feedback 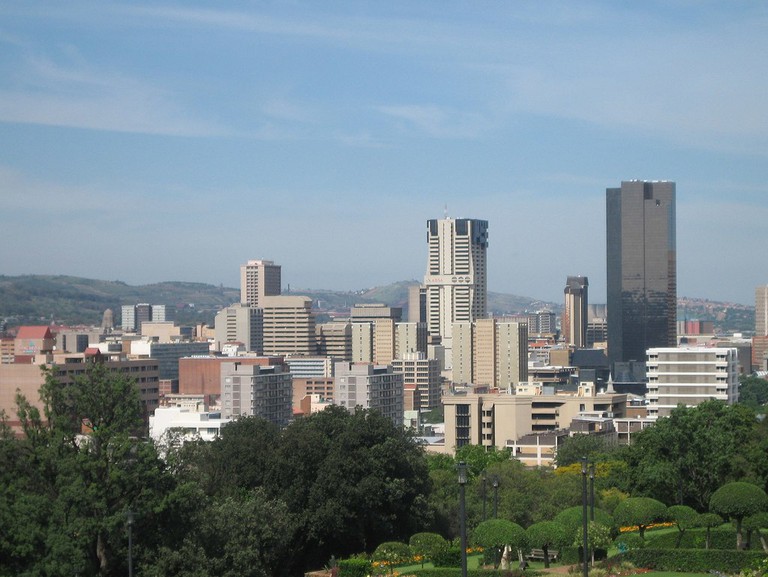 Pretoria skyline with Reserve Bank far right | © By Jérôme Bon / Wikimedia Commons
At 150 metres (492 feet), the tallest building in Pretoria is home to the South African Reserve Bank and has 38 floors. It was built between 1986 and 1988 and was the first flush-glazed glass tower block in the Southern Hemisphere. The project was awarded the South African Institute of Architects’ Merit Award in 1989 and the South African Property Owners Association’s Building Merit Award in 1988. Visitors are not allowed inside, but there is a square out front with fountains and terraces from which to admire the building.
Open In Google Maps
370 Helen Joseph Street, Pretoria Central Pretoria, Gauteng, 2, South Africa
+27123133911
Give us feedback 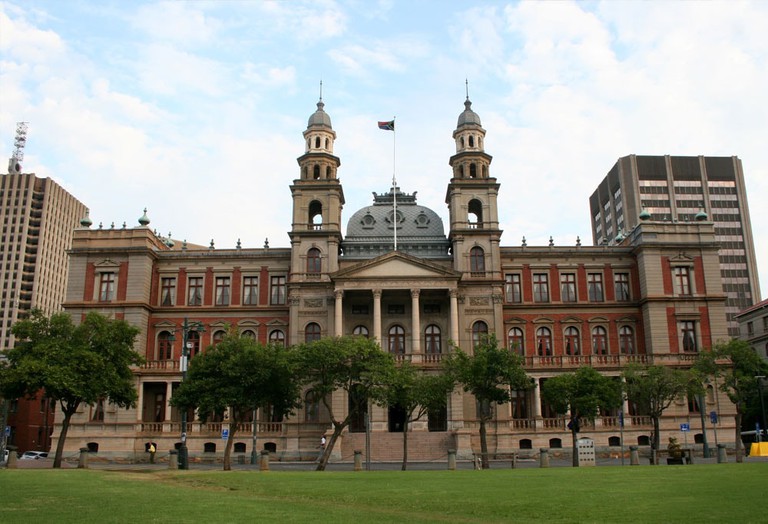 Palace of Justice | © Dutch Footsteps
Situated on the northern side of Church Square, the Palace of Justice is the headquarters of the Gauteng Division of the High Court of South Africa. The building was designed by Dutch architect Sytze Wierda and dates from the 19th century. Its foundation stone was laid by President Paul Kruger, whose statue presides over Church Square.
Open In Google Maps
40 Church Square, Pretoria Central Pretoria, Gauteng, 2, South Africa
+27123149000
Give us feedback 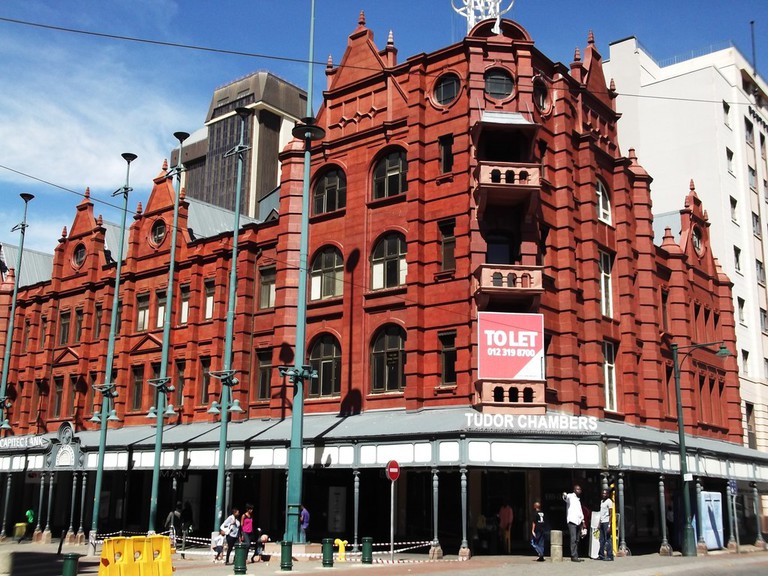 Tudor Chambers | © James in Joburg
Located in the southeastern corner of Church Square, Tudor Chambers was designed in the late 19th century by architect John Ellis for businessman George Heyns as a speculative development, intended for street-level retail and high-end luxury offices. Its architecture is typical late-Victorian, with Art Nouveau features seen in the decorative framing of the shop-windows at ground floor, and in the brassware furnishings of the three upper storeys. The building fell into disrepair but was later purchased and restored to its former glory.
Open In Google Maps
229 Church Street, Pretoria Central Pretoria, Gauteng, 2, South Africa
Give us feedback 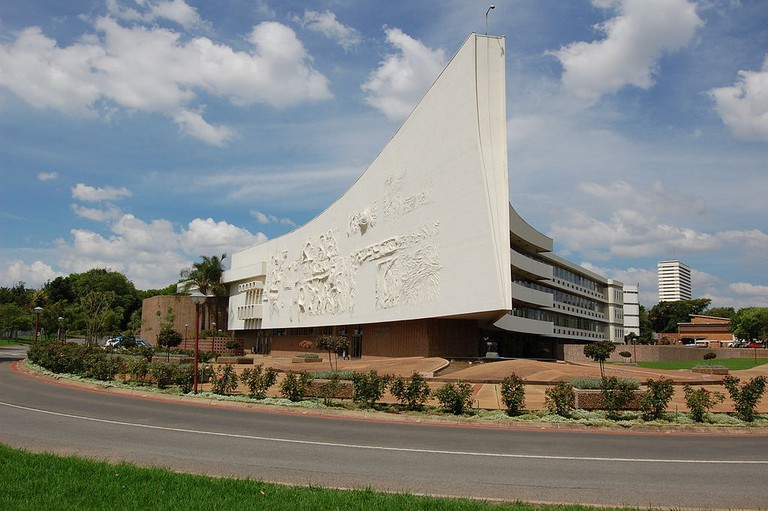 'Die Skip' Administration Building UP | © Mike-Prins / Wikimedia Commons
Fondly known as ‘Die Skip’ (The Ship), the old Administration Building of the University of Pretoria evokes fond memories in all its alumni. This striking, three-cornered building was designed by alumnus Brian Sandrock and completed in 1968. With elements of Neo-Brutalist design and an intricate mural providing texture to the steadfast northwest concrete wall, the building stands as an unmissable landmark of Pretoria.
Open In Google Maps
Lynnwood Rd, Hatfield Pretoria, Gauteng, 2, South Africa
+27124204111
Visit Website
Give us feedback 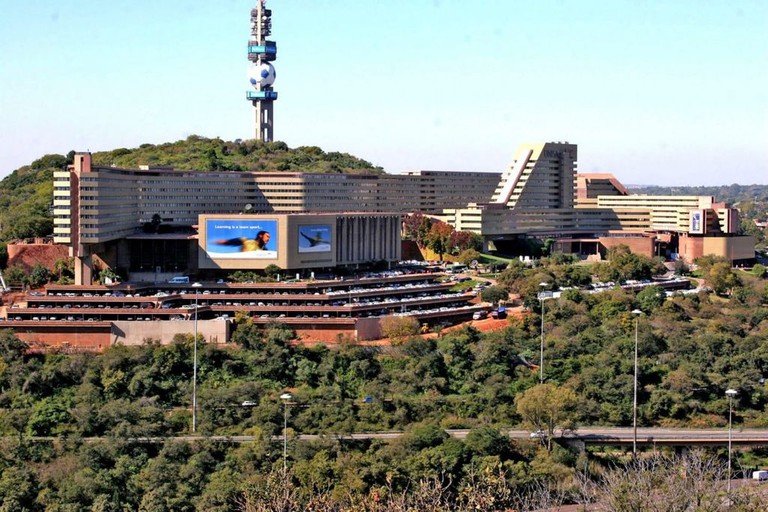 Unisa Muckleneuk Campus | © Gauteng Tourism Authority
The first sight of Pretoria when travelling from the R21 Highway reveals the grand façade of the University of South Africa’s (UNISA) Muckleneuk Campus complex. The main building, named after past vice-chancellor and principal of UNISA, Theo van Wijk, was built in the Brutalist style of the 1970s. The most striking feature is the long projection from the brow of the hill, supported by a giant, steel girder resting on a massive column. This steel beam can withstand 7.9 million pounds of pressure and can carry a continued load of five million pounds. The building, finished in 1972, can withstand gale force winds of up to 230 kilometres (143 miles) per hour.
Open In Google Maps
Preller Street, Muckleneuk Pretoria, Gauteng, 2, South Africa
+27124293111
Visit Website
Give us feedback

The Erasmus Castle, also known as ‘The Haunted House’ is a Victorian Art Nouveau mansion now privately owned by Armscor (whose equally impressive headquarters right next door can be seen when travelling south on the N1 Highway). The Castle, which has been fully renovated, was built in the Stick style and is a combination of the Gothic Revival Pointed (1840s) and the Queen Anne (1880-1910) styles. Public tours are by arrangement only, but worth the effort to view the well-preserved interior, and perhaps encounter the resident ghost, known for leaving lights lit and moaning at night. 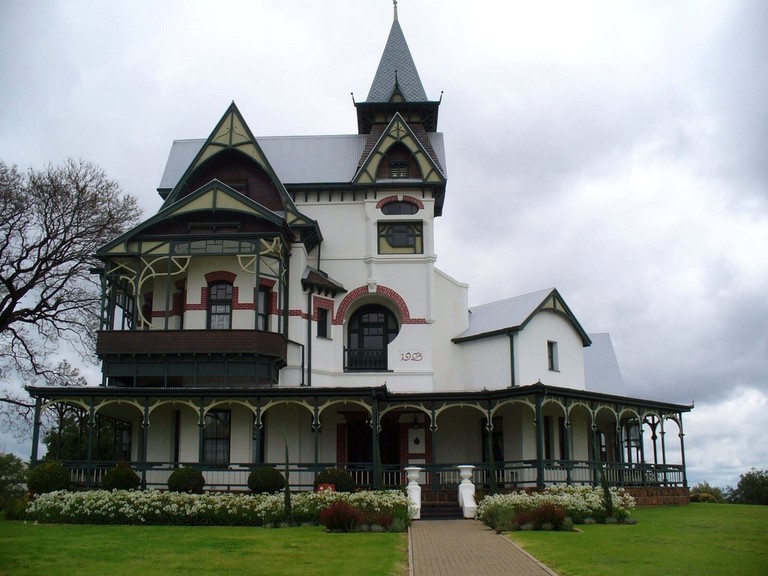 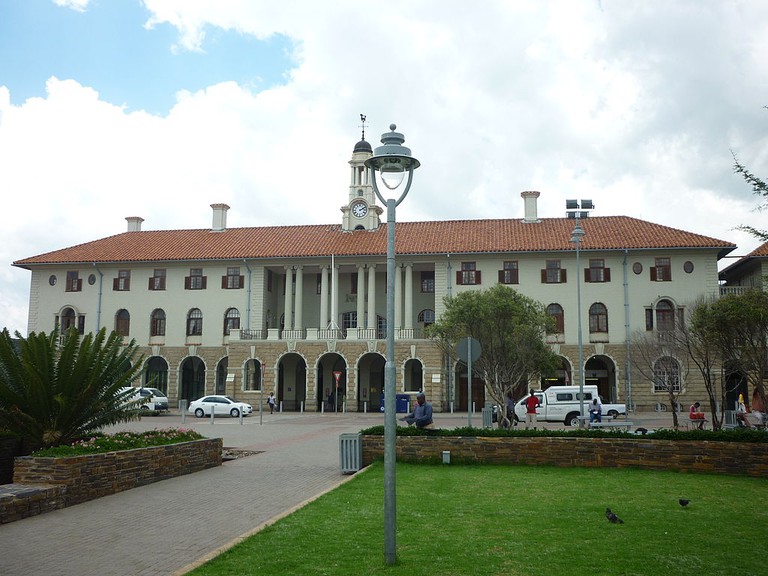 Pretoria Railway Station | © M Uebel / Wikimedia Commons
The Pretoria Railway Station is an undervalued gem designed by Sir Herbert Baker and completed in 1910. The building was Baker’s first public building commission and he used it to experiment with many techniques and designs later used in the design of the Union Buildings. Today the station is the terminus for various commuter trains, as well as the luxury Blue Train service to and from Cape Town.
Open In Google Maps
Scheiding Street, Salvokop Pretoria, Gauteng, 2001, South Africa
Visit Website
Give us feedback

AFGRI Head Office | © Paragon Group
While travelling on the N1 Highway between Pretoria and Johannesburg, you’ll see an interesting example of contemporary architecture in the new headquarters of AFGRI, an agricultural services company. The retro modernist building, designed by Paragon Architects, is based on the sculptural 1980s Brazilian modernism style, which introduced the rounded-edge box. Inside, the building is flooded with natural light, while a second skin of aluminum louvers protects it from the harsh African sun.
Open In Google Maps
Doringkloof Centurion, Gauteng, 46, South Africa
+27110632347
Visit Website
Give us feedback
Give us feedback