Hotels and Lodges to Book Near Mountains in South Africa 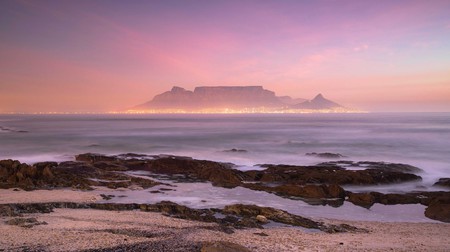 The view of Table Mountain standing guard over Cape Town is iconic in South Africa. It’s just one of the spectacular mountain views the country has to offer – if you book the right hotel here on Culture Trip.

It may be the most famous landmark in the city, but Table Mountain in Cape Town is just one of many rocky natural wonders in South Africa. Peaks, ridges, escarpments and koppies all line up across the country to put on a show for visitors. To give you a good seat, hoteliers around South Africa have been getting creative, popping suites up on stilts, making a log cabin seemingly grow out of a foothill and organising a range of activities – from tractor rides and labyrinths to a cookout under the stars. 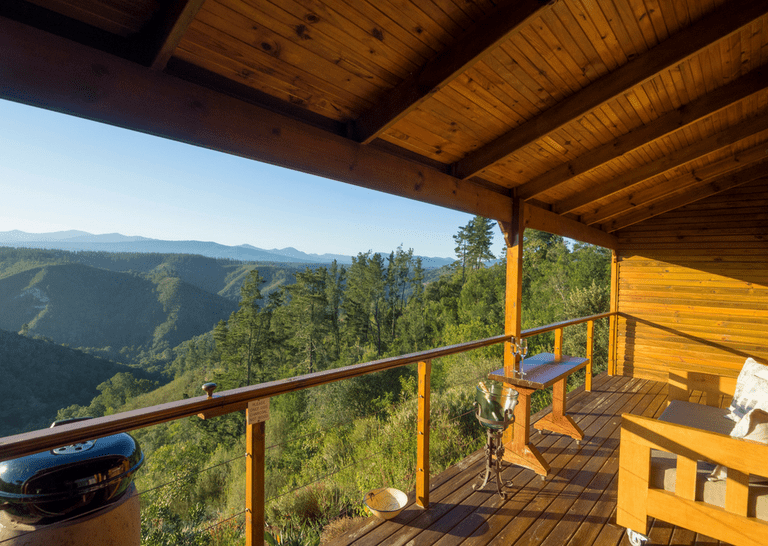 Cliffhanger Cottages more than lives up to its name. This cluster of self-catering chalets sits on the edge of a steep drop into a forested valley in Knysna, in the Western Cape, and offers the most spectacular views of the Outeniqua Mountains. The three log cottages vary in size – the biggest includes a wood-fired hot tub – while a towel folded into the shape of an elephant pays homage to the majestic animals roaming the forest below.

At 2,200m (7,218ft) above sea level, this idyllic retreat looks like it’s growing out of the foothills of Golden Gate Highlands National Park. Offering unobstructed views of the Maluti Mountains, the eight spacious wooden log cabins are so remote and peaceful that the outside world becomes a distant memory within seconds. The cabins are also cleverly designed to retain warmth during the cold seasons and stay cool during the summer months.

Traditional South African stew, potjiekos (which simmers in black iron pots until the meat falls off the bone), and tractor rides around the Langeberg Range are on the menu at this collection of five cottages in the Koo Valley outside Montagu in the Western Cape. The name references South Africa’s robust national flower, which grows wild on the farm, as do orchids and other blossoms, resulting in a brilliant display.

Built on the banks of the Maletsunyane River in Lesotho – the kingdom encircled by South Africa – using only local stone and thatch, Semonkong Lodge strikes just the right balance between modern conveniences and rustic elegance. There’s a lot to do on top of taking in the magnificent landscape of the Mountain Kingdom, including rides on the famous Basotho ponies, tackling the highest commercial abseil in the world and making a trip to Maletsunyane Falls.

Offering panoramic views of the Karoo and surrounding mountains, Stone Mountain Lodge has a charmingly ramshackle appearance of a place that’s been thrown together using whatever was to hand. There’s nothing shoddy about it or the stunning landscape, though. Here, you can explore picturesque gorges with some ancient cycads or, if you’re brave enough, take a dip in an icy mountain pool. 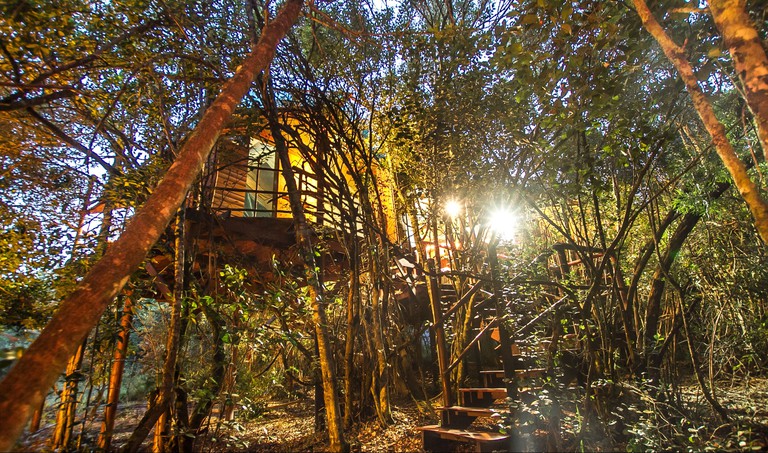 On 36ha (89 acres) of thick Knysna forest on the Garden Route, Teniqua Treetops lets you really hide away from the world. Its collection of suites have been constructed in the Karatara Gorge, with the front part of the accommodation on stilts, ranging from 2m-6m (7ft-20ft) above ground. It’s just the elevation you need for breathtaking views of the gorge and lush Knysna forest. 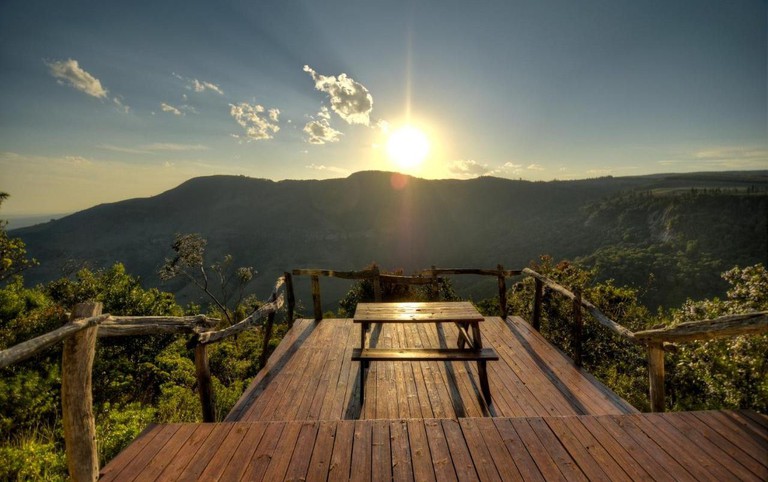 Some of the cottages at this retreat are on a cliff’s edge – in the Amathole mountains that surround the small town of Hogsback in the Eastern Cape. Also making you feel slightly dizzy is the Labyrinth at the Edge – an intricate maze similar to the one at Chartres Cathedral in France. It has a winding 1.4km (1mi) path to the centre, making it one of the largest of its kind in the world and giving new meaning to losing yourself on holiday.

In the dramatic Schoemanskloof escarpment, Wolwekrans Eco Lodge features unbeatable views of the Lowveld and the Drakensberg. Chalets come with fully equipped kitchens and braai facilities so that you can get stuck into some traditional, barbecued boerewors (sausages). Also, keep an eye out for the local wildlife roaming the area, including kudus, bushbucks, warthogs, baboons and even a handful of leopards. 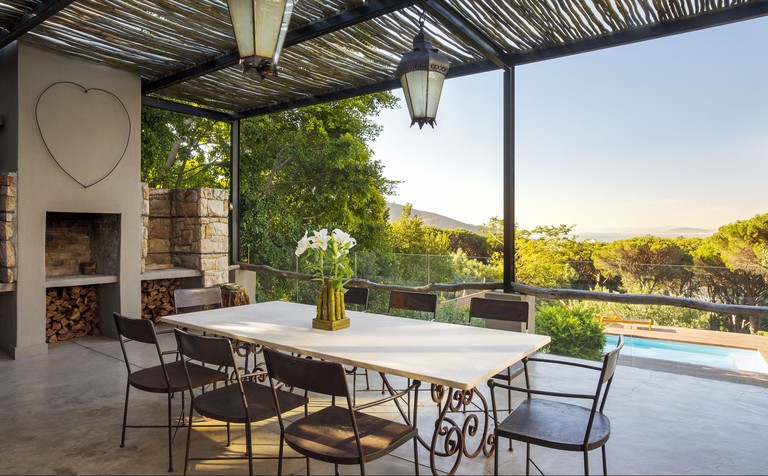 For Capetonians, the iconic Table Mountain is a source of comfort – a constant in a fast-changing world. To experience what that bond is like, you can spend some time in the mountain’s shadow at the three-bedroom luxury Table Mountain Retreat holiday home. A swimming pool, a garden and a picnic and braai area will make you fit into the neighbourhood in no time. 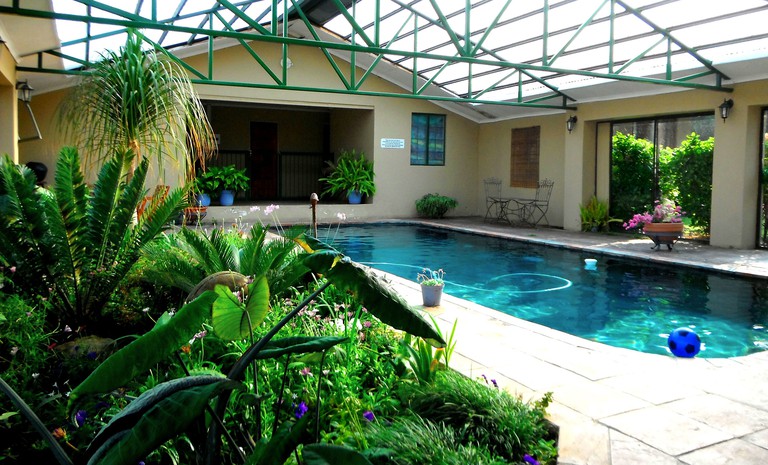 Drakensberg Mountain Retreat sits proudly on a ridge that overlooks the Drakensberg and Maluti mountains. Even in a country so blessed with gorgeous mountain views, what greets you here is truly special. It’s so remote that the silence almost rings in your ears and makes a lovely spot to go for a walk, filling your lungs with fresh country air after petting the local horses.

Enjoy a fashionable stay by booking one of the best boutique hotels in South Africa now with Culture Trip.

This is a rewrite of an article originally by Carina Claassens.