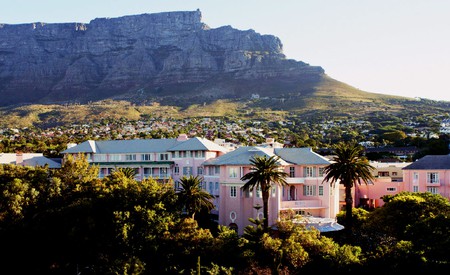 From old Cape Dutch houses to reimagined timber factories, South Africa is packed with throwback stays. Here are the best historic hotels in South Africa – all bookable with Culture Trip.

Of course, history in this country is complicated. Visits to historical places spark discussions around colonialism and apartheid, and some of the most magnificent properties in the country were built during troubled times. Booking into such a unique hotel comes with a double benefit, though, giving you both the chance to reflect on the past and present of South Africa, and to appreciate the physical beauty of the building. 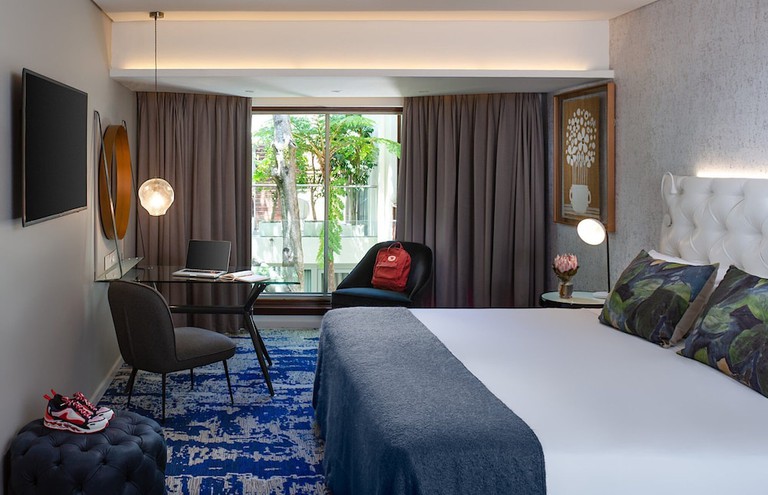 Courtesy of Vineyard Hotel / Expedia
View Rooms
From $88 Per night per room
The Vineyard Hotel was originally built in 1800 as a private home, and parts of this Cape Town estate still feel as if they belong in a bygone era. Contemporary styling, solar panels and an intensive recycling programme have largely brought the Vineyard into the 21st century, but you can still channel a slower, older way of life here. Have a long, lazy breakfast on the garden patio, watching the resident tortoises stride slowly across the manicured lawns.
More info 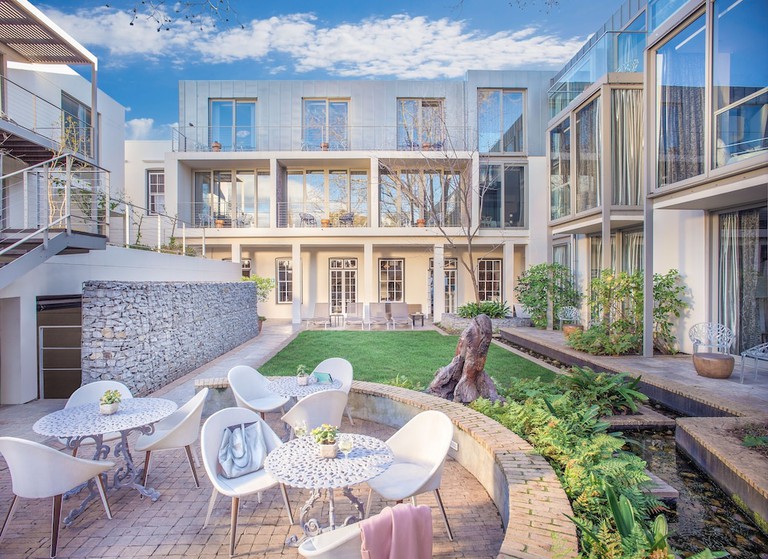 Courtesy of Oude Werf Hotel / Expedia
View Rooms
From $88 Per night per room
Tucked in the heart of historic downtown Stellenbosch, this is the oldest running hotel in South Africa. Its history spans a whopping three centuries – though you wouldn’t know it from the interiors. The walls might be ancient (the remains of a 17th-century graveyard are tucked under the kitchen), but the eclectic rooms with trendy exposed brick, frosted glass-walled bathrooms and contemporary fabrics create a modern feel. Even the oldest corners – with hardwood floors and beamed ceilings – have style.
More info

The Turbine Boutique Hotel and Spa 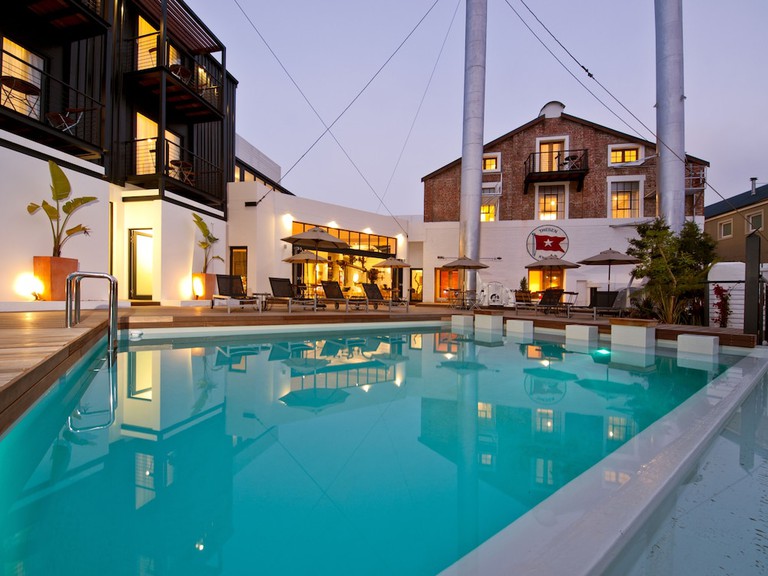 Courtesy of the Turbine Boutique Hotel and Spa / Expedia
View Rooms
From $115 Per night per room
Perched where the river mingles with the Indian Ocean at one of the most famous stop-offs on the Garden Route, the town of Knysna, this hotel has a unique location. And its backstory is equally distinctive: once home to a timber mill, the hotel incorporates much of the original kit, including a wood boiler and electricity generators. The bedrooms have big windows opening up onto the waters – now a popular haunt for sailors, rather than timber workers – while a casual pub serves craft beers and sunset views.
More info 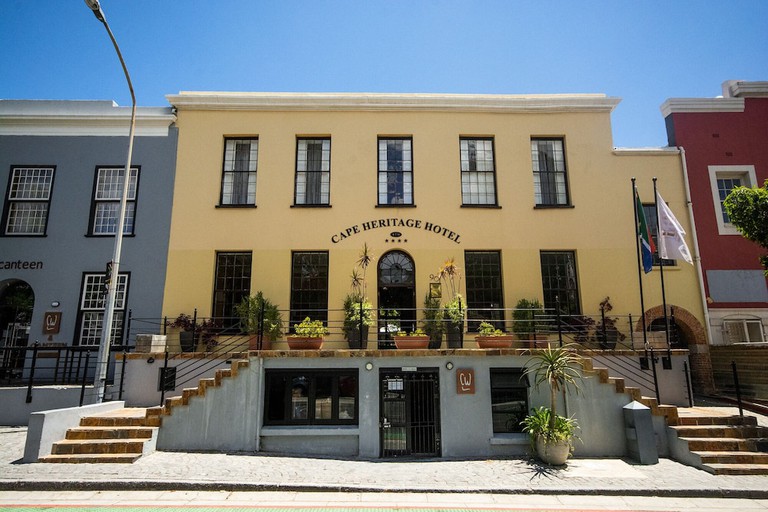 © Cape Heritage Hotel
View Rooms
From $103 Per night per room
Heritage Square is well named: it features Dutch and Georgian houses built as early as the 1770s. Cape Heritage itself dates back to 1781, and remnants of the past are here if you look, including a gnarled old grapevine planted the same year the building was put up. Don’t imagine this hotel is stuck in the past, though: modern South African art splashes the walls, some rooms are dressed in pops of cherry red, and a host of local restaurants nearby draws the Cape Town cool set.
More info 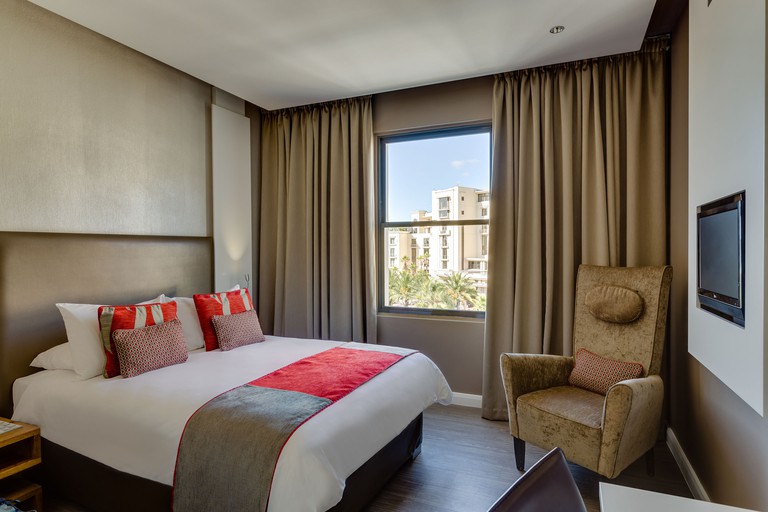 Courtesy of Protea Hotel Cape Town Waterfront Breakwater Lodge / Expedia
View Rooms
Long before the V&A Waterfront became the entertainment hub of Cape Town, with envelope-pushing contemporary art and tourist-friendly shopping, Protea Hotel was here. The fortress-like exterior, dating to the 19th century, is a result of the building’s original incarnation as a prison – but don’t be put off by this unusual pedigree. Now, the rooms are transformed with honey and sand colours, and the swish facilities include a spa, fitness centre and restaurant.
More info 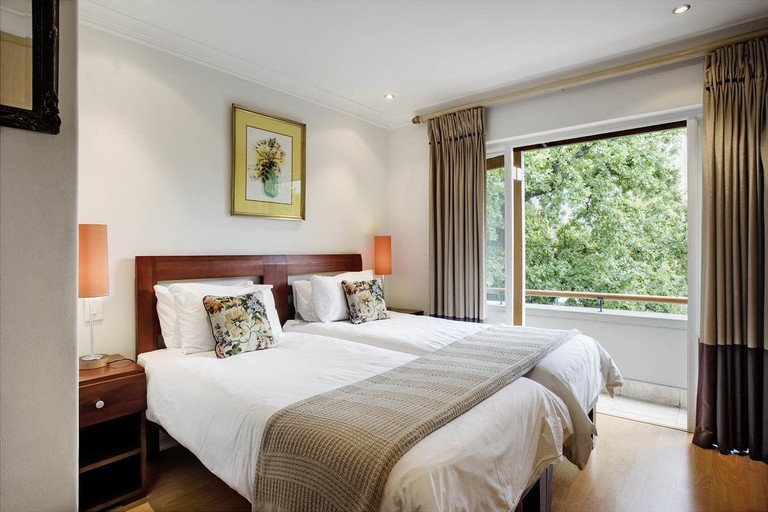 Courtesy of the Stellenbosch Hotel / Expedia
View Rooms
The Stellenbosch Hotel, in the heart of the most famous wine region in South Africa, channels an older way of life. Think sleepy afternoon drinks on a shade-dappled terrace, and bedrooms with characterful brass four-posters and wooden furniture. The Dutch-style building – declared a National Monument – has stood here since the late 17th century, yet the restaurant menu has moved with the times. Order rack of karoo lamb chased with a large glass of elegant local vino.
More info 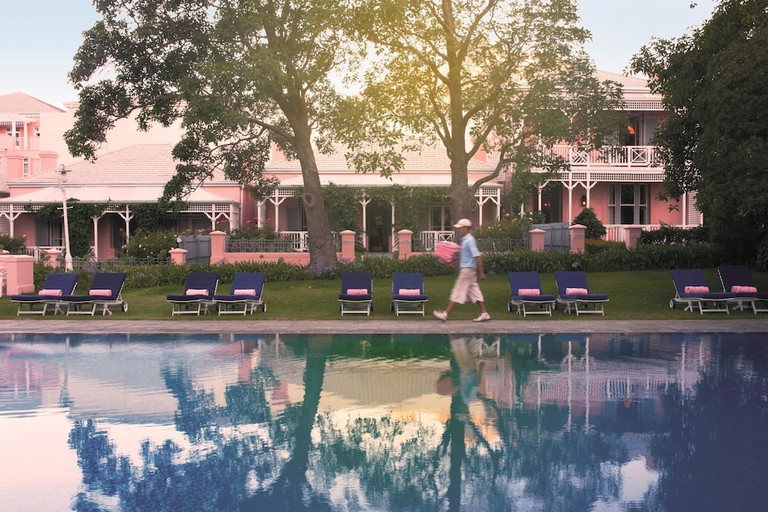 Courtesy of the Mount Nelson Hotel
View Rooms
From $268 Per night per room
Belmond Mount Nelson has played host to the likes of Queen Elizabeth II (she celebrated her 21st birthday here) and John Lennon, but its story goes back even further: built in the shadow of Table Mountain, the original hotel opened in 1899. Today, a throwback vibe remains in the public spaces of the hotel, with daily afternoon tea in a sun-flooded conservatory. The bedrooms, meanwhile, maintain every standard of modern luxury and are fit for a queen.
More info 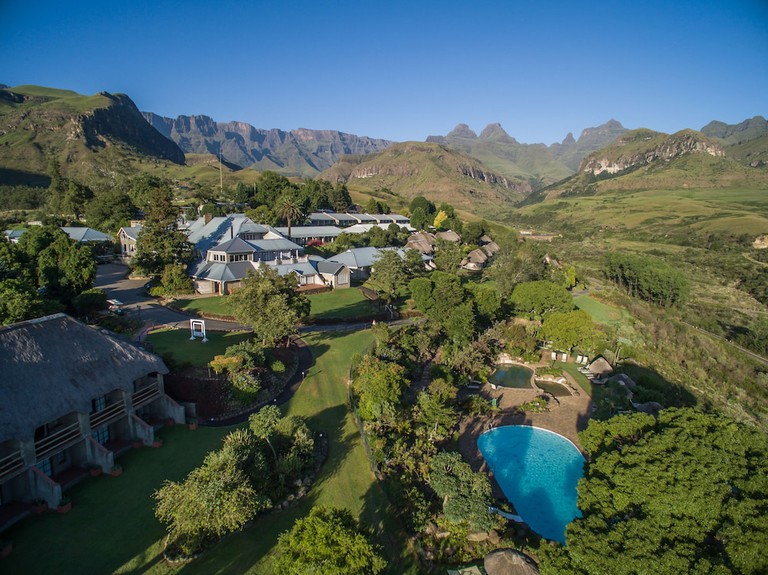 Courtesy of Cathedral Peak Hotel / Expedia
View Rooms
From $212 Per night per room
The craggy, verdant Drakensberg mountain range – separating South Africa from neighbouring Lesotho – is a popular pick with hikers, and the area also features Cathedral Peak, a historic hotel that has made the mountains accessible to visitors since the 1930s. The hotel is still owned by the founding Van der Riet family, and visitors flock here for traditional pursuits such as pool and darts, trout fishing and archery – and for the cosy lodge-like rooms with thatched ceilings, and that timeless Drakensberg scenery on the doorstep.
More info 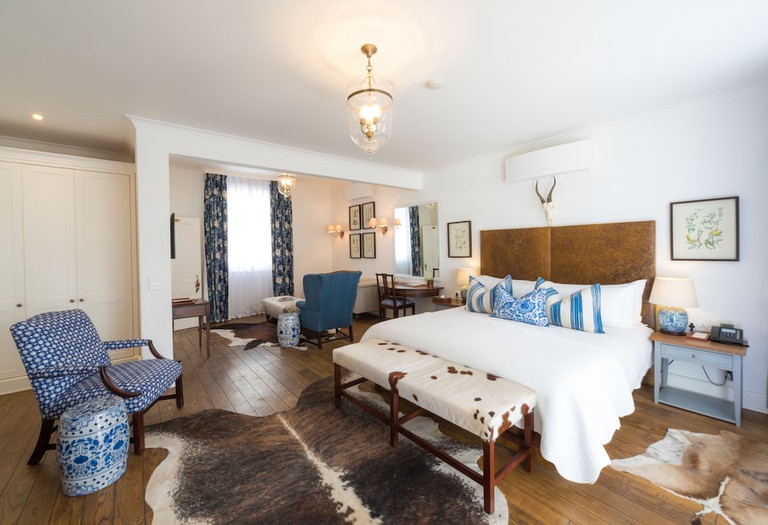 Courtesy of the Drostdy Hotel
View Rooms
From $103 Per night per room
Having opened in the 1800s, like much of the photogenic Karoo town of Graaff-Reinet, the Drostdy Hotel takes traditional Cape Dutch whitewashed buildings and thrusts them into modernity. Quirky cow-print sofas and game antlers nod to the location, while floral and striped fabrics tackle retro style in a fresh way. Settle in for dinner at one of the two restaurants – enjoy venison or ostrich on the terrace – then rise early to explore the nearby Camdeboo National Park.
More info

East of Johannesburg – and a natural stop-off en route to Kruger National Park – the Dullstroom Inn hasn’t changed much since it was founded in 1912. It’s still a homely, no-frills kind of place, with a pub dining room turning out honest food such as burgers, steak and kidney pie, and chicken schnitzel. The floral bedspreads and curtains give the bedrooms a charmingly retro feel.

This is an updated version of an article originally written by Carina Claassens.