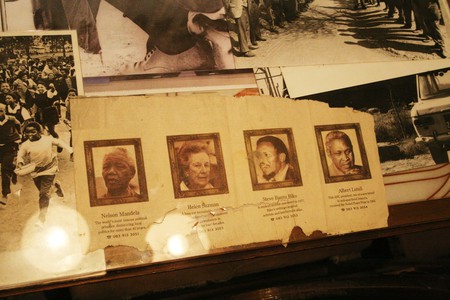 As South Africa celebrates Freedom Day on April 27, most see it both as a welcome holiday and as a time to reflect back on the day in 1994 when South Africans of all colour cast their votes in the country’s first free and democratic elections. We take a look at some of the freedom fighters who died at the hands of an unjust and inhuman apartheid state without ever experiencing the free South Africa they fought so hard for.

Although more than 40 years have passed since Stephen Bantu Biko’s death, his influence on South African history remains profound, and he stands as one of the most thought-provoking and popular anti-apartheid activists to have fought for the liberation of the country.

Biko had a deep, philosophical outlook on life and believed that the emancipation of the mind was necessary before political freedom could be attained. As the leader of the Black Consciousness Movement, he took the organization from one of student discontent into a political force that was unprecedented in the history of South Africa.

By 1973, the apartheid regime had banned Biko from writing or speaking publicly, talking to journalists, or (bizarrely) speaking to more than one person at a time. This did not deter Biko, who continued his freedom fight underground. His death, by police torture, was cruel and prolonged, with South African security forces attempting to pass it off as a hunger strike or suicide. 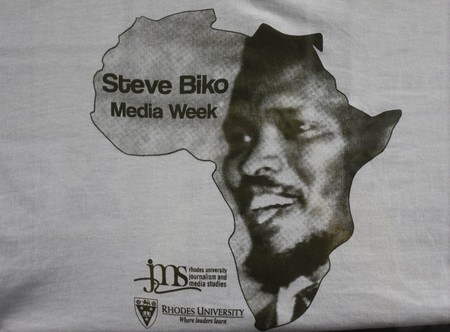 His death at the age of 30 caused an international outcry that shook the world and denied South Africa an influential and forward-thinking leader. Former Daily Dispatch editor and friend of Biko Donald Woods had this to say of his tragic death: “In the three years that I grew to know him, my conviction never wavered that this was the most important political leader in the entire country, and quite simply the greatest man I have ever had the privilege to know.”

The Mxenges were well-known civil-rights lawyers who took up the cases of political freedom fighters across all political parties, and fought for youths who had been mistreated during imprisonment. As intelligent, well-educated people they were seen as great threats by the apartheid government.

Griffiths was convicted under the Suppression of Communism Act and sent to Robben Island after having been detained by police for 190 days. He survived his incarceration and continued his fight for South Africa’s freedom until 1981, when he was abducted, stabbed, and hammered to death. Victoria was murdered four years later in the driveway of her home, and her children witnessed the attack.

In 2006, Victoria Mxenge was posthumously awarded the Order of Luthuli in Silver for her excellent contribution to the field of law and sacrifices made in the fight against apartheid and oppression in South Africa. 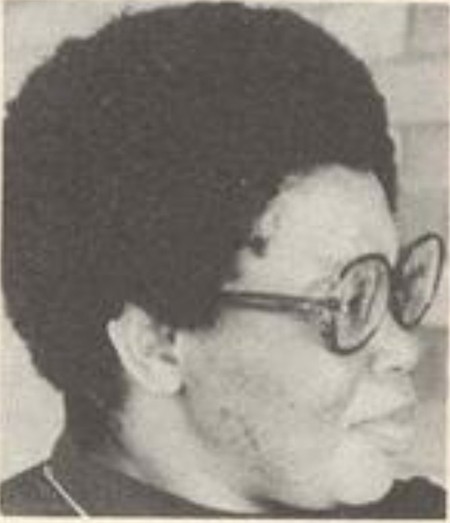 The image of a dying 12-year-old Hector Pieterson being carried by a crying youth during the Soweto uprising in 1976 shocked the world, and still stands as a stark reminder of South Africa’s apartheid legacy.

He was a child with no political affiliation, who joined an initially peaceful crowd in protest against the Bantu Education Act. The poignant and deeply telling photograph that captured his last moments has been reproduced thousands of times across the globe in memory of his unjust and untimely death. The boy holding Hector, Mbuyisa Makhubo, was so harassed by security police after the photo was published that he fled South Africa, and it’s thought that his family never saw him again. 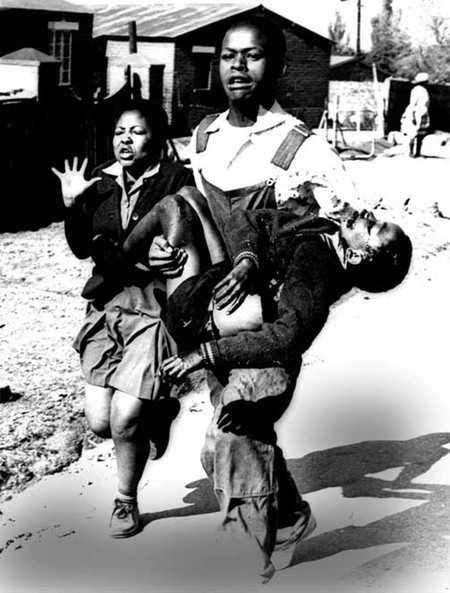 Photo by Sam Nzima displayed on Hector’s memorial in Soweto. His sister is beside him | © Robert Cutts / Flickr

Hastings Ndlovu was another young victim of the Soweto uprising who died a brutal death at the hands of riot police. He was a 15-year-old schoolboy at the time and is believed to have been one of the first youths to have been shot during this bloody freedom battle. He was laid to rest in the same cemetery as Hector Pieterson and is honoured alongside Hector at the Hector Pieterson Memorial Museum.

Nelson Mandela, in his book Long Walk to Freedom, had this to say about that fateful day: “The events of that day reverberated in every town and township of South Africa. The uprising triggered riots and violence across the country. Mass funerals for the victims of state violence became national rallying points. Suddenly the young people of South Africa were fired with the spirit of protest and rebellion. Students boycotted schools all across the country. Bantu education had come back to haunt its creators, for these angry and audacious young people were its progeny.”

With a deep interest in anthropology, Rhodesian-born Webster first took a stand against apartheid by joining a peaceful sit-in at Rhodes University in protest against black students’ exclusion from the university’s rugby team. Later, as a lecturer at Wits University, his research led him to the subject of the psychological trauma and torture used on detainees by the South African security forces during interrogation.

Together with his partner, Webster authored a report that exposed the intensifying state repression and how liberation movements were finding new and creative methods of resistance. Webster was murdered by apartheid assassin Ferdi Barnard, just nine months before Nelson Mandela’s release from prison. 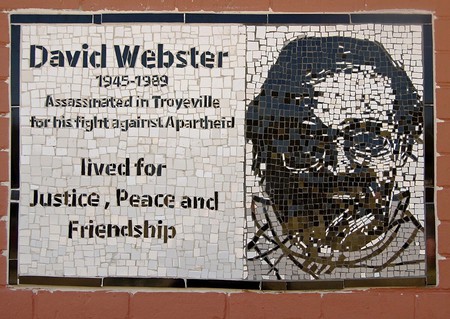 At 28 years old, Neil Aggett was the first white South African to die at the hands of South Africa’s security police. As a doctor who worked mostly in overcrowded black appointed hospitals, he was acutely aware of the hardships and poverty-related diseases of workers, and soon became involved in trade unions that were working to champion worker rights. As a result, he became a target of harassment by the Security Branch of the South African Police and was labelled a communist.

His death in 1982 was called suicide, but 16 years later, South Africa’s Truth and Reconciliation Commission ruled that being assaulted, blindfolded and given electric shocks for more than 70 days in detention was directly responsible for Aggett taking his own life. 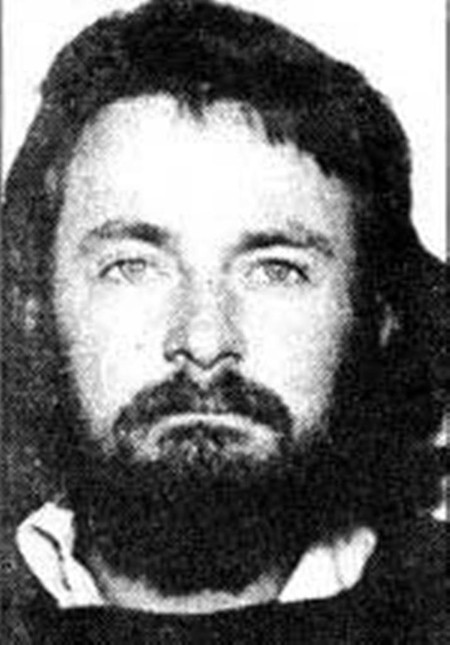 “My blood will nourish the tree that will bear the fruits of freedom. Tell my people that I love them. They must continue the fight.” These are the words that stand on Solomon Mahlangu’s tombstone.

He was an Umkhonto we Sizwe soldier who was charged with two counts of murder and several others under South Africa’s Terrorism Act. Evidence that emerged during his trial cast doubt over his double murder charge and Mahlangu pleaded not guilty. However, Mahlangu never did have his fair day in court, as so brutally was he beaten while detained that he was deemed unfit to stand trial. Not deterred by this, the apartheid state continued their case against a now-defenceless Mahlangu and found him guilty as charged. He was hanged in 1979. 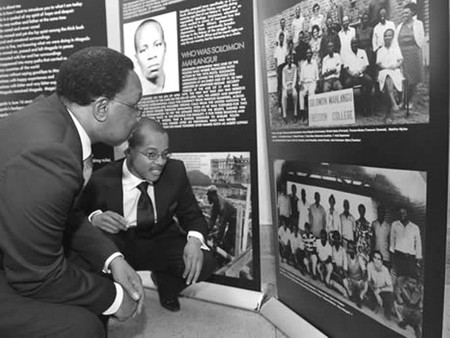 The life of Ahmed Timol, teacher, freedom fighter, and avid sportman, was cut short when he reportedly jumped out of a window at the notorious John Vorster Square police station in Johannesburg. He was arrested after being found in possession of banned ANC literature. His capture spawned a string of subsequent arrests, with many others being detained and brutally beaten and tortured.

Timol’s family were given his body for burial and, after ritual Muslim washing rites, reported his fingernails to have been removed, his neck broken, and his body covered in bruise and burn marks.

The Sharpville Massacre brought the inhuman and cruel face of the apartheid regime into the global spotlight, as the freedom fight for South Africa began in earnest. The day began as a peaceful protest march, with a group arriving at a police station in Sharpville to non-violently surrender themselves for refusing to carry pass books (a legal requirement for any non-white during apartheid).

Met by a heavy police contingent, panic soon ensued, shots were fired, stones were thrown, and within two minutes 69 people had died. Many were shot in the back while fleeing. Shortly thereafter, the ANC and PAC (Pan-African Congress) were banned, eliminating the pathway to peaceful resistance and forcing them to move towards armed resistance.

A cloudy controversy remains over the death of Ashley Kriel, a soft-faced 20-year-old who is still recognized as the quintessential representative of student and youth leadership of the 1980s. He was shot in what was meant to be a safe house in Athlone, Western Cape, but it is believed that this was only after beatings with a spade and other forms of torture.

His funeral was marred by a heavy police presence, with his family never getting the opportunity to say a proper goodbye. His killer, state operative Jeffrey Benzien, testified years later before the Truth and Reconciliation Commission. Questions regarding his torture remained unanswered, with Benzien testifying that he did not recall whom exactly he had tortured.