Behind the Scenes: Films Inspired By and Made in South Africa 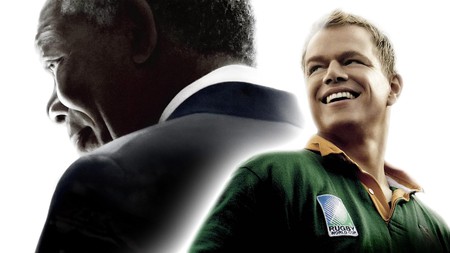 Matt Damon and Morgan Freeman star in Invictus, based on true events | Courtesy of Warner Bros.

With a landscape as diverse as its cultures, South Africa has become a hit among international film producers. From bustling cities and quaint towns to arid deserts and lush greenery, here are some of the best on-screen locations to experience in real life – and the films to watch before a trip to the Rainbow Nation.

Soon after Lord of War (2005) was filmed in Cape Town, international producers woke up to South Africa’s potential as a filming location. Blockbusters like Dredd (2012), Mad Max: Fury Road (2015) and Resident Evil: The Final Chapter (2016), to name a few, soon followed.

But international hits were produced here long before Hollywood caught on. Legendary local actor Hans Strydom, who’s played close to 40 roles in some of the country’s biggest productions, says one of his favourite roles was in Jamie Uys’s The Gods Must Be Crazy II (1989) – the follow-up to the 1981 international sensation. “Jamie was always a step ahead as a filmmaker, incredibly creative. Even today, South Africans from all cultures adore the film,” he says.

The film’s gorgeous backdrop in the Kalahari Desert had many tourists flocking to the country soon after, and these movies will have film-lovers doing the same… 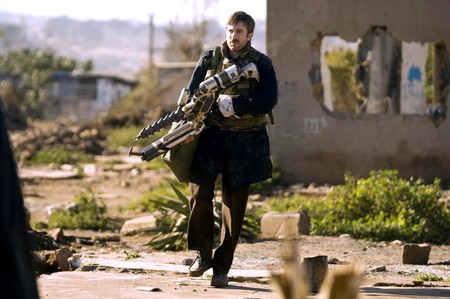 This four-time Oscar-nominated fantasy thriller about extraterrestrials forced to live in a slum on Earth was shot in Soweto, a township bordering Johannesburg’s mining belt. Director Neill Blomkamp says he chose to shoot during the dry winter months when the city “actually looks like a nuclear apocalyptic wasteland”. But visit the city in the summer, when spectacular late-afternoon thundershowers transform the grey, parched landscape into a lush green urban jungle, and it’s hard to believe it’s the same place. It’s one of the 10 most tree-filled cities in the world, and its trees, composed largely of jacarandas, are worth an estimated US$30 billion (£24 billion). 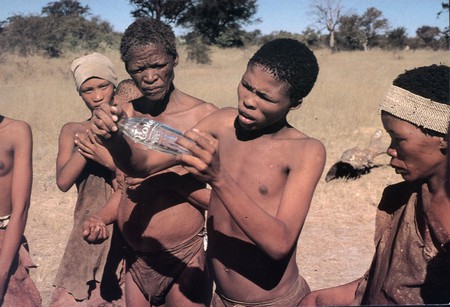 When a pilot drops an empty Coca-Cola bottle into the Kalahari Desert, a Khoisan member of a Bushman hunter-gatherer tribe, who has never seen such a thing before, finds it – and absolute hilarity ensues. The movie grossed more than US$90 million (£73 million) worldwide in the four years after its release, including US$11 million (£9 million) in the USA alone – quite the feat for a low-budget film from the early 1980s. Of course, things have changed since then for the Bushmen. Even those who still live a hunter-gatherer lifestyle in the Kgalagadi Transfrontier Park, which straddles the border between South Africa and Botswana, would have enjoyed a Coke by now. But luckily the park is still largely the same as depicted in the film – rolling red dunes stretching into infinity, dotted with antelope such as gemsbok, springbok and eland. 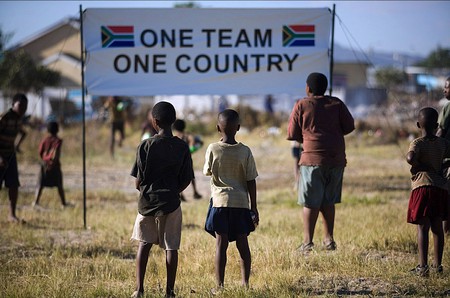 Director Clint Eastwood chose to film entirely in South Africa to retain the authenticity of this heart-warming tale, with Morgan Freeman playing Nelson Mandela in the triumphant story of South Africa winning the 1995 Rugby World Cup, which the country hosted during the early days after the end of Apartheid. Shot in Cape Town, Pretoria, Johannesburg and on Robben Island, most of the venues depicted in the film can be visited today. Explore the desolate prison where Mandela was held on Robben Island before becoming the country’s president in 1994. The island, now a popular historical tourist destination inhabited by penguins that brighten the mood, is a short ferry trip away from Cape Town. Or, evoke the film’s thrilling climax by attending one of the regular rugby or soccer matches at Johannesburg’s Ellis Park Stadium, where Francois Pienaar (played by Matt Damon) led the national team to victory at the World Cup in front of thousands of cheering fans. 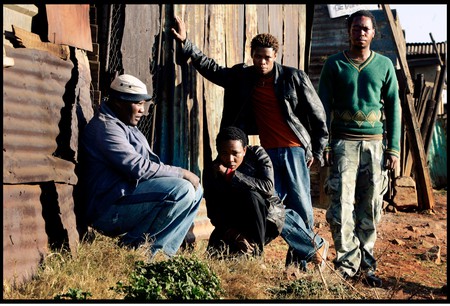 Winner of the 2006 Academy Award for Best Foreign Language Film, Tsotsi takes a look at the true underbelly of South Africa, where poverty forces many to resort to a life of violence and crime. Gritty township life in Soweto, where characters live in makeshift houses constructed of corrugated iron sheeting metal off-cuts, contrasts starkly with scenes set behind high walls in Johannesburg’s middle-class suburbs.

Tsotsi (played by Presley Chweneyagae), the main character whose name translates to “gangster”, hijacks a car in Johannesburg, only to realise there’s a baby in the back seat. He takes the baby back to his house in the slum, which changes his life.

The film gives a glimpse of a South Africa tourists rarely see – seemingly unbridgeable economic inequalities and the daily tension it creates for all, for different reasons, but also the fervent hope of change, redemption and unity that’s never quite out of sight.

Although an intense drama, the film’s soundtrack featuring kwaito music by the likes of local artist Zola will give you a taste of the country’s vibrant culture.

Location scouting was almost as important as casting in this movie about a surfer in search of the perfect wave. Cape Town-based director Bruce McDonald says the locations, in fact, “are characters in the film, because they play a part in the story.”

A surfer himself, McDonald says he wanted to inspire viewers to travel more by finding the most beautiful places to shoot – from Bali to Mauritius to South Africa. The film, which tells the true story of surfer Ian McCormack (played by Scott Eastwood) and his near-death experience after a box jellyfish sting, was hailed for its excellent cinematography.

South Africa, with its 2,800km (1,740mi) of coastline, is a surfer’s paradise. Head to Muizenberg or Victoria Bay in the Western Cape, legendary Jeffrey’s Bay or St Francis Bay (incidentally, the location of the 1960s surf classic Endless Summer) in the Eastern Cape, or the warmer waters of Durban or Green Point along the KwaZulu-Natal coastline, to catch your own perfect wave. 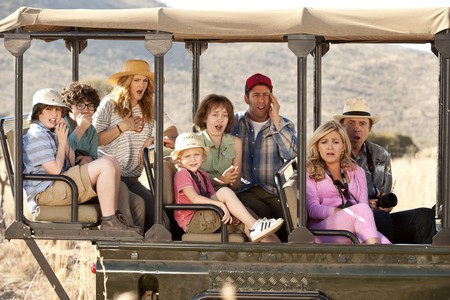 It might be a tad predictable and a tad schmaltzy, but Blended is essentially a fun romp through favourite tourist destinations and activities in the north of the country: a big-game safari and a stay at the artificial oasis and luxury resort Sun City, with ostrich rides to boot. While the romantic comedy starring Adam Sandler and Drew Barrymore was shot in and around Sun City and its animal park, tourists would do well to rather book separate stays in national parks such as nearby Pilanesberg or the world-famous Kruger – one of the biggest reserves on the continent. These bigger parks offer many more opportunities to see animals, including the Big Five, in their natural habitat, as well as more authentic experiences such as horseback, walking or cycling safaris. What is a visit to Africa, after all, without a proper safari? 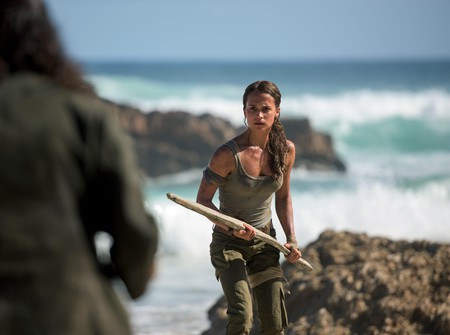 Cape Town’s Hout Bay harbour was transformed to look like Hong Kong for Tomb Raider, complete with floating walkways and restaurants. In reality, it’s a quaint fishing harbour and the peninsula’s main source of crayfish. On weekends, the Hout Bay market is a favourite with locals – browse arts and crafts while enjoying the sounds of live jazz acts and snacking on anything from gourmet hot dogs to home-made ice cream. Between June and August, be sure to try snoek (pronounced ‘snook’) – a mackerel species only found in the Southern Hemisphere, usually grilled and served with a sticky apricot glaze. 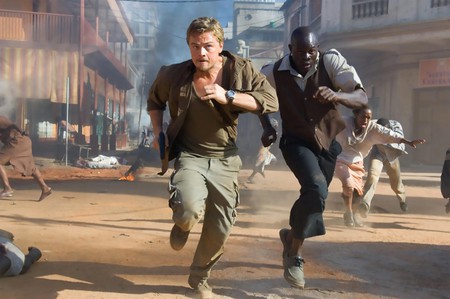 Leonardo DiCaprio was probably the first American actor who pulled off a decent South African “ja” (yes) in his role as a mercenary trying to recover a rare diamond during the Sierra Leone Civil War in 1999. Due to poor infrastructure in Sierra Leone itself, the film was shot at locations across Cape Town, Port Edward on the KwaZulu Natal coast (which looks similar to the tropical terrain of Sierra Leone) and Mozambique. South African casting agent Moonyeenn Lee, who worked on Blood Diamond and other international productions like Hotel Rwanda (2005) and Life Above All (2010), says although South Africa offers beautiful scenery and locations, producers are often drawn to the country for monetary reasons. “But it benefits locals, too, when they work with good directors and strong actors. However, I believe our own acting talent is superb and wish local producers would believe in and promote South African actors more.”

This is an updated version of a story created by Carina Claassens.