10 Daring Activities and Sports to Do in Cape Town 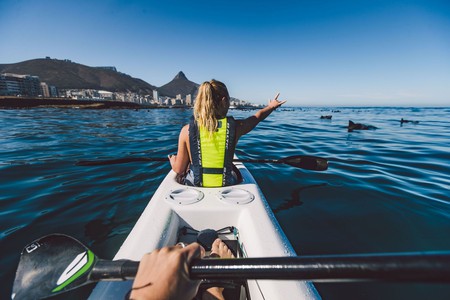 Cape Town is a veritable outdoor lover’s dream. Even those who don’t usually feel the pull of adventure and outdoors struggle to resist the city’s towering mountains and crystal clear oceans. Regardless of your fitness level or adrenaline addiction, there’s something to get you outside and earning a whole new appreciation for the Mother City.

If the idea of whipping between treetops attached only to a long wire gets your pulse racing, then you’ve got to try out one of Cape Town’s numerous zip-lining routes. This is the perfect activity for entry-level thrill seekers who are not quite ready to risk it all, but who still want to feel the rush that comes from an aerial adventure. You’re safely attached to the zip-line by a harness at all times, and after a few tries you’ll be pushing the limits and soaking up the incredible views beneath you.

There’s a zip-line course close to the city at Silvermist Mountain Lodge, as well as larger versions in Hermanus and Ceres. But you’ll find the granddaddy of all zip-lining at Cape Canopy Tour outside the small town of Elgin, where there’s a thrilling route amongst the picturesque Hottentots Holland Mountains. 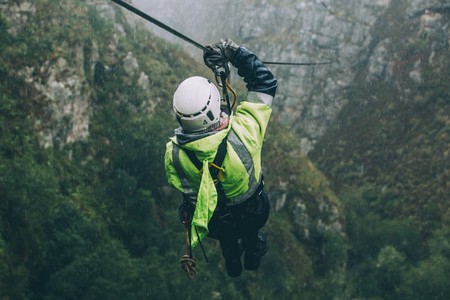 When the air currents are cooperating, it’s hard to miss (and harder still to not be envious of) the paragliders calmly riding the thermals above Cape Town’s Signal Hill. The good news is that even amateurs can join in on the fun. There are several companies that offer tandem paragliding trips from across the city, with launch sites from Signal Hill, Lion’s Head and even Table Mountain. It’s a thrilling way to see Cape Town from a new perspective. 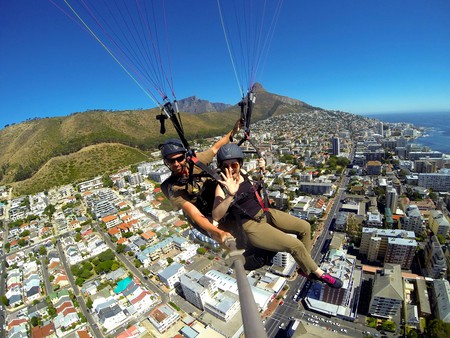 Many people travel to Cape Town from around the world simply to ride the stellar waves. Others arrive here and can’t resist the pull of the ocean. Regardless of your skill level, there’s a wave to ride in the oceans surrounding the city. Feeling adventurous? Head to Kommetjie, Llandudno, Noordhoek or, with the necessary preparation, the world-famous big-wave surf spot of Dungeons. If you’re just starting out, the quaint seaside suburb of Muizenberg has you covered: the waves there are gentle, and there are several companies ready to rent you equipment and share some of the stoke. 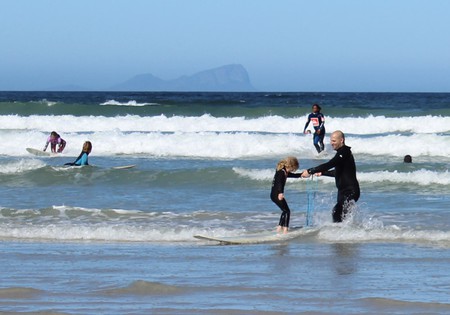 Prefer to spend your time beneath the water? South Africa is one of the best scuba diving destinations in the world. There are diverse and beautiful dive sites along its eastern and western coastlines. Near Cape Town, you’ll find spectacular coral reefs, shipwrecks and a variety of sealife including turtles, sharks, dolphins, seals, whales and fish. There are dive tour operators and rental companies located in most coastal towns who’ll answer all your questions, hire out equipment and take you to some of the region’s most revered sites. 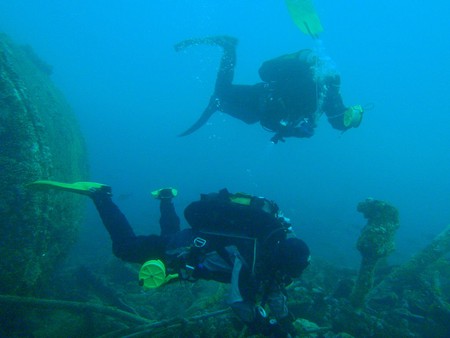 If you’d like to stay out of the water altogether, but still reap some of the rewards of being on the ocean, pick up a paddle and head out to sea aboard a kayak. The perspective you’ll gain of the Cape Peninsula when just millimetres from the ocean is truly humbling, and there’s also a good chance you’ll catch sight of some stunning marine life. As you’re getting to experience all of this thanks to your own upper-body power, you’ll feel a great sense of accomplishment afterwards. Kayaking companies Atlantic Outlook and Kaskazi Kayaks launch along the Atlantic Seaboard and offer the most scenically rewarding journeys along the peninsula. 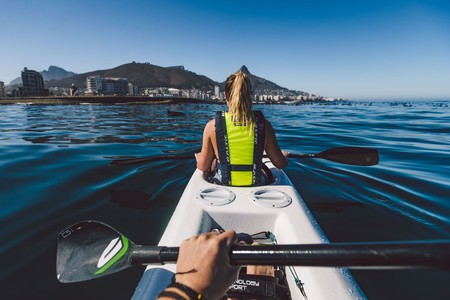 Cape Town has earned global recognition as a rock climbing and bouldering hub. With everything from ancient boulders to wild, unexplored rock faces just a short drive from the city, it’s the perfect base for climbers. There are over 300 sport and traditional routes for all skill levels hidden amongst the Western Cape’s vast mountain ranges. Further afield, towns like Paarl and Cederberg offer some of the most challenging and scenically beautiful routes imaginable. And if the weather turns, or you just want to brush up on your skills, there are several indoor climbing walls and gyms dotted throughout the city. If you’re not much of a climber, but still want to feel the rush of being on a rock face, Abseil Africa will lower you safely off the side of Table Mountain. 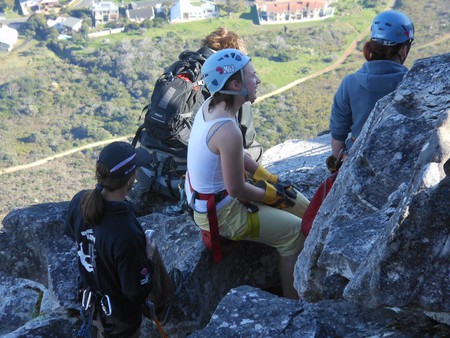 Though the nearest snow-based activities to Cape Town are hardly worth writing about, if you’re addicted to slopes and boards, it may be worth testing your balance on our local dunes. There are impressive dunes up to 35 metres (115 feet) high, just 40 kilometres (25 miles) outside Cape Town, and companies like Sidewinder Adventures and Sandboarding Cape Town can handle everything from transfers to equipment rentals. 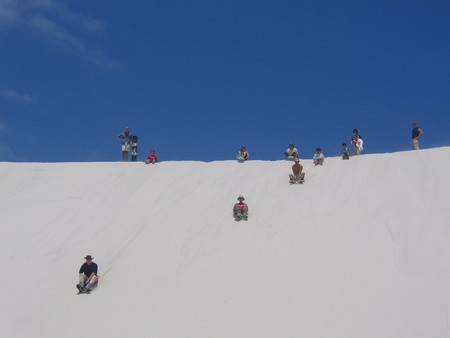 Don’t bemoan Cape Town’s infamous southeasterly wind; rather embrace it by learning to harness its power. The coastal suburb of Table View and its surrounds offers some of the best kiteboarding and windsurfing conditions in the world. Pros flock to Table Bay to push the limits of the powerful winds, and there are also several schools who’ll teach newbies the ins and outs of the sport. 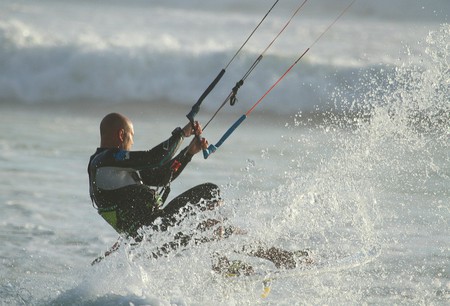 Stand-up paddle boarding, or SUPing, might look like a tranquil activity from the shore, but when you stand up on these thick boards you realise how much work goes into staying out of the water. Cape Town’s a great spot for both amateur and accomplished SUPers. The waters of Muizenberg are perfect for those who like to catch waves while on their SUP boards, while the quieter waters beyond the breakers at Clifton and Camps Bay offer incredible views. For a more predictable experience, SUP Cape Town will take you out on some of the city’s hidden canals, waterways and lakes. 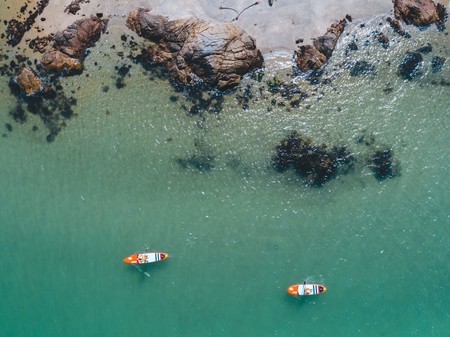 Skydiving in South Africa is remarkably cost-effective compared to many other countries around the world. And when you consider just how stunning some of Cape Town’s surrounding scenery is when viewed from the air, it’s no surprise that this is one of the most popular activities for adrenaline junkies. Drop zones in South Africa are regulated by the Parachute Association of South Africa, which ensures that safety and training are on a par with international standards. Whether you’re an experienced skydiver, a first-time jumper or want to learn how to skydive on your own, companies like Mother City Skydiving and Skydive Cape Town will take good care of you. 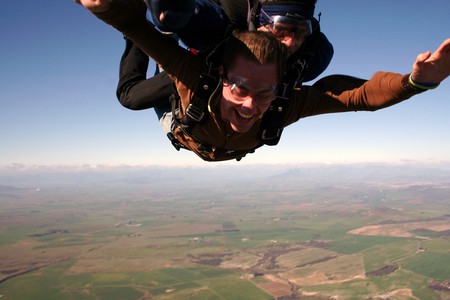 Cape Town’s waters are notoriously populated by beautiful great white sharks. Although these seldom attack humans, there’s something quite profound and thrilling about dipping into the water with them, with just a metal cage for protection. There’s no shark cage diving in the waters immediately surrounding the city, so you’ll have to head to the Overberg town of Gansbaai. There, you’ll find dozens of tour companies offering trips into the heart of the great white shark capital of the world, and though the waters can get choppy, especially during winter, it’s available year-round. 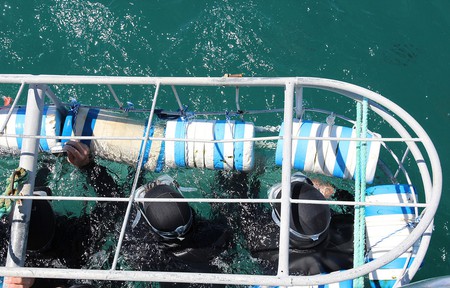