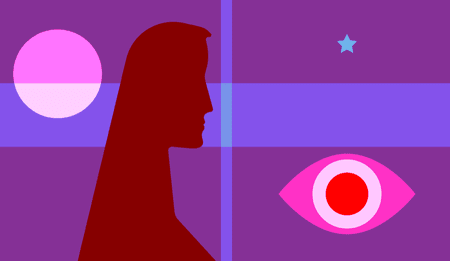 After a lukewarm international response to Mogadishu’s worst bombing incident ever, can Somalian writers save its citizens from being seen as mere statistics?

The opening scene of Karan Mahajan’s novel The Association of Small Bombs depicts a car bomb explosion in a crowded New Delhi market as “a flat, percussive event.” People hold their wounds that drip in a “bloody yolk” as if “they had smashed eggs on their bodies.” Dead mothers cover their children, briefcases burn beside the corpses of businessmen, trees are uprooted, market stalls destroyed, cars and buses are dismantled. It’s imagery that is vividly wrought into prose, but to imagine an explosion is far different than observing one first hand.

As reports of the bus that exploded in a Mogadishu market ticked off a body count of over 300 dead, over 500 wounded, an atrocity so bad that Newsweek dubbed it “Somalia’s 9/11,” Mahajan’s bomb scene came to mind as I stared at images of the wreckage—a man being carried out of rubble covered from chin to waist in blood; smoke rising from a levelled city block; bystanders with hands over their mouths and tears in their eyes—photos of devastation that unfortunately aren’t difficult to find in the news. This is part of what made Mahajan’s novel such a compulsive read. It brought subjectivity to horrors that most often occur in far off places where they are easy to ignore.

As New Yorker journalist Alexis Okeowo observed, despite the fact that this was the worst terrorist bombing in Somalian history, the event wisped by in the press, noted in formulaic dispassion and lacking the more intimate stories of victims that such events produce were similar acts of terrorism to happen in the West. “It has become acceptable to think of the country as holding only war and extremism,” she wrote, “and to forget that the lives there are multilayered, possessing similar and universal concerns, interests, and desires.”

A few months ago, while assembling our Global Anthology, I took a particularly deep dive into contemporary Somalian literature to better understand a country I had little understanding for beyond Black Hawk Down, clan warfare, and al-Shabaab. I began with the novel Crossbones by Nuruddin Farah, arguably the most famous living Somali writer who is often cited as a contender for the Nobel in literature. Set in contemporary Mogadishu and the Somali state of Puntland, Farah’s novel brings into account the lives of two brothers, Malik and Ahl, both among the American-Somali diaspora. While Malik has returned to report on the calamities of war, Ahl has returned to retrieve his stepson, Taxliil, who has joined the Shebab. There are enough atrocities in this book—bombings, murders, human trafficking—to make the reader wonder if Somalia isn’t hell on earth.

“I write about it to keep Somalia alive,” Farah told the Financial Times in 2015 during a period of living in Cape Town. “I live Somalia, I eat it, smell the death of it, the dust, daily…” He tells the Times he blames Mogadishu’s downfall from one of Africa’s most cosmopolitan cities to one of the world’s most war torn on an intensely patriarchal culture. “In a country like Somalia the ruin is caused by men. As a generic male I am part of the problem.”

Curious to follow Farah’s line of thought, I was led to Nadifa Mohamed’s The Orchard of Lost Souls, which centers around the history and experiences of three Somali women—the elderly and tragic Kawser, the orphaned and scrappy Deqo, and the militant Filsan. Set during in the mid 1980s in Mohamed’s birth city of Hargeisa, itself the contended capital of the unrecognized state of Somaliland, the novel examines the outbreak of the civil war that would engulf the country from the lives of people, especially women, who already exist in various states of disillusionment.

“Even if there’s a conflict people are still trying to live as normal lives as they can,” Mohamed said in an interview with African Arguments, “despite the suffering that hits when the war breaks out, they are still pretending as far as they can that their lives are going to be the same as they expected them to be. I don’t feel bound by Somalia…but the stories that have really motivated me are from there. So many things are written about Somalis, but so few things are written by them…it also feels like an opportunity to set the record straight.”

Among the best resources for Somali literature that I discovered is the independent literary journal Warscapes, which seeks to address “a need to move past a void within mainstream culture in the depiction of people and places experiencing staggering violence, and the literature they produce. The magazine is [also] a tool for understanding complex political crises in various regions and serves as an alternative to compromised representations of those issues.”

In Warscapes, I discovered a treasure of literature not only from Somalia, but from many war-torn countries such as South Sudan, that normally receives no cultural exposure. It occurred to me that as I was reading fiction by the Djibouti writer Abdourahman Waberi or the Somaliland-born writer Abdi Latif Ega, or the South Sudanese writer David L. Lukudu that I was viewing a rare sort of literature. A literature of survival that even if largely unread by Western readers, refuses to fall victim to any agent of violence. It was commendable work, if not exhausting to confront so much sadness.

Which is why, when it came time to choose a Somali writer for the anthology, I selected a young writer Abdul Adan, whose story “Old Ibren,” hints at the ennui generations of trauma have caused among Somalis. That the recent bus bomb in Mogadishu was the first major setback in a long time for a country that had otherwise begun to show signs of recovery, that peaceful protest marches against al-Shabaab’s terrorism have been organized in the wake of the bomb, should raise flags to the West that Somalia shouldn’t be reduced to a caricature of a failed state. If the literature of its diaspora is any indication, its writers may be ready to write a new chapter in its history.