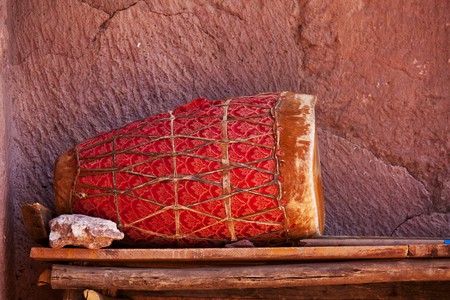 Somalis use the word muusiko to discuss music. Although the word is borrowed from the languages of English, French, and Italian colonialists, it has a slightly different meaning. In indigenous Somali tradition, music and poetry is considered a single creative act (although poetry can be recited without singing). The idea of music as a separate form of performance only came to prominence after colonialism exposed Somalis to foreign forms.

The relationship between music and poetry

Until the 1940s, music assumed a secondary role to poetry in Somali tradition. The poetry would be set to music either as chant (melodic but not rhythmic) or as song (melodic and rhythmic). While there were over 30 genres of poetry, there was no extensive vocabulary for the different types of musical forms. Traditional song and chant forms existed, but they were not connected to particular poems, rather groups of songs and chant forms were associated with particular poetic genres. When a melody from the group was chosen for a poem to be set to, the melody would be adjusted in a to fit the words of the song. For example, a particular poem from the wiglo genre could be set to any number of melodies connected with that genre. Regional variations in the melodies and innovations made by individual performers have increased the reserve of melodies in each group over time.

The fact that poetry is given greater prestige than music in Somali tradition is further evidenced by the fact that most poets are remembered for their poetry rather than the melodies they created. Furthermore, the scarcity of musical instruments in Somali culture further supports this idea. This is especially true in the north of the country, where the male classical genres of gabay, jiifto, and geeraar only permit handclapping as accompaniment. Meanwhile, the less serious and mixed-gender genres linked with Somali dance may sometimes use a drum (often a simple petrol tin) as well as handclapping. A drum is also played by women as an accompaniment for the serious genre buraanmbur, which is recited at festivals and weddings. Southern Somali regions show greater diversity in their use of instruments, however. They play at least four styles of drums (durbaan, yoome, jabbu and nasar), and an assortment of flutes. Other percussive instruments include metal hoe-blades (shagal oo biro) and wooden, hard-carved pairs of clappers (shanbal). A theshareero (a lyre) is also used, as well as buun oo caroog (conch shells) and antelope horns, which are blown rhythmically.

Somali music is pentatonic (a scale that uses five notes for octave, as opposed to the western seven-note heptatonic scale). Pitch frequencies and intervals are not strict or standardized, however. The music functions as an accompaniment to poetry it is generally limited by constraints of the language, making the music fairly predictable. The relationship between words and music can result in polyrhythms (when two or more rhythms are conflict), as the two parallel rhythms of the words and the music are performed simultaneously.

After World War II, Somali music underwent rapid changes. The arrival of radio and the exposure to English, Italian, Arabic and Indian musics invariably meant Somali music could no longer be cut off from foreign musical traditions. Another important development was the establishment of a theatrical company called Walaalo Hargeysa (Brothers of Hargeysa), which introduced a new form of poetry. A small ensemble consisting of a violin, flute, tambourine and drum accompanied the recitations in their theatre productions. The theatre’s music became increasingly popular due to a rising drive towards an independent Somalia, which also resulted in the development of modern Somali music initiated by this theatre music. This new genre of Somali music used an increasing number of foreign musical instruments, and, unlike older Somali music, each poem in the new genre had a specific melody. Somali music became more formalized too. Official government support was given to a new orchestra, formed and trained by an Italian military conductor. 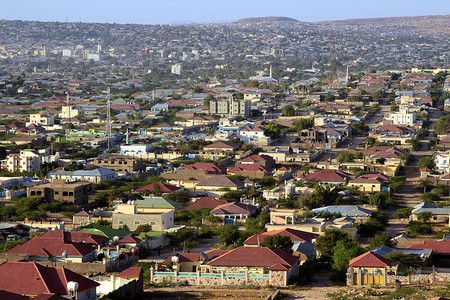 A residential area in Hargeisa, the capital of the northwestern Somaliland region of Somalia | © Retlaw Snellac Photography/Flickr

A unique and threatened tradition

Somali music has a distinctive character, which differentiates it from its neighboring countries. There are over 30 genres of poetry, all of which may be sung. Few of these, however, have been comprehensively analyzed. Due to unrest in the area since the outbreak of civil war in 1991, Somalis have dispersed, with at least a million living in foreign lands and being exposed to their musical traditions. Further research is particularly pressing, especially as certain aspects of the Somali music tradition may already be lost.