What You Should Know About Sierra Leone's Bunce Island 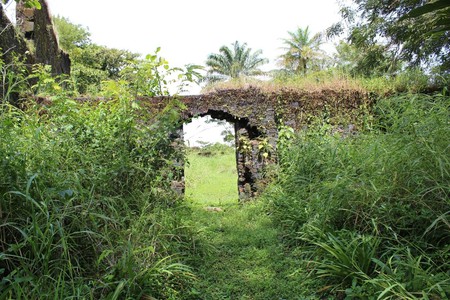 Bunce Island located off the coast of Sierra Leone was one of the largest slave forts along the West African coast. Although having fallen into ruin, it still remains a popular tourist destination. Here’s your ultimate guide.

Arriving on Bunce Island instantly fills visitors with a sense of haunting, as if being transported back in time to 300 years ago. Controlled by the British in the 17th and 18th centuries until it was closed in 1808, the fort now lies in ruin and is engulfed by wild forest. Bunce Island serves as a constant reminder of a truly dark period in Sierra Leone’s history: the transatlantic slave trade.

How to get to Bunce Island

The easiest way to get to Bunce Island is by boat from the Kissy Terminal in the Eastern Part of Freetown, the capital city of Sierra Leone. The boat ride takes approximately 45 minutes along the river from Freetown, passing Tasso Island. It is not advisable to go during the rainy season in Sierra Leone (May to October), as the river can be rough and parts of the island are prone to flooding.

Tour operators such as Visit Sierra Leone and the National Tourist Board of Sierra Leone provide daily rate tours ranging from USD$20 -$60. As there are no facilities for food or drink on the island, the tour operators usually provide refreshment and snacks that are included in the fee. 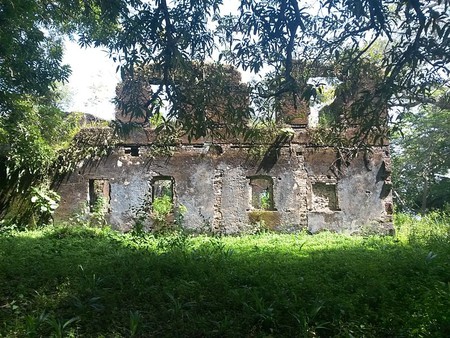 The history of Bunce Island

As you approach the dense forest by boat, you are quickly overcome by the stillness and silence permeating the place. This was the last port for many Africans who were forced to leave their home.

A walk around the island takes you to different holding cells; dark, damp, deep, and covered in thick vegetation snaking around them. Rusty canons emblazoned with the royal crest surround the island. At the opposite end of the island, graves are marked according to race of their inhabitants. The elaborate graves of the British are positioned on one end, and the overgrown graves of African workers lie in ruin on the other.

The crumbling ruins of the castle and the chapel seem to be struggling to remain visible in the jungle. Weather-beaten links of rusted chain lie scattered next to the corroding canons. 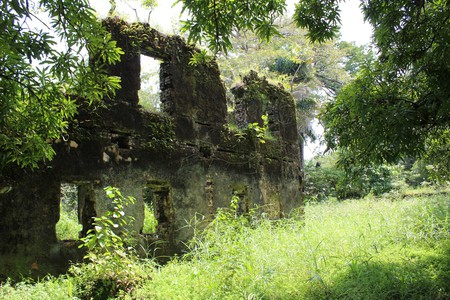 Very little has been done over the years to preserve the slave fort, and sadly, as each year passes, the ruins continue to deteriorate further as they are slowly swallowed by lush vegetation.

A partnership project was signed in December 2017 by the governments of Sierra Leone and the United States. The Bunce Island Preservation project will be implemented by the World Monuments Fund (WMF) and the Monuments and Relics Commission of Sierra Leone, with funding provided by the U.S. Embassy in Sierra Leone. This is a hopeful step towards ensuring that Bunce Island’s significant role within the transatlantic slave trade is preserved and remembered. An online digital reconstruction of the island is also available to better understand plans for the conservation project.