The Best Things to Do in Sierra Leone 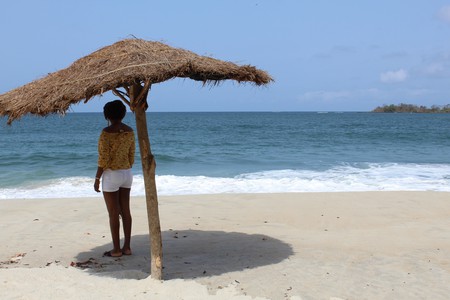 From pristine beaches to an abundance of wildlife and forests, the many charms of Sierra Leone show that this West African country has a lot to offer. Here’s our pick of the best experiences for an unforgettable visit.

Sierra Leone is home to diverse cultures, beautiful landscapes and luscious vegetation. When you visit be sure to immerse yourself fully to get a real taste of the contradictory ease and chaos of the everyday. It’s a unique and beautiful contrast that highlights the multifaceted spirit of Sierra Leoneans.

Rest and recuperate on the beach

Sierra Leone has some of the most beautiful beaches along the coast of West Africa. Pristine and gorgeous, if you’re looking to escape the capital city of Freetown, most of them offer seclusion, solace and quiet. John Obey Beach and Bureh Beach are popular spots for surfers. Number Two Beach is perfect for a cool dip during the dry season. Don’t forget to sample the freshly caught grilled lobster and crabs that are usually sold at beach restaurants. 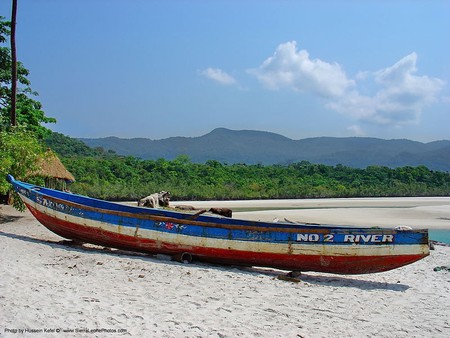 A canoe next to the river flowing through Number Two Beach, Sierra Leone | © Hussein Kefel / WikiCommons

A dominant narrative about Sierra Leone’s name is that it was initially called “Serra Lyoa” by a Portuguese explorer Pedro da Sintra. Sierra Leone’s mountains are indeed striking. Take a hike up Mount Bintumani, the tallest mountain in Sierra Leone, and one of the highest peaks in West Africa. You can also picnic on the Kabala Hills on New Year’s Day – it’s commonly believed that touching one of the rocks will bring good luck for the rest of the year.

Camp out in the wild

Sierra Leone is home to numerous wildlife sanctuaries, including a chimpanzee sanctuary and multiple game reserves. You might see some hippos at Outamba-Kilimi wildlife park or do some bird watching at Mamunto Mayosso wildlife sanctuary. Camping sites are on offer in most locations so you can sleep under the stars, in a tent or a hammock as the sounds of nature sing you to sleep. 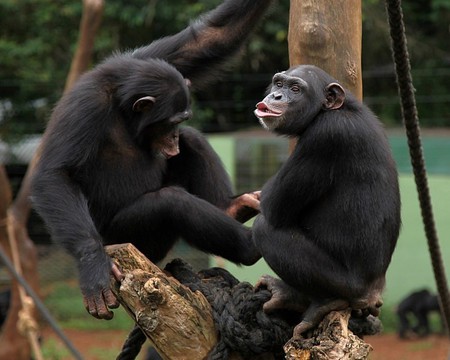 The Krio ethnic group make up approximately 2% of Sierra Leone’s population. They are descendants of freed slaves from the West Indies, the United Kingdom, and liberated African slaves. They created communities along the Western Area peninsular in the 19th century and Krio architecture still exists in most of these communities. Take a tour through some of thes first Krio settlements lead by a village elder and visit old Krio houses and historic churches.

Even though you should sometimes approach street food with some caution, trying local dishes is a must. Usually sold in small shacks at the side of the road, meat-lovers will relish the sizzling grilled goat meat known as “kankankan“, a specialty of the Fula and Hausa butchers. 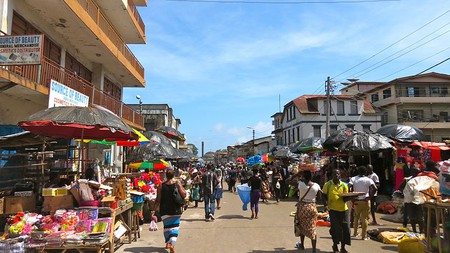 Sierra Leoneans love to party – over Christmas and Easter there are masquerades that showcase the country’s rich culture. Most of these masquerades are associated with spirits, and when they come out to parade during festivals there is always a soiree and fanfare. Many cities in Sierra Leone also have a raging nightlife on the weekends. In the capital city, most of the happening nightclubs are situated along the Lumley Beach promenade. Wherever you are during the weekend, enjoy some cool local beer, as you dance to afrobeat songs until sunrise.

Striped woven cloth known as ‘country cloth’ is beautiful rich textile from Sierra Leone. it’s great for gifts for friends and and family or as souvenir. Other local textiles, such as garra cloth, a tie-dye style unique to Sierra Leone, can also be used to make beautiful interior décor objects. 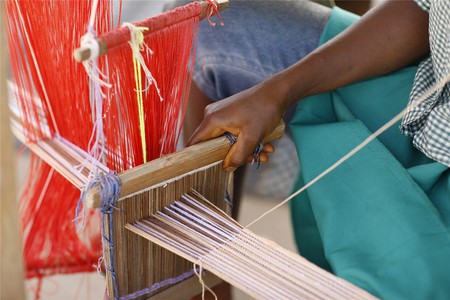 Sierra Leone has nine beautiful islands that remain largely unexplored, rich in vegetation, and some even preserved in time. Some of these islands such as Tiwai are wildlife sanctuaries, and one of them is a long abandoned a slave fort, but others are inhabited by villagers who can offer guided tours in exchange for a donation to their community. 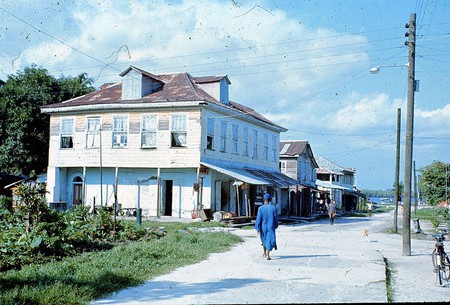 Medina Street on Sherbro Island, off the coast of mainland Sierra Leone | © berniedodge / WikiCommons
Give us feedback