Seychelles Is A Paradise For Coconut Lovers 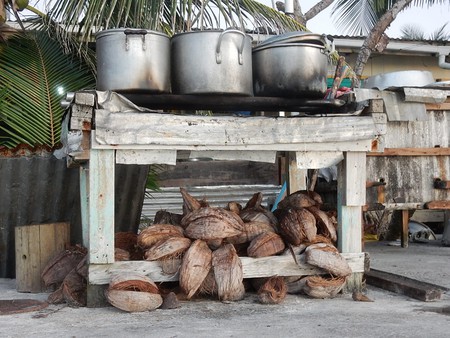 Look up into the palm trees here and you will probably see one of three types of coconut grown here in Seychelles. But while you’re here, you’re only likely to get to eat two of them, legally anyway. Read on to discover more.

The green coconuts you see in the trees are the ‘ordinary’ coconuts. Your regular coconut comes in useful for all kinds of food and drinks here; the milk is very often used in cooking and the majority of Seychellois curries will have coconut in them. You’ll also find coconut milk in the creamy cocktails at hotel bars all over Seychelles.

Coconut tarts here are are so delicious too, an absolute must for any coconut lover. Pick up a slice at any bakery, but be warned, they are far from fat free! Try Jenny’s bakery on Praslin, as she does the best coconut tart on the island.

It’s not just the coconut you can eat though, you can also eat the heart of the palm tree. The ‘palm heart’ is a delicacy for locals and tourists alike. And if you’re feeling adventurous, palm wine is made from the sap from the trunk of the tree. 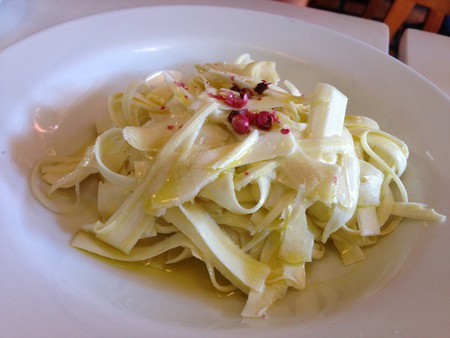 The orange coconuts you see everywhere are known locally as Coco Rouge – despite being very definitely orange! They are a little bigger than your typical coconut, and the water inside is just divine. You’ll likely be offered them on the beach, if not you’ll certainly see them at fruit stalls dotted around the islands. You’ll probably overpay a little this way, but unless you fancy hacking them open yourself – not an easy task – it’s the easiest way to get hold of one. There’s very often fruit stalls at Beau Vallon on Mahe and Anse Volbert on Praslin, and you’ll also find Coco Rouge at some of the hotel bars. 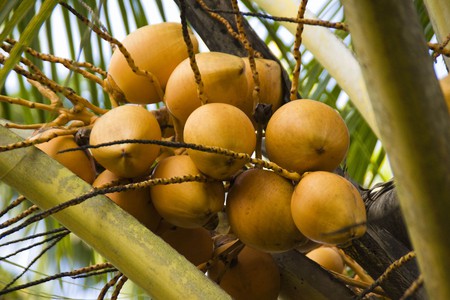 This is the coconut that people travel thousands of miles to see. Unfortunately, its very unlikely you’re going to get to taste it!

Listed as endangered by the International Union for the Conservation of Nature (IUCN), today it is only found naturally on Praslin and Curieuse island. If you are on Mahe they have some planted at the botanical gardens.

It is technically illegal to eat coco de mer in the Seychelles. Only 2 people on Praslin have permits granted by the Ministry of Environment to be able to export the kernel (the inner edible part). It must be exported dried. The vast majority of the export goes to China, where it is considered an aphrodisiac. It is also used in traditional Chinese medicine. The exporting of coco de mer kernels is heavily regulated, and only 2 people on Praslin have licences to be allowed to do so.

While it is illegal to eat the Coco de Mer, if you are lucky enough to have one on your property you can indeed eat it yourself. If you’re feeling generous, you can give it away, but you are not allowed to sell it. When eaten locally, the Coco de Mer is eaten within the first two years, when the fruit has not yet matured and the kernel inside is gelatinous. It takes six to seven years for the fruit to mature. So there are many Seychellois who have not tried Coco De Mer because of this. 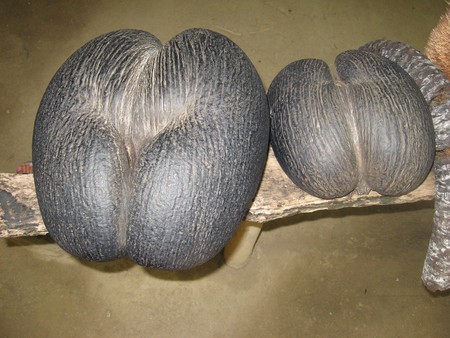