Most Beautiful Places to Go Diving in the Seychelles 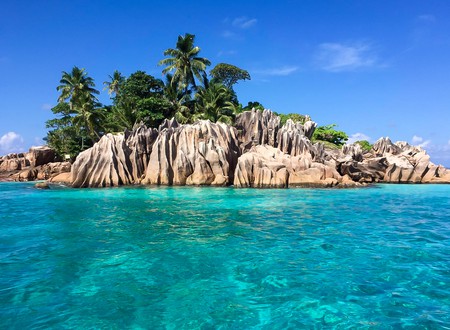 If you are a diver, you may have removed Seychelles as a bucket list dive destination due to the severe coral bleaching as a result of El Niño. You might want to re-think that decision as there is some world-class diving to be done. Here are some of the most beautiful dive sites in the Seychelles.

The best times to dive in Seychelles are typically April to May and October to November. This is when generally when you will find the calmest seas and winds. You’ll also get the best visibility on your dives at these times, with up to 30-metre visibility at many sites.

Most dive sites on Mahé are most easily located from Beau Vallon. There are two dive schools located there, Blue Sea Divers and Big Blue Divers – a PADI five-star resort.

This is a tiny but very picturesque site with a maximum depth of 28 metres. L’ilot is so small that you will be able to swim round the whole island in just one dive. Despite its size, there is a lot of life to see here. For example, you’ll often see turtles in the shallows. Also, this is the spot to see whale sharks, an ultimate sighting for any keen diver. There are also various swim-throughs and archways formed from the large granite rocks. 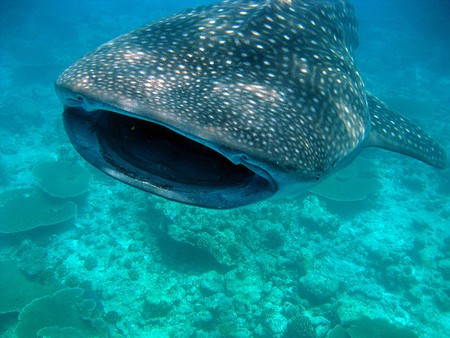 There are four wreck dives to experience off Mahé. The most famous is the Ennerdale. There is also Twin Barges, the Dredger and the Aldebaran, all of which were sunk deliberately for diving purposes. All four make fantastic dive sites. The Aldebaran is considered to be the most beautiful due to it being fully intact. All of the wrecks also boast fantastic marine life. The dive schools will advise when they are planning on visiting the different wrecks, although of course, this can change depending on the conditions on the day. The three deliberately sunk wrecks are all within a 15-minute boat trip from Beau Vallon. Also worth noting: with a maximum depth of 40 metres, the Aldebaran wreck can only be visited by advanced divers.

Another tiny dive site, Brissare Rocks is teeming with life. There are lots of rays to see here and be sure to look out for turtles and nurse sharks too. Brissare Rocks is a must-see. It’s an isolated spot so watch for strong currents. There is also a lot of fire coral here. While beautiful, this coral requires you to be extra careful not to touch it as it can sting. 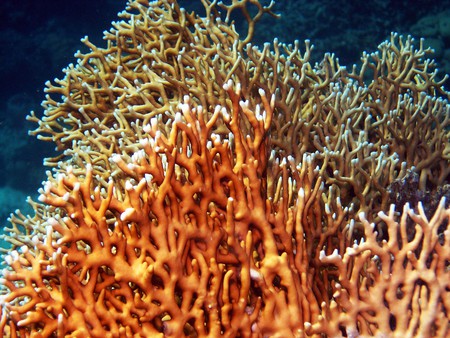 Most of the dive sites from Praslin are easily reached from Anse Volbert. There are two dive schools based there. These are White Tip Divers and Octopus Diver – a PADI five-star resort.

If you’re learning to dive this is the spot where you are most likely to be taken. Just a couple of minutes by boat from either Octopus or White Tip dive schools by boat, it’s really easy to get to. With a maximum depth of 10 metres, it is perfect for beginners. However, this spot is beautiful for any experience level. Turtles frequent here and there are nearly always reef sharks to be seen.

South Marianne Island is an advanced dive site, with a maximum depth of around 25 metres and often strong currents. This is, without doubt, the most beautiful dive from Praslin. This site is notorious for people seeing a lot of sharks. The underwater topography is stunning, with pinnacles to swim through and huge rock formations throughout the dive. 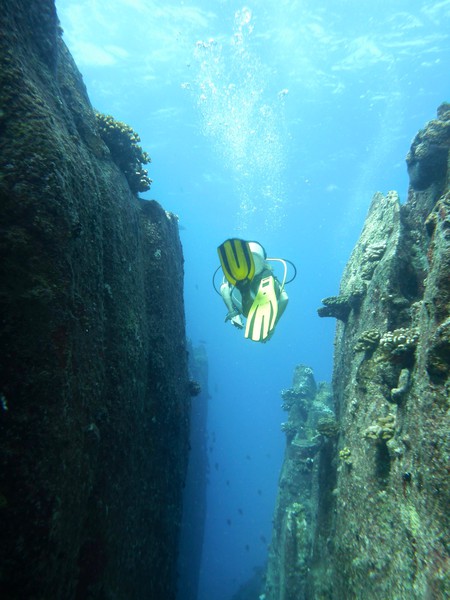 It would be wrong to do a list of dive sites in Seychelles without mentioning Aldabra, which is a UNESCO World Heritage Site and a protected nature reserve. It is the largest raised coral reef in the world and Sir David Attenborough described it as “one of the wonders of the world”. Having been largely untouched by man due to its remoteness, this site has an almost unparalleled amount of marine life. Dugongs are starting to make a return to the area after a long absence. Endangered green turtles and critically endangered Hawksbill turtles have breeding populations at Aldabra. There is also fish counts of approximately 3000 per 100 square meters. So, to say there will be plenty to see is an understatement. To dive at Aldabra, your trip must be approved by the Seychelles Islands Foundation. There is no tourist accommodation on Aldabra and so live-aboard dive boats are the easiest way to organise a dive there. Try Silhouette Cruises for your visit. 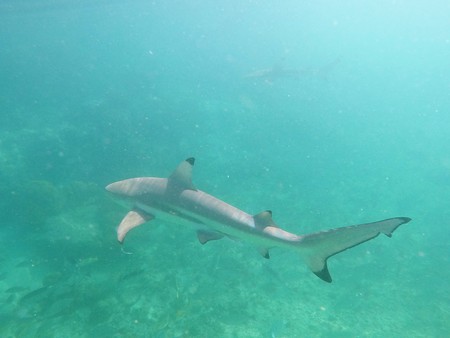 Black Tip Sharks at the Aldabra Atoll. | ©Paulette Cappell
Give us feedback