Ghosts That Are Still Haunting Seychelles 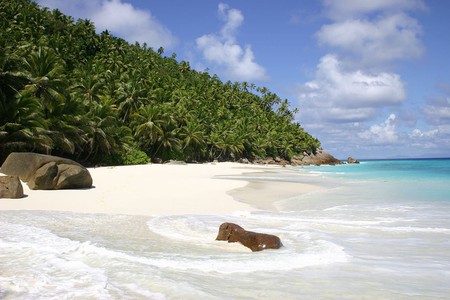 With a history of piracy, slavery, and revolution, it’s no surprise that ghost stories surround Seychelles. Though there isn’t a whole lot of these stories written down—Seychelles is 90 percent Catholic and talk of ghosts and spirits is not done (in polite company, at least)—here are the stories of the ghosts that haunt the Seychelles.

History of ghosts in Seychelles

Seychelles is a country that is proud of being (almost) entirely Catholic. Religion is something that is taken very seriously—on the surface at least—but scratch a little under the surface and see there’s a little more going on.

Ghost stories, while rather un-Catholic, are definitely out there and are somewhat of a guilty pleasure. There is also a lot of superstitions in Seychelles, dating back to African and Malagasy slaves coming to the islands with the French when they first inhabited the islands. This goes hand in hand with Gris Gris, the ‘black magic’ of Africa. Its popularity rose so much that in 1958, the government banned sorcery of any kind.

Seychellois are definitely still superstitious. There’s a tradition of watching over bodies of dead family members to help make sure their soul does not become a zombie—in Creole a ‘Dandotia’

Seychellois are still very wary of ghosts and bad luck. People in all walks of life still have Bonom di bwa—a man of the woods to come and bless their home to help keep spirits at bay.

While the overwhelming majority of people are Catholic, there are no official exorcisms carried out by the Church. There is a guy on Mahé Island who does his own ‘exorcisms’.

There is a small Muslim population in Seychelles that account for about 1 percent of the country’s population, there is a centre where the Islamic exorcism, Ruqya, is performed.

The ghosts of Silhouette Island

Perhaps the island with the most history of ghosts is Silhouette Island. Owned by the Dauban family from the mid 19th century until 1960, they developed the island into one of the most successful coconut plantations for producing Copra. They also produced vanilla.

Many members of the family are buried in the Mausoleum built in the style of La Madeleine in Paris that is located on the island. This is supposedly haunted by various members of the Dauban family.

The Grann Kaz Plantation House (now a restaurant in the Hilton Labriz Resort) is also said to be haunted.

The ghost of the first daughter in the Dauban family who died at two and a half years old can supposedly be heard jumping on the bed and playing with toys.

Her mother is also said to be seen wandering the family home and surrounding area. She’s referred to by those who have seen her ghost as the ‘white lady’.

The Grann Kaz—old plantation house, supposedly haunted by the ghost of a little girl and her mother | Courtesy of Seychelles News Agency

The ghost of Fregate Island

There is a story about an unknown ‘headless woman’ who supposedly haunts the shores of Fregate Island. She is seen at night and is said to take refuge in a cave. Her ghost isn’t one people fear though, as she is said to keep the shores of the island safe.

There are also tales that this headless ghost protects treasure that was once buried there by pirates. There is a wall on Anse Parc that is more than 300 years old. Since this is older than the island’s oldest official inhabitants, this supports the theory that pirates once used the island as a base.

The private island resort has rather fantastically made use of these stories and has treasure hunts as part of their kids’ clubs.

The ghosts of Moyenne Island

There are a couple of stories of ghosts on Moyenne Island.

The first is that the ghost of Mary Best, an eccentric British woman who owned the island in 1910.

The second and perhaps more interesting story involves the pirates who supposedly buried treasure on the island and killed two of their men so their ghosts would protect the treasure forever. Though this is a known pirate practice, no other sign of treasure has ever been found.

There are two gravestones marked ‘unhappily unknown’ on the island, and this is where these two pirates are said to be buried.

Moyenne was owned by a British man, Brendan Grimshaw, who bought it in 1962 and lived on the island until his death in 2012. He apparently first believed in the ghosts on the island when he heard a voice one night. The ghost’s voice told him to go to Coral Cave on the island at 4 pm and that a turtle would come out and lay her eggs. When he went there at the appointed time, turtle came out at exactly that time.

Grimshaw also told tales of banging noises on his windows and doors, his bed shaking in the night and the sound of footsteps between the cemetery and his house.