A Guide to Praslin, the Seychelles' Second-Biggest Island 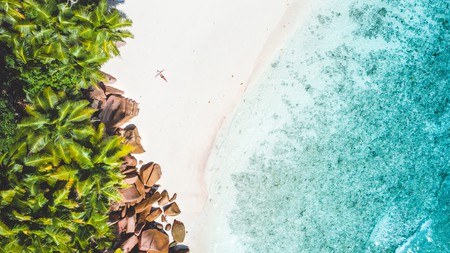 Praslin, the Seychelles’ second-biggest island, was once a hideaway for pirates and seafaring traders. But today the picturesque island nation is famed for having some of the world’s most beautiful beaches and the largest seed in the world – the rare and endemic coco de mer – a natural icon of the island. 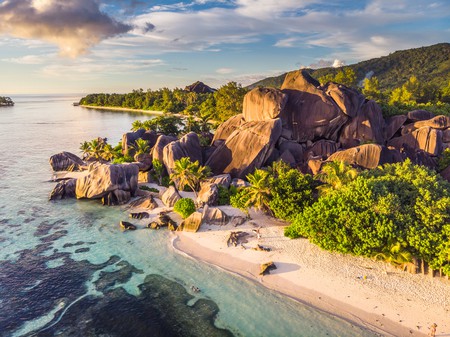 Praslin – pronounced with a silent ‘s’, in French – is the second biggest of the Seychelles’ three inner granitic islands, after Mahé, which is a mere 15-minute flight or hour-long Cat Cocos ferry ride away. It was named Iles des Palmes, meaning island of palms, by 18th-century French explorer Lazare Picault after the large palm forests that blanket the island. To this day, Praslin remains synonymous with the Vallée de Mai Nature Reserve, home to the world’s largest and heaviest seed, which can weigh up to 25kg (55lb), and sells for an average of around £400 depending on size. 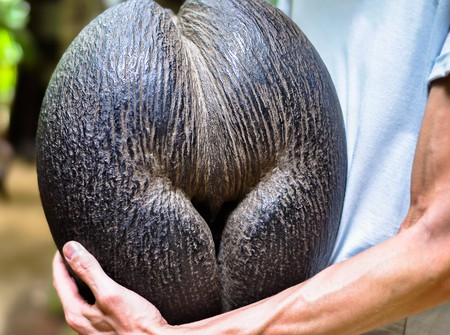 The Seychellois call the rare coco de mer (coconut of the sea) the love nut for its double-lobed shape that resembles a woman’s lower body. And as you wander around the Unesco-designated nature reserve along its three easy walking routes that vary between one and two kilometres (0.6mi-1.2mi), keep an eye out for the Seychelles’ national bird: the black parrot. Just like the coco de mer, this dark brown collared bird is endemic to this archipelago.

The 122ha (300 acre) Fond Ferdinand Nature Reserve on the northwest side of Praslin is less busy, much cheaper – about a quarter of the price, which includes the services of a park guide – and six times larger than its more popular counterpart. The two- to three-hour walking trail to the lookout point takes you past the double-lobed coconut you’ve come all this way to see. But it also offers spectacular views of powdery white beaches contrasted with cobalt blue waters and luscious indigenous forests. Curieuse, Sister, Coco, Round, Felicité and La Digue islands all float in one direction; while Frégate, Mahé and Silhouette run in the warm waters of the Indian Ocean in the other direction.

Visit the small island of Curieuse 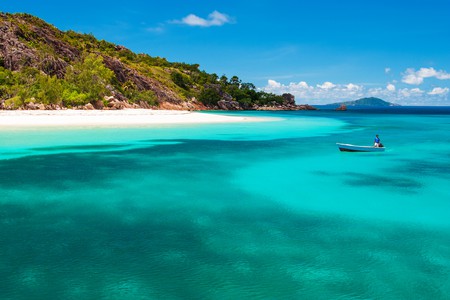 Next, take a short ferry ride between bobbing yachts to the tiny red-coloured island of Curieuse, which makes up part of the Curieuse Marine National Park, just off the northern coastline. Despite being shorter than 3km (2mi), Curieuse is an important nesting site for the island’s free-roaming Aldabra giant tortoises, which can weigh up to 40kg (88lb) and measure 1.3m (4.3ft) in length. Walk the 1.5km (0.9mi) boardwalk trail between Baie Laraie and Anse St. José and you will get a closer look at this marine ecosystem, and as you continue through the thick mangrove forest, you’ll see crabs scuttling for cover and tropical fish navigating the root networks. 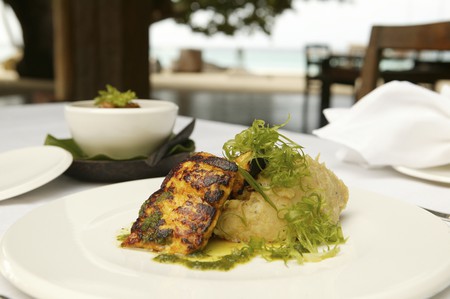 A Creole-infused seafood feast beckons you back to Praslin, where La Pirogue Restaurant and Bar serves up a multitude of traditional meals that are influenced by the archipelago’s background. You’ll find a mixture of cultural influences from Arab traders and French seafarers to Portuguese explorers to Tamil and Chinese merchants, and the British. 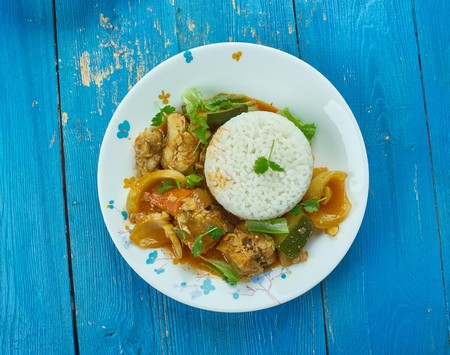 Any traditional Seychellois menu offers the chance to indulge in an array of flavours and spices. From the lemon-and-turmeric shark chutney (satiti requin) to the coconut milk-infused seafood curry, dhal, saffron rice and palm heart salad (salad palmis) served with ladob – served hot or cold, this dessert is made of breadfruit cooked in coconut milk, vanilla and nutmeg to create a creamy pudding. 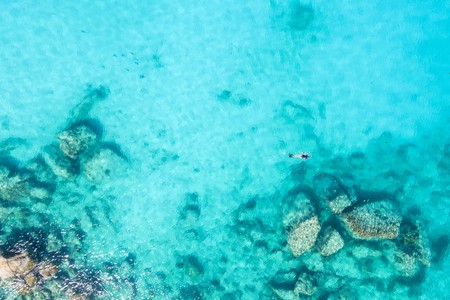 Once satiated, it’s off to sunbathe and snorkel in the warm aquamarine waters of Anse Lazio Beach, known for its stunning postcard views. This crescent-shaped narrow stretch of beach – sprinkled with granite boulders on either side and lined with palm trees and indigenous vegetation – has been voted one of the world’s ten most beautiful beaches. 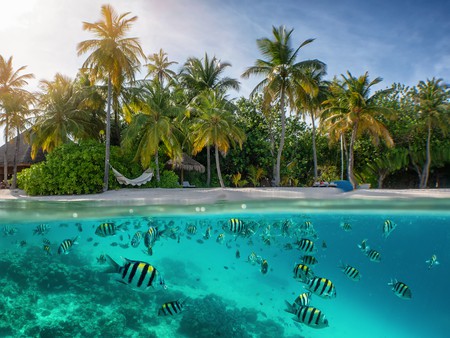 We won’t blame you if you choose to extend your stay at Praslin for another day – or two – after visiting the beautiful island, in which case you should take a day-long, island-hopping excursion on board a catamaran to the nearby islands of Coco, Sister and Felicité to get a different taste of island life.