Why Saly Is the Riviera of Senegal 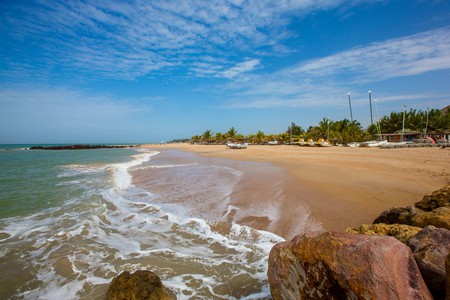 View of the beach at Lamantin Beach Resort and Spa, Saly | © The Gambia Experience

Despite being 3,000 miles from its Mediterranean namesakes, Saly is often referred to as Senegal’s ‘Riviera’. With five-star hotels, luxury spas and impeccable restaurants nestled along Saly’s infamously beautiful coast, it’s not hard to see why.

‘Riviera’ may translate as ‘coastline’, but the word evokes so much more. Whether depicting Southern France or Northern Italy, the ‘Riviera’ is synonymous with natural beauty and chic resorts. Exquisite five-star hotels rubbing shoulders with yacht-filled marinas. Turquoise seas lapping up to manicured beaches. A life of white tablecloths, divine spas and pristine golf courses. Luxury and cost in equal measure.

But, what if you could have the ‘Riviera’ experience on a budget? An African Riviera where art and craft stalls neighbour jet ski rentals. Where sailing boats share the waters with fishing boats. Where five-star indulgence comes at a two-star price. Welcome to Saly in Senegal. 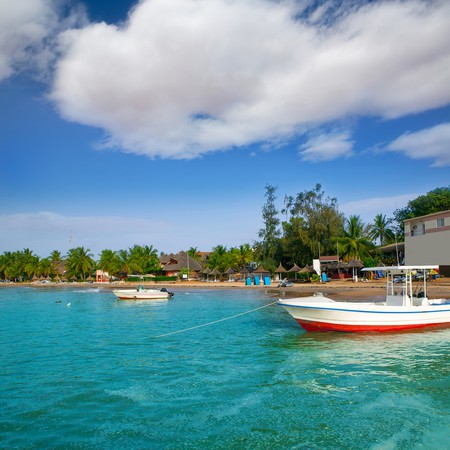 Saly’s transformation is nothing short of remarkable. In the space of four decades, Saly has grown from a handful of hamlets to the top tourist destination in West Africa, welcoming over one million visitors each year.

Originally the site of a Portuguese trading post in the 16th century, Saly’s makeover as a luxurious seaside resort would begin 400 years later; yet again in response to European demand. With an increasing number of French and Belgian tourists flocking to Senegal’s sunny climes during the European winter, Saly was created in 1984 and has never looked back.

Not only was Saly less than 50 miles from Dakar – providing an easy transfer from the airport (now even easier with the new airport less than 20 miles away) – but Saly was located in the middle of the pure, unadulterated golden coastline of the Petite Côte. With Saly as a base, tourists could easily explore some of the country’s cultural treasures, such as Ile Gorée or the shell island of Joal-Fadiouth, while also having easy access to all nearby beaches, lagoons and nature reserves.

However, more than anything, Saly’s location was chosen for what was there. Saly is known for having one of the best beaches in the country: an arching golden bow that caresses a calm bay of aquamarine ocean. It remains one of Saly’s biggest draws, despite now being surrounded by a plethora of riches. 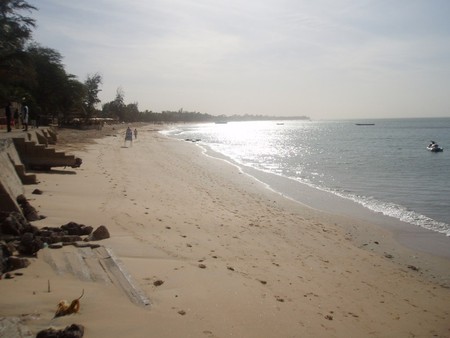 From humble beginnings, Saly is a now a commune of around 20,000 people and six distinct districts, ranging from the fishing village of Saly Portudal (the site of the former settlement) to the opulence of Saly Nord. Fancy hotels, swanky restaurants and private villas kiss the back of the curving coast. Patisseries and cafés line the streets during the day; bars and clubs take up the night shift. The clear waters offer up activities from jet skiing and windsurfing to sport fishing and sailing. Horse rides and helicopter rides can be arranged in the surrounding area, while Saly also boasts an 18-hole golf course of international standards, as well as a croupier-style casino. Luxurious fun in a heavenly setting: it’s what the ‘Riviera’ is known for.

Saly has its own character

Yet comparing Saly to part of the Mediterranean coast is to miss the point. Saly is inherently African. The hotels are not eyesores in the skyline, nor do they charge eye-watering rates. The beach is uncrowded during high season (November–April) and the sense of exclusivity is avoided. Yes, the western influences are more noticeable than in other parts of the country, but Saly’s glitz and glamour is still very African: less super-yachts dawdling in a harbour and more hand-painted pirogues heading out into the sunset. 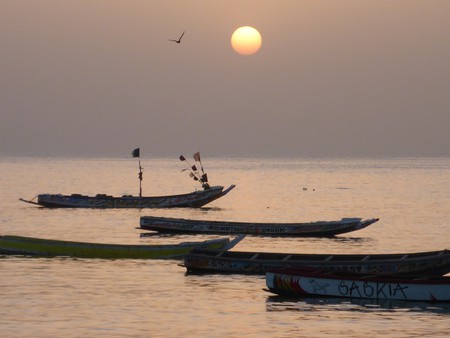 Pirogues in Saly bay | © Tjabeljan / Flickr
Give us feedback