What’s the Best Way to Promote Senegalese Art? Give the Artists a Village 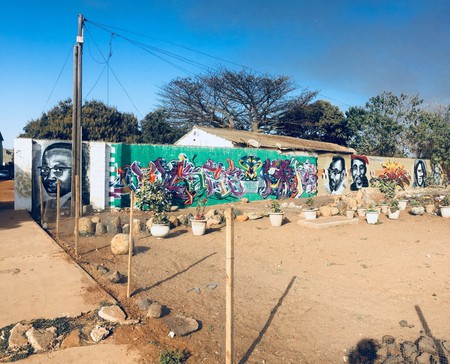 In the north of Dakar, Senegal’s coastal capital and the westernmost city of Africa, lies an idyll at odds with its chaotic surroundings. Sitting between a shopping mall, a 60,000-capacity stadium and one of the city’s main arterial roads, an unassuming four-hectare compound is distinguished only by the graffiti adorning its outer walls—the only hint of what lies within.

Le Village des Arts is exactly what it sounds like, but nothing like you’d expect. Donated by the Ministry of Culture in 1998, this previously abandoned complex has been a safe space for artists to channel their creativity for the past 20 years. Linear rows of barracks-style lodgings were reborn as workshops and cobbled, dust-strewn streets moonlighted as showcases. The Village became known as ‘a window display of Senegalese culture’. 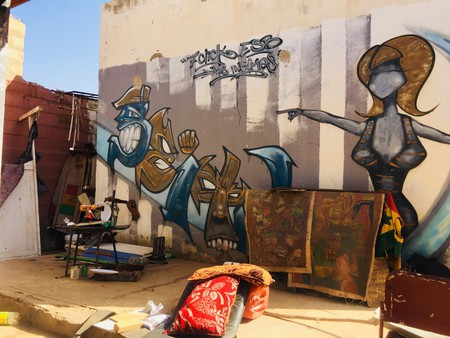 Today, it hosts 52 local residents from across the creative arts spectrum. Some carve figurines out of reclaimed driftwood, others make stencils for t-shirts. Sculptors mingle with painters; metal workers and ceramicists share tools. 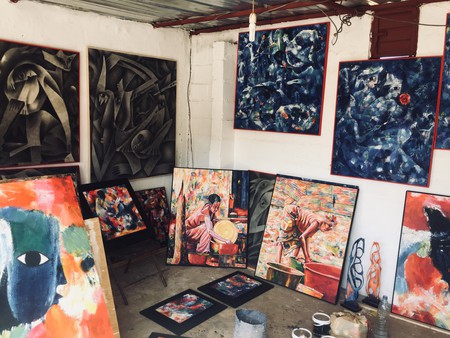 Their techniques are just as varied. Louis Ekétoubo Bassène, a graphic painter and village resident, uses shell-scattered rugs as canvasses, while his acrylic abstracts dry out in the searing sun. Ateliers resemble both manicured galleries and haphazard studios, with paintbrushes, pots and textbooks sprinkled over the floor. Some artists listen to smooth jazz as they work, others prefer the arthritic wheezing of the trees. 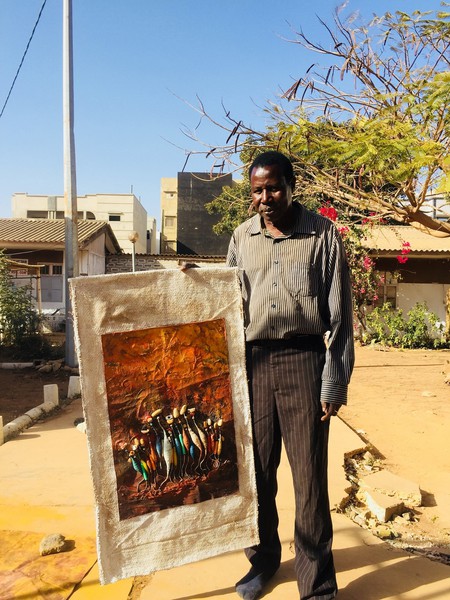 With so much creative expression, it is sometimes easy to forget that the Village is also a home. Cats play between the lodges, clothes hang on makeshift washing lines and there is even a library and a restaurant-bar. A 300 square-metre (3,230 square-foot)sand-floored gallery with ever-changing exhibitions stands in place of a town hall at the compound’s centre. 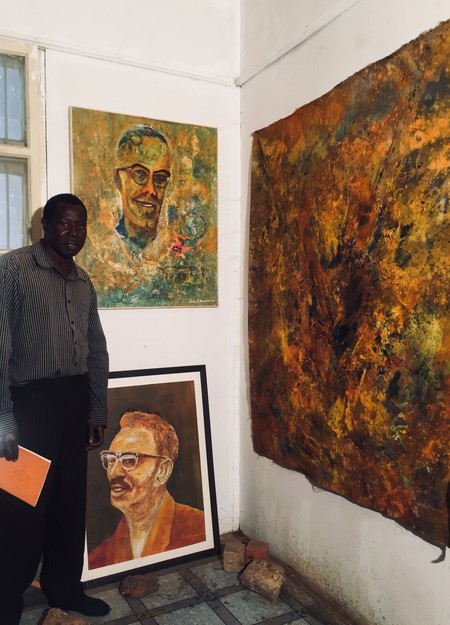 The Village is open to artists from every corner of the globe, but the vast majority of residents hail from Senegal and other West African countries. From their methods and raw materials to their subject matter and message, their works endlessly reincarnate the heritage and treasures of the continent. 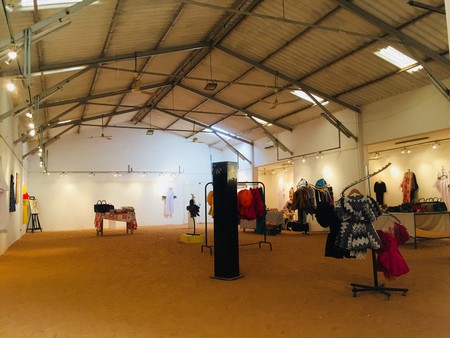 Some Village residents are internationally known, such as El Hadji Sy, while others are not even locally recognized. Ousmane, a local artist who specialises in batik, says that ‘the best thing about being a resident is being around international artists who not only inspire you but help draw big crowds’. 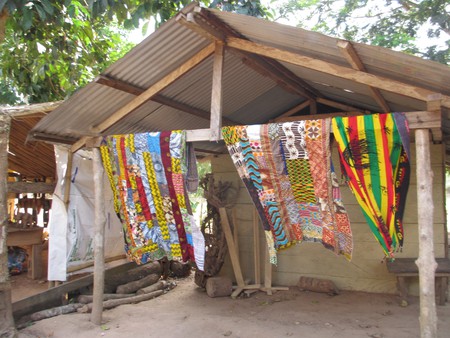 Artists have to apply to take up residency at the Village and many are drawn by the sense of community, the chance to learn from like-minded souls and to unlock their true potential. The other draw is publicity. The Village is open to visitors between 8 am and 8 pm every day of the year and most artists are generous with their time, offering up a chair and some attaya (very sweet mint tea) as they discuss their work. 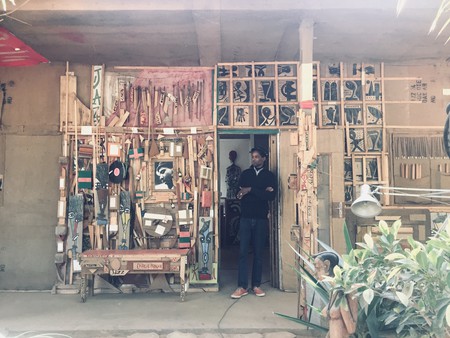 Jazz-inspired artist stands outside his workshop and gallery | © Beetle Holloway

Every two years, Africa’s longest-running large-scale art event, the Dakar Biennial (Dak’Art), takes place across the city. The 2018 event will run from May 3 to June 2; during this month, the Village will welcome approximately 200 daily visitors, including international buyers and critics.

Meanwhile, in the central gallery, the director of the Biennial curates an exhibition from the selection of Village works. Each resident, no matter how established, has an equal chance at being included. 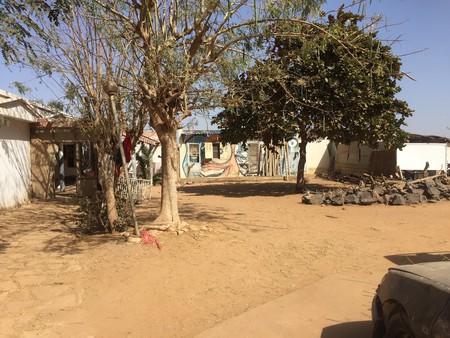 The Village des Arts is a unique slice of Dakar: a sanctuary, a workshop and a gallery where camaraderie and creativity abound. Unlike the many hectic markets of the city, there is no sense of mass-production there, no obligation to buy something and no vendor hassling you. In fact, the only thing that grabs you is the art.