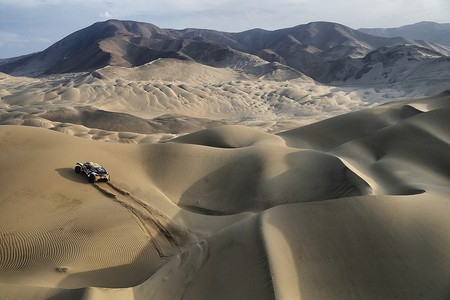 Stephane Peterhansel in Peru during the Dakar 2018 | © Andre Lavadinho / @World

The Dakar Rally is known as the ‘world’s toughest motor race’. A gruelling off-road endurance contest where finishing is an achievement in itself, the Dakar Rally has grown from humble origins to being a highlight on the world motorsports calendar. Here’s everything you need to know. 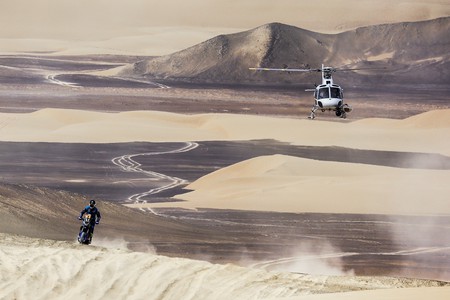 How the Dakar Rally started

Some of the world’s greatest inventions were discovered by mistake – penicillin, post-it notes and potato chips are famous examples – but the Dakar Rally can also claim membership of the accidental-discovery club. During the Abidjan-Nice Rally of 1977, French rally driver Thierry Sabine got lost in the Tenere Desert, south of the Sahara. As he tackled mountainous sand dunes and moon-like terrain, he had an epiphany: these treacherous conditions would make the ultimate off-road challenge. 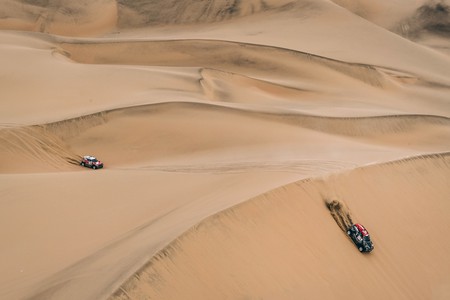 Sabine devised a 10,000km (6,214 mile) route from Paris to Dakar, via Algeria and Niger. In December 1979, 182 vehicles braved it for the very first time; only 74 finished. Used in the first 13 years of the Rally, the Paris-Dakar route took around two weeks to complete, but in 1992 the route was altered with Cape Town chosen as the final destination. Every year since, the route has changed, with 1995 starting in Spain and 2000 finishing below the Giza Pyramids. Despite the constant tinkering, one city remained virtually omnipresent, featuring in 26 of the first 28 contests: Dakar. 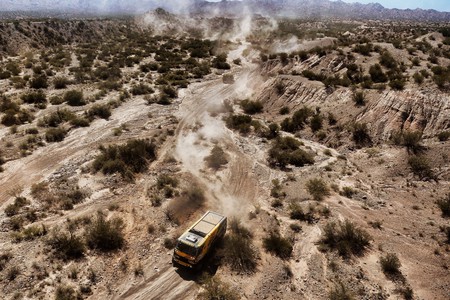 In 2008, four French citizens and three Mauritanian soldiers were murdered in the build-up to the Rally, with Al Qaeda suspected of specifically targeting the race. The Rally organisers, Amaury Sport Organisation (ASO), cancelled the Rally last minute over security concerns. Four weeks later, a terrorist attack took place in the Mauritanian capital of Nouakchott.

Chile and Argentina offered themselves up as replacement routes and the ASO took the offer, relocating to South America in 2009. Over the last decade the Dakar Rally has been held across the continent, with the 2019 version being held exclusively in Peru. 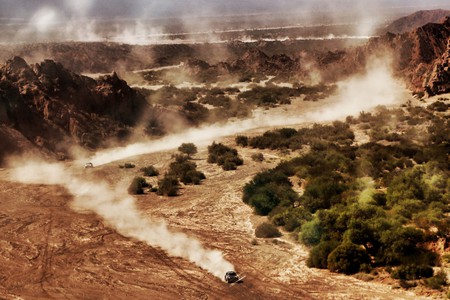 Who takes part in the Dakar Rally?

Traditionally split into three main categories – bikes, cars and trucks – the Rally has since widened its roster to include quads (2009) and ultra-terrain vehicles (2017), but the machines only make up one half of the cocktail.

In 1979, 80% of the competitors were amateurs, providing the Dakar Rally with instant appeal: ordinary adventurers undertaking an extraordinary adventure. The event has gradually professionalised, but that hasn’t dissuaded some well-known amateurs from giving it a go, including former Chelsea and Tottenham Manager André Villas-Boas, French singer Johnny Hallyday and former Prime Minister, Margaret Thatcher’s son, Mark Thatcher, who in 1982 got lost for six days in the Sahara Desert. 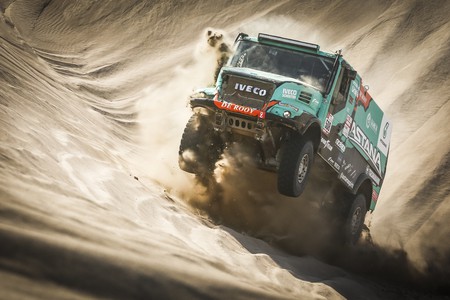 Sebastian Loeb is considered the greatest rally driver of all-time, having won nine consecutive World Rally Championships (WRC) between 2004-2012. However, Loeb has never won the Dakar Rally after three attempts, failing to finish in 2018.

Unique tests call for unique expertise, and some manufacturers and competitors have flourished in this specialised contest. Russian truck manufacturer, Kamaz, has won 13 times in the last 16 years. Motorbike constructer KTM hasn’t tasted defeat since 2000, with two drivers, Marc Coma and Cyril Despres, sharing every win between 2005 and 2015. Yet, they all stand in the shade of ‘Mr Dakar’: Frenchman Stephane Peterhansel who has won the Dakar Rally a record 13 times, six times on two wheels, seven times on four.

Stephane Peterhansel in Peru during the Dakar 2018 | © Andre Lavadinho / @World

Why it’s so tough: the conditions

Nani Roma, who won the 2004 Dakar Rally motorbike category, has called the race “the most physically and mentally challenging rally in the world”: temperatures peaking at 50°C (122°F) during the day and freezing at night, unforgiving and deceptive terrain, concealed cliffs and craggy mountains. According to the 2009 winner of the cars category, Giniel de Villiers, drivers are used to “surfing” multi-storey sand dunes; the real issue is the perennial dust as “the risks are too big to drive blind”. 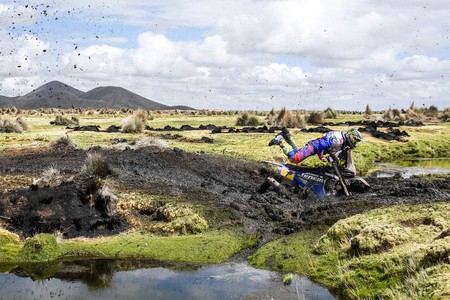 The elements are only one side of the battle; the other is with your own body. With stage distances up to 500 miles (805km) long, competitors are often in their vehicles for 10 hours a day. They are battered by storms, piercing altitudes and soaring heat impede their vision, strangling their breath and dehydrating their bodies. They even have to wear custom nappies, as they cannot stop between stages.

With the myriad of potential pitfalls, from camels and buried ditches, to thieves and jagged rocks, one momentary lapse of concentration can end your race and possibly your life (70 people have died in relation to the race in four decades, including 28 competitors). 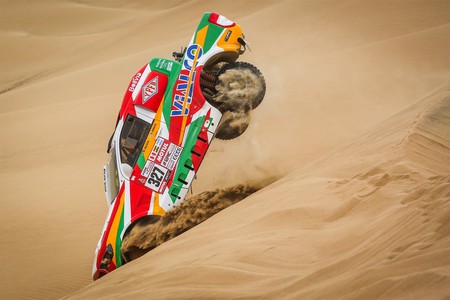 Marco Bulacia in action during the Dakar 2018 | © ASO / Andre LAVADINHO

The Dakar Rally is Mad Max minus the guns. The pinnacle of off-road endurance in motorsport, it has spawned an international series of similar rally raids, such as the Merzouga Rally in Morocco. It attracts over 500 competitors from more than a quarter of the world’s nations. It’s a global phenomenon, based in South America with its heart in Dakar. 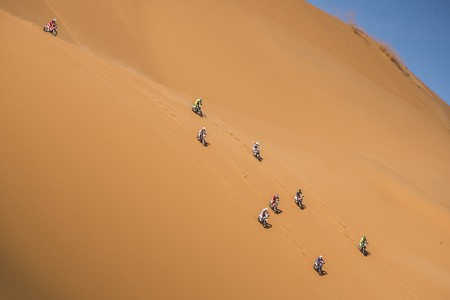