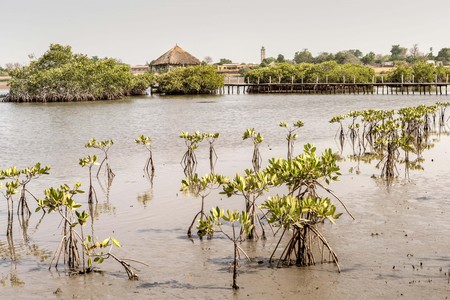 UNESCO World Heritage status is synonymous with natural wonders and impressive human feats, and Senegal’s seven sites are no exception. From island-cities and labyrinthine deltas to vast bird sanctuaries and mysterious stone circles, here’s your need-to-know guide to the sites that showcase the nation’s incredible diversity and remarkable beauty. 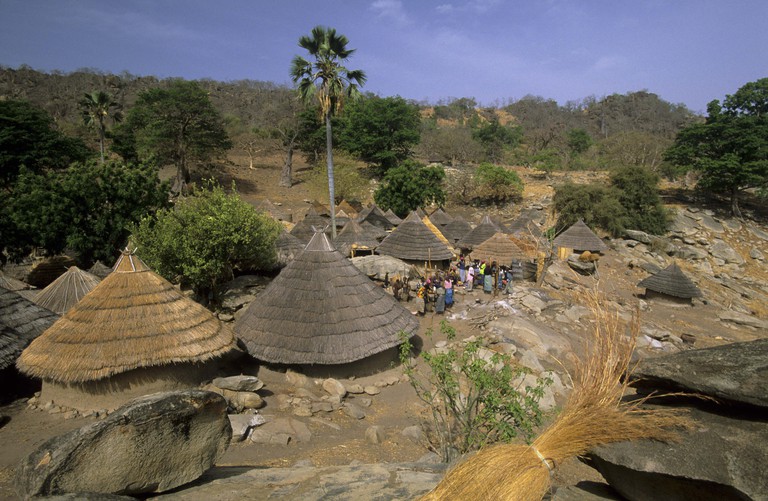 Bassari country is a window display of human endeavour and stunning scenery. Encompassing 50,000 hectares of Senegal’s south-east, the site is split into three distinct areas: Bassari-Salémata, Bedik-Bandafassi and Fula-Dindéfello. Between the 11th and 19th centuries, the three tribes (Bassari, Bedik and Fula) settled among the craggy hills, caves and floodplains, developing specific cultural practices that reflected their unique environment. Agricultural patterns include communal sowing, crop rotation and hill-to-savanna commuting, while rituals would involve Chameleon deities, ancient animist beliefs and an assimilation of the surrounding land. Bassari country is not the easiest to get to, but it’s not impossible. Renting a 4×4 and a driver is the most reliable method to get there, but the ubiquitous sept-places (converted station wagons that roam the country as taxis) also make their way to Kedougou from most cities. From here, you can easily find guides and information for exploring the surrounding villages, such as Ethiolo, Bandafassi and Iwol, with most of them require a vehicle to access. It’s best to go between December and April to avoid the rains and extreme heat. 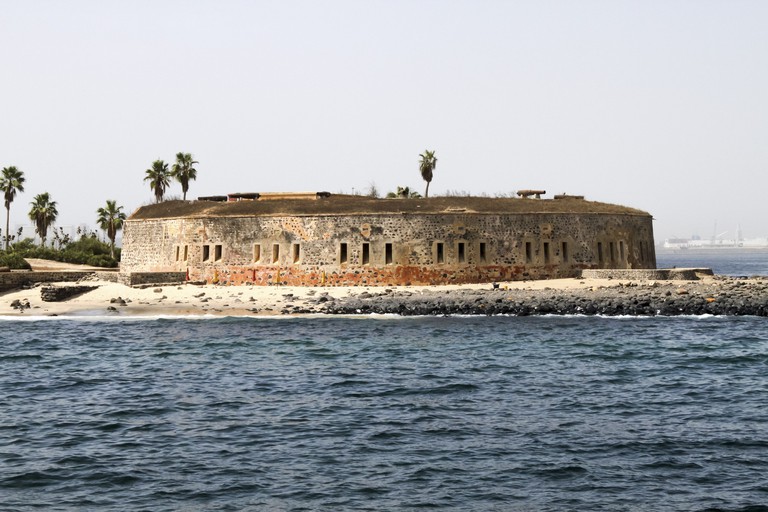 Fort of Goree Island, Senegal, which was the site of one of the earliest European settlements in Western Africa. | © Japan_mark3 / Shutterstock

Visiting Ile Gorée is often cited as the ‘number one thing to do’ in Dakar and it’s not hard to see why. Lying two miles (3.2 km) off Dakar’s south coast, Gorée was the first place designated World Heritage status in Senegal, with UNESCO stating that “from the 15th to the 19th century, Gorée was the largest slave trading centre on the African coast”. Now it’s a sanctuary of calm, with a population of around 1,500 living in pastel-coloured houses on tranquil cobbled streets. A castle, which served as a World War II outpost, provides fantastic views of the island and downtown Dakar, while the 18th-century Maison des Esclaves (House of Slaves) serves as a harrowing reminder of the brutality, cruelty, and scale of the transatlantic slave trade. As a tourist hotspot, visitors to Gorée should head early to avoid the crowds. However, even at peak times (around lunch), the island can be explored in relative peace if you head in the opposite direction of the masses when disembarking the ferry. Head right across the beach and weave through the cobbled streets and back alleys, before looping back through the main town and visiting the castle, monument and Maison des Esclaves after the tour groups. 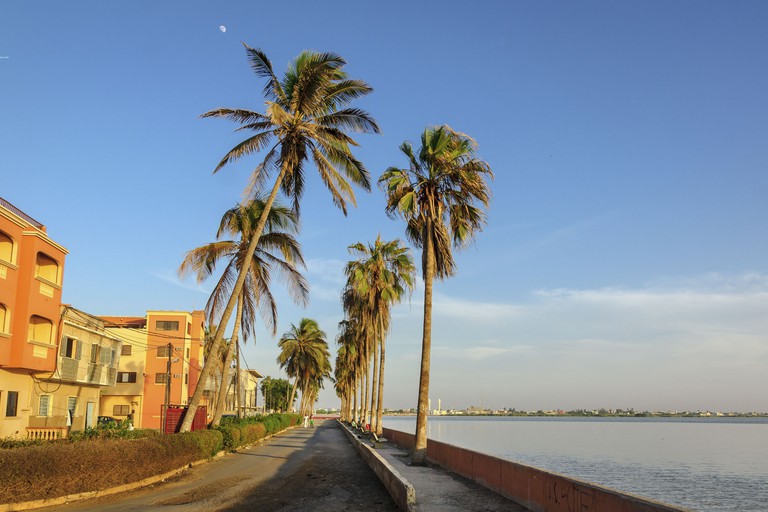 An island-city built in the middle of the Senegal River Estuary, Saint-Louis is a breathtaking architectural feat. Formerly the capital of both Senegal (until 1957) and all of French West Africa (1895-1902), Saint-Louis boasts some of the best examples of French colonial construction in West Africa, with its colourful houses, wrought-iron balconies, distinct system of quays and the magnificent Faidherbe Bridge connecting it to the mainland. However, its strategic position on the Senegal River’s mouth could soon lead to its downfall. UNESCO calls Saint-Louis a “subtle marriage between land and water”, but today that marriage looks heading for divorce, with a swelling river and advancing sea threatening to submerge the historic city. An architectural and cultural delight, Saint-Louis is great to visit all-year round (although is incredibly crowded during the international jazz festival in April-May). With the main island less than 1.5 miles (1.6 km) long and only 400 metres (1,312 feet) wide, strap on some comfy shoes and just stroll through all the colourful quarters of this dense city. 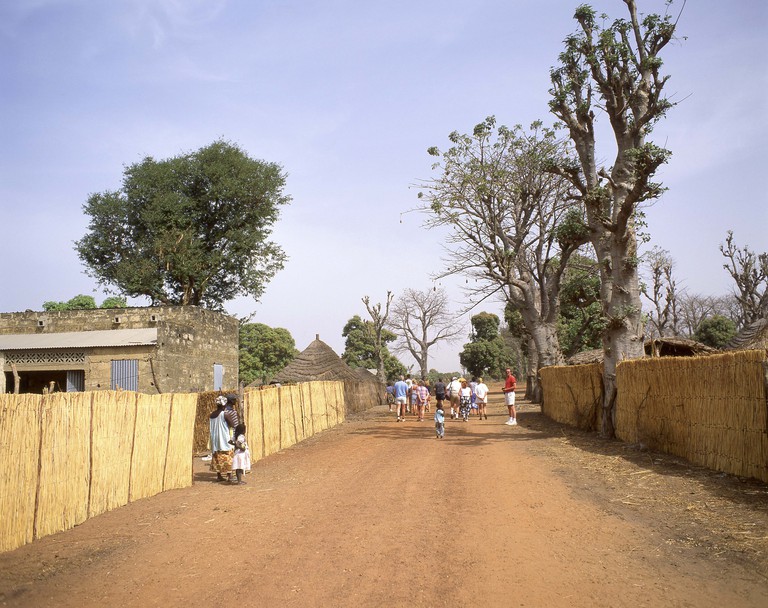 Most deltas form when a river splits before entering the sea, but in the Saloum’s case, multiply the number of rivers by three. The result? A labyrinth of brackish channels, carved up by islands, inlets and mangrove forests. A marine environment facing daily attacks from avian hunting squadrons. Freshwater and saltwater vegetation jostling for supremacy. Locals taming the Delta’s ecosystem as they have done for centuries. Among the almost 2,000 sq miles (5,180 sq km) of the Delta, sit over 200 shellfish mounds, some spreading hundreds of metres long. These mounds were built for both the dead (funerary mounds) and the living (man-made islands forming managed waterways). With some of the mounds dating back two millennia, the Saloum Delta is a prime example of how humans have not only survived, but thrived in coastal West Africa through the ages. Of course, seeing the Delta at its best necessarily involves water transport. Pirogue trips are easily organised in the larger Delta towns, such as Palmarin and Djiffer, but eco-lodges on the fluvial channels allow you to see the morning battle between bird and fish without leaving dry land. The delta is accessible all year-round, however activity amplifies during the winter as migratory birds pass through and native birds, such as flamingos, terns and spoonbills, breed.

Open In Google Maps
Fatick Region, Senegal
Give us feedback 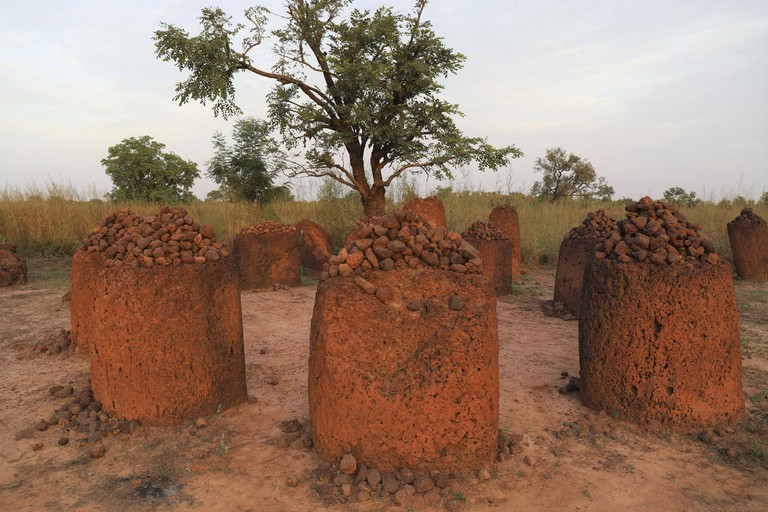 Ancient stone circles (megaliths) in Wassu Gambia, Senegambia, Africa. | © mustang.in.africa / Shutterstock
Stonehenge may well be the most famous, but if you’re wondering where the largest concentration of stone circles is in the world, then wonder no more. Within a 63-mile (101-km) stretch of Senegal and the Gambia stand over 1,000 circles with nearly 30,000 individual monoliths. Scattered in small groupings, there are four principal sites in the region, with Sine Ngayène in Senegal being the largest, comprising 52 stone circles made up of 1,100 almost identical two-metre (6.6-feet) high pillars. With skeletons, tools and ceramic ornaments found buried beneath them, this industrial-sized funeral complex reveals a highly organised society in the region; an especially rare insight given the migratory nature of African peoples resulted in a lack of old monuments in this part of the world. Due to their relative obscurity, visiting the stones is best done by car. A visitor centre has been constructed at Sine Ngayène, but there is no guarantee it will be open or manned. More likely, a local villager will very gladly give you a tour in exchange for cash.
Open In Google Maps
Kaolack Region, Senegal
Give us feedback 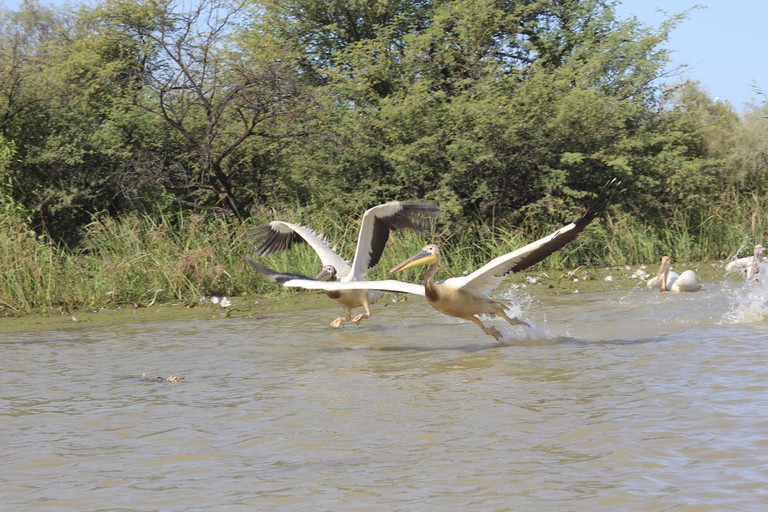 Djoudj National Bird Sanctuary, in the north of Senegal, is popular for the migrating birds. | © Raconets / Shutterstock

The Djoudj National Bird Sanctuary is like a motorway service station for birds migrating to Africa. Every winter, the 16,000-hectare wetland at the mouth of the Senegal River provides a temporary home for over three million birds as they make their annual breeding pilgrimage to warmer climes. Even when the travellers have departed, 1.5 million birds remain, jostling for position between the sandbanks, lakes, streams and backwaters. From pelicans and herons to spoonbills and egrets, the sanctuary is home to almost 400 bird species, as well as warthogs, manatees and crocodiles all year-round. Although an almost-six-hour hour drive from Dakar, Djoudj is only 45 minutes from Saint-Louis, which is just as well as the prime time to witness the spectacular carnage of wings and noise is at breakfast time. The winter months obviously draw more wildlife, but Djoudj is a treat throughout the seasons. You may think you’re not that into bird-watching, but unless you suffer from ornithophobia, Djoudj will change that. 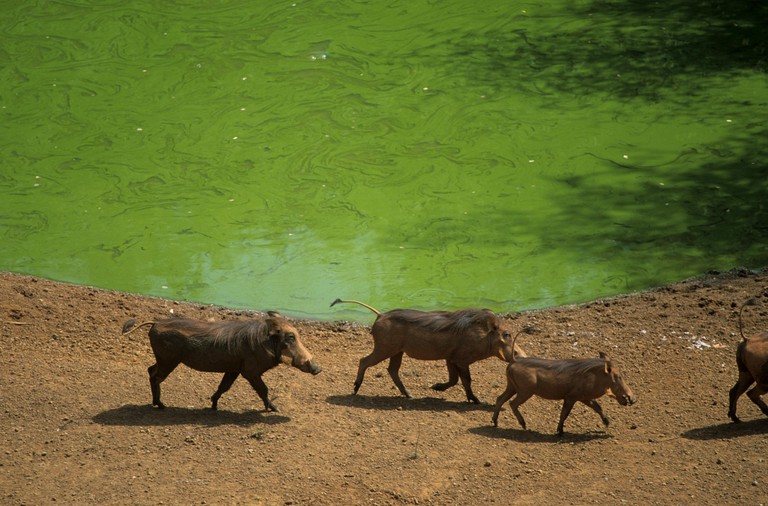 Unlike some of Africa’s more southerly nations, Senegal is not particularly renowned for its wildlife: Niokola-Koba is the exception. Covering nearly one million hectares in the southeast of the country, Niokola-Koba is a case study in sub-Saharan ecosystems: rivers, ponds, floodplains, forests, hills, desert. You name it, it’s got it. As such, Niokola-Koba can boast a range of wildlife to rival the more celebrated ‘safari countries’. Lions and leopards roam the savanna, chimpanzees swing from the trees, while large populations of elephants and Derby Elands (the largest of the antelopes) bring size and status. And that’s just the start of a long list of native birds, amphibians, reptiles and mammals. An eight-hour drive from Dakar, the park is officially open between December and April, coinciding with the period when Senegal’s interior is at its coolest. The park is free to enter and a number of basic lodges have popped up around Tambacounda, but hiring a guide is highly advised.

Like Noah’s ark, most of these sites fortunately come in pairs. Saint-Louis and the Djoudj Sanctuary are less than 40 miles (64 km) apart. The Niokola-Koba National Park and Bassari country are practically neighbours, while the Saloum Delta and Stone Circles are both found north-west of the Gambian border. Ile Gorée may strike a solitary figure, but the chances are you’ll visit Dakar if heading to Senegal.