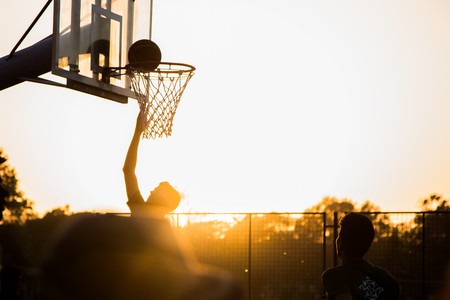 As part of its growing effort to become a global league and expand its brand worldwide, the National Basketball Association (NBA) announced the opening of NBA Academy Africa in Thies, Senegal.

NBA Academy Africa will be an elite basketball training center for top male and female athletes from Africa. Twelve elite male prospects will be selected following scouting programs with local federations across the continent and elite skills camps hosted in Thies in December and last week. The selected dozen will receive scholarships and training at NBA Academy Africa.

“Today is an important milestone for the growth of basketball on the continent as we begin to welcome the first group of young student-athletes who will form the inaugural roster of NBA Academy Africa,” NBA Vice President and Managing Director for Africa, Amadou Gallo Fall said in a release. “NBA Academy Africa will provide student-athletes with world-class, comprehensive training and education so they have the resources to achieve on the court and in life. I am confident we will see the number of African players in the NBA continue to grow because of this initiative.”

The academy will employ a “holistic, 360-degree approach” to player development, emphasizing education, leadership, character development and life skills. The student-athletes will play against top competition throughout the year and will have an opportunity to be chosen for travel teams to play in international tournaments and exhibition games.