Interview with Founder of the Dakar Challenge: the World's Longest Running Banger Challenge 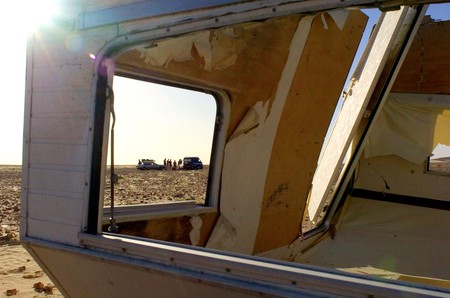 The Dakar Challenge is the ‘longest running banger challenge’ in the world with clapped-out vehicles having chugged from the UK’s coastal city of Plymouth to West Africa every year since 2002. Here we speak to its founder and “crap car svengali”, Julian Nowill, to get the lowdown on the Dakar Challenge’s inception, evolution and most memorable moments. 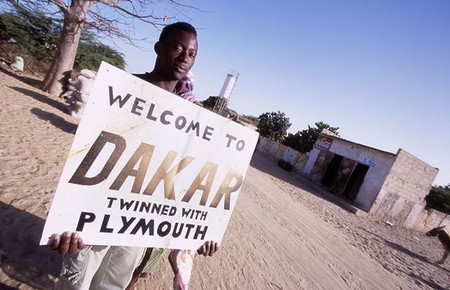 “Take the mickey” out of the Dakar Rally

If the concept of driving a banger from Plymouth to Banjul sounds like a knock-off version of the Dakar Rally, it’s because it is. By the mid 90s, the Dakar Rally had become a well-oiled commercial machine of professional drivers and manufacturers, but one Dorset-based stockbroker and crap car enthusiast knew tearing across African deserts didn’t need to cost the earth. That man was Julian Nowill and in 2002, he set up the Dakar Challenge to “take the mickey” out of the Paris-Dakar route. 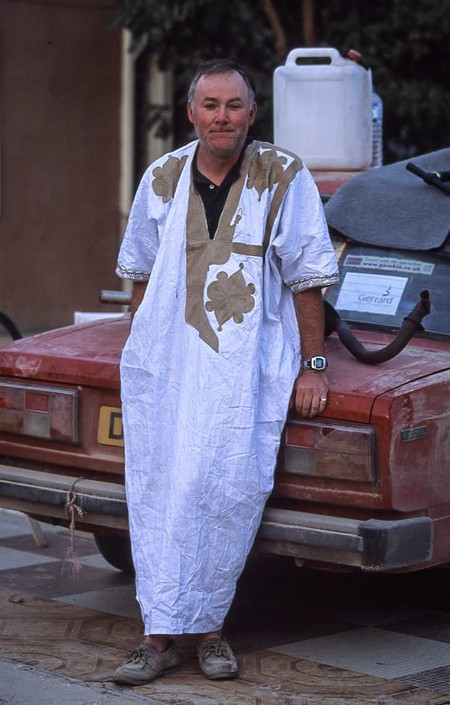 In December 2002, the first group of hopeful souls left the UK in a motley collection of vehicles, optimistically believing that Julian Nowill knew what he was doing, and had substance and experience behind his words. Despite later finding out to the contrary, this first event was a great success and most of the 42 Teams even made it to Banjul. This Challenge is now in it’s 15th year! | © Julian Nowill

At their heart of the Challenge is a simple concept: “driving in one direction and leaving [the vehicle] there, makes sense to me,” says Julian, explaining that before he came up with the Dakar Challenge, he had left many cars in countries across Europe as it was the cheapest, easiest and best way to explore.

Blending that mindset with sticking two-fingers up to the Dakar Rally, he devised the rules for the Challenge. Three weeks to drive a ‘£100 vehicle’ 3,700 miles from Plymouth to the Gambian capital of Banjul, through France, Spain, Morocco, Western Sahara, Mauritania and Senegal. At the end, auction off the vehicle for charity and hop on a plane home.

In its first year, 52 vehicles started and 48 finished, a remarkable effort given Julian didn’t advertise the Challenge either before or after. “The British papers picked it up after the first year, but it’s mainly word of mouth and internet forums”. By 2006, almost four times the original number set off (204), with contestants as far and wide as Latvia and the US.

However, popularity has its drawbacks and Julian realised the need for differing routes to ease congestion and keep the fundamental spirit alive. Now there are five routes under the ‘Dakar Challenge’ umbrella, with races finishing in infamous destinations, such as Nouakchott, Baghdad, Chernobyl and Bamako.

What constitutes a ‘banger’? Well, according to Julian, the vehicle should roughly cost £100, “but really anything old and shit as they burn more fuel and are less reliable”. As such, the Challenge has witnessed a variety of the weird and the wonderful, including limos, black cabs, a hearse and an ice cream van, “which dispensed Mr Whippys on the finishing line before going on to Timbuktu”. Julian’s personal favourite? “An East German Trabant. It’s only 600cc, like a toy car.”

At the end of the race, the vehicles are auctioned off (mostly for parts), with the money raised used to aid local causes. However, this practice is not permitted in Senegal, hence why the Dakar Challenge finishes 180 miles further south in the Gambian capital Banjul. Although, if they could sell them all in Bamako, then that would be ideal, as the Malians “accept both right-hand and left-hand drive”. 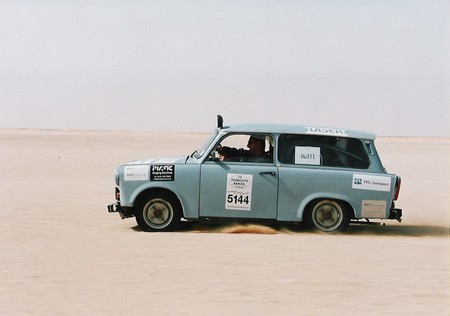 Despite regularly making in excess of £100,000 from the auctions, “the Dakar challenges are not charity rallies”. Instead, they are the antithesis of package holiday culture. It’s travelling how it should be – an adventure with risks. In 2008, contestants travelled through Mauritania, despite high terror alerts. In 2011, a team was arrested for spying in Russia having taken photos in a military zone (they were later released). Another year, a team got stranded in the Mauritanian desert “but other competitors chartered a helicopter and found them 4 days later”. 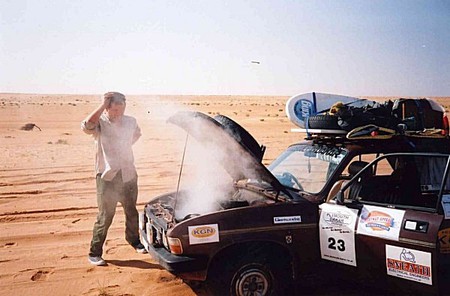 Yet, for Julian, this is part of the appeal: taking an unreliable car through testing terrain with no support should be risky, but the rewards are more than worth it. How else could you weave through the Atlas Mountains in Mauritania or cruise along the banks of the River Niger in Mali?

On top of the sublime setting, there’s a special camaraderie that grows when carefree car enthusiasts take on the elements. From bouncing around in beat-up cars in the middle of nowhere to “switching number plates around without anyone noticing”, it’s a unique, fun-filled adventure. Julian has personally taken part five times on the Plymouth-Banjul route and when asked how he would sum it up, he said: “no money, no worries, no sense”. I couldn’t have put it better myself. 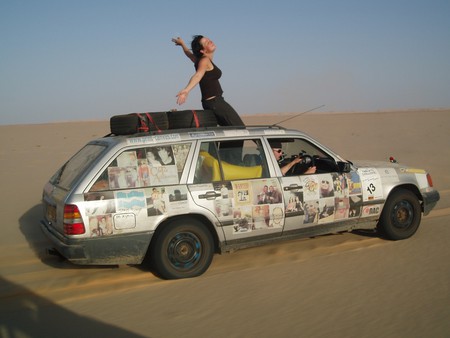 “No money, no worries, no sense”. | © Julian Nowill
Give us feedback