Islamic spirituality plays a distinct role in the work of Maïmouna Guerresi, an Italian-born photographer who spent time with the Mouride community in Senegal and subsequently reverted to Islam in 1991. Influenced by mystical characters prominent in Sufism, notably in Muslim Africa, she intersects multicultural and spiritual themes to create a captivating sensory experience for the viewer. We spoke to Maïmouna Guerresi to learn more about her evolution as a photographer and the conceptualization of her most acclaimed artwork. 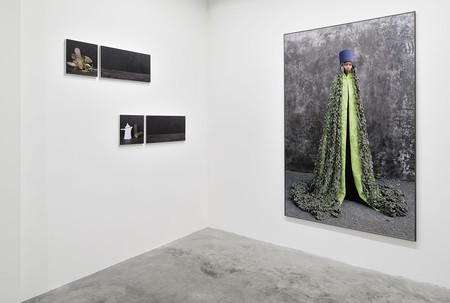 Could you tell us a bit about your background? Where are you from and based?

I am Italo-Senegalese and I currently work between Italy and Senegal. I was born in Italy, in the Veneto region and raised in a catholic family. After my studies, several personal experiences and the participation in important events such as two Venice Biennales, I felt the urge to open up to new experiences and spiritual knowledge. This happened in particular after my interaction and encounter with the Mouride community in Senegal, where I met the man that introduced me to Islamic religion and subsequently became my second husband, Assane Dieye.

Why were you initially drawn to photography? Do you work with other mediums?

Photography is one of the mediums I have chosen to express my emotions, my experiences and what I envision, yet it isn’t the only one, as I frequently use sculpture and video installations depending on the theme, emotion or subject I am looking to dialogue with. 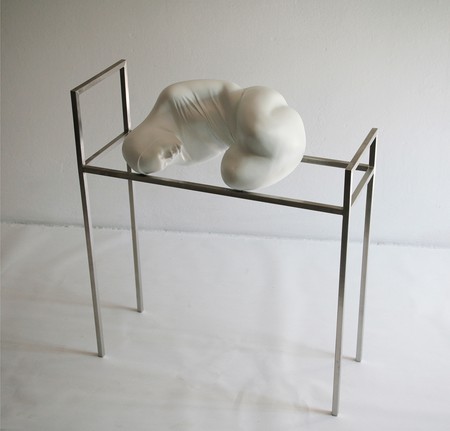 Which themes and concepts regularly featured in your early work?

My first works can be inserted in a body art context through which I sought a cosmic bond by using my body to dialogue with nature, trees and mythical characters such as Dafne and Apollo.

This is where my first black and white photographs originate from. They were titled mimesis and were created alongside sculptural casts referencing the armor and the chrysalis. Subsequently I often worked with photography and sculpture together up until my most recent works that focus on veiled female subjects; the veil is made to look rigid as if sculpted, and when worn by my sitters it becomes a metaphor and container of spiritual energy.

When you converted to Islam, you adopted the name Maïmouna and changed the direction of your body of work. How does Islam influence your photography? Do you explore both your own spirituality as well as traditional Islamic art?

My return to Islam (I define it as a return because as stated in Islam: every newborn is a Muslim by nature), was an event that profoundly influenced me and ushered a new spiritual view on life. I felt the need to express my inner renewal through my art by allowing the surfacing of the emotions and feelings experienced during my visits to holy sites and my encounters with prominent religious authorities within the African Muslim community.

Often fighting against the prejudice associated with Islam, I continued on my arduous path by seeking the representation of beauty through my artistic sensibility, a concept that connects ethics, aesthetics and religion. 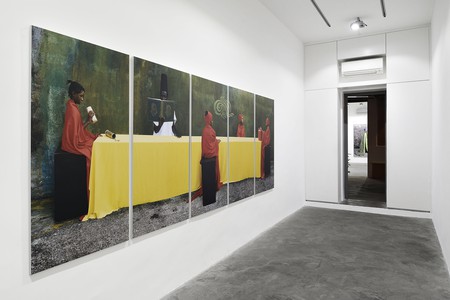 Tell us about Giants, one of your most well known photography series. What inspired you and how has the series evolved since you initially exhibited?

For the photographic series titled GIANTS, I was inspired by the mystical characters in Muslim Africa. I wanted to interpret their spiritual greatness, but not their physiognomy; I therefore photographed common people and members of my family.

I represent them as unreal, metaphysical beings, the robes they wear are architectural structures that allow us to notice their form, face and hands. Ancient icons, their body is empty as a dark and mysterious cave, a new, unknown space, an infinite universe. 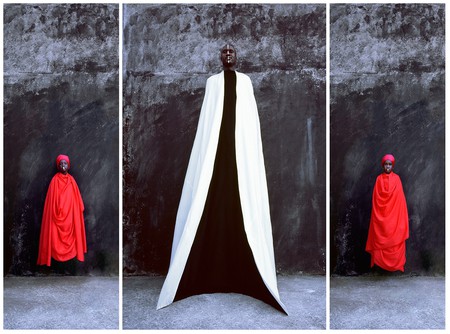 Your latest solo exhibition, Talwin, ran at Matèria Gallery in Rome. What does ‘talwin’ mean and how does the concept permeate through this body of work?

The titles and subjects I choose for my exhibitions reference Islamic spirituality as a way to bring the viewer to a closer understanding of my world and vision.

The exhibition held in Rome at Matèria was titled Talwin, a mystic term that defines change. Change in this case is intended as a spiritual evolution of the human being and the approach towards the divine through religious practice and continuous inner struggle. It can be compared with a mental and spiritual state that gives access to the invisible through a sensorial and beyond sensorial state. 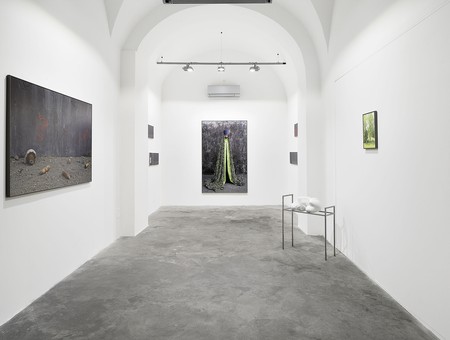 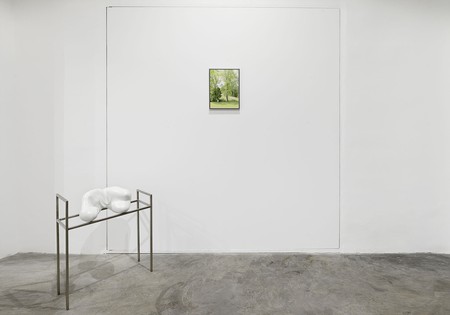 What can individuals with little experience of Islam take away from your photographs?

I try to interpret to the best of my ability the direction given to me by my artistic and spiritual vision. I believe that one does not need to be of a particular religion to appreciate or understand what my work expresses. 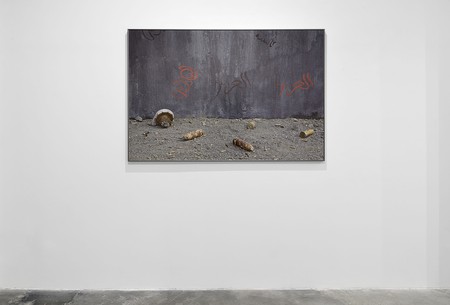 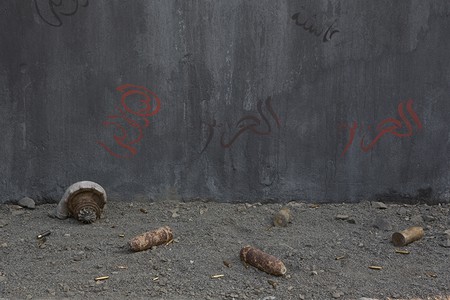 You’ve spent quite a bit of time in predominantly Muslim African countries. Are there particular cultures which influence you the most?

I am interested in all Sufi traditions found for example in Kenya, Sudan and Morocco to cite a few. Religious expressions found in rituals such as the Dhikr, a repetition of Allah’s names mixed with dances and prayers.

My interest is predominantly focused on the Mouride brotherhood of whom my family in Senegal are part of. This is a community I feel very close to and from which I often draw inspiration for my work.

The majority of your photographs seem to spotlight Muslim women. Is this significant? How do you conceptualize womanhood in each body of work?

I often enjoy representing the image of the Great Mother, a figure I tend to identify with, a symbol of universal spirituality but more importantly because women carry Allah’s most beautiful names. In my work I also use male subjects that always carry the compassionate female and maternal spirit within. 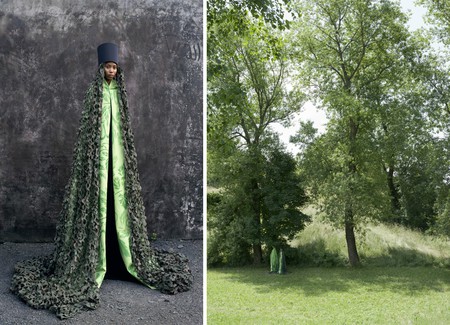 Do you have any other upcoming projects?

I am patiently working on new projects after a two year period filled with exhibitions. I had a solo show in New York and Seattle with Mariane Ibrahim Gallery, one at the Bardini Museum curated by Awan Ampka & The NY University, a solo show in Rome at Matèria and my most recent exhibition, a group show at the LACMA Museum in Los Angeles titled ‘Islamic Art Now part II: Contemporay art from the middle west’.

For more information on Maïmouna Guerresi and her past and upcoming exhibitions, visit her website: http://www.maimounaguerresi.com/