An Introduction to Senegal’s Wolof People 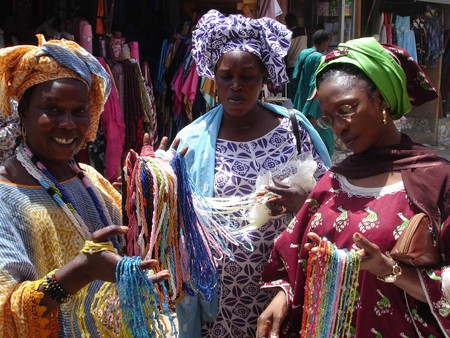 Wolof has become synonymous with Senegal. The Wolof people, language, culture and traditions have grown with the country, weaving themselves into the sinews of the nation and becoming a fixture within Senegalese daily life. This is an insight into that journey.

A brief history of the Wolof

The first recording of the Wolof people hails from the 15th century, after Portuguese navigators encountered Wolof Chiefs on the Senegal river. However, the Wolof had long been calling the coastal areas of West Africa home, having migrated west after the Ghana Empire fell four centuries earlier.

Initially, they conquered tribes and established a large kingdom of self-governing states, which eventually split into the four chiefdoms of Walo, Baol, Cayor and Sine and Saloum by the time the Portuguese dropped anchor.

Resource poor, but economically savvy, the Wolof formed convivial trade relations with three centuries of European settlers, becoming a major exporter of slaves and peanuts. Their stock eventually lowered following the abolition of slavery in the 19th century, and a war with the French demolished the Wolof kingdoms. Yet, rapid population increase and urbanisation in the midst of gaining independence in 1960 has seen the Wolofisation of Senegal once more. 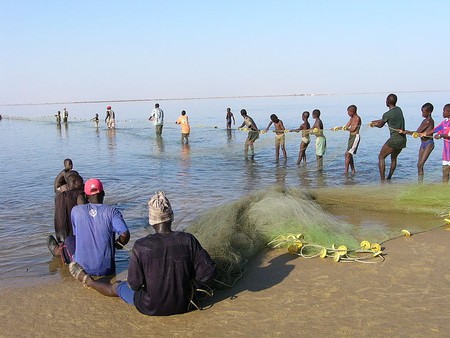 The estimated six million Wolof people are the dominant ethnic group in the ‘Savannah zone’ between southwestern Mauritania and the Gambia, 90% of whom call northwestern Senegal their home.

A predominantly rural people, three-quarters of Wolof still live in small villages of around 50-150 people led by a village chief or Marabout. Compounds of reeds and mud house close-knit communities, while the surrounding land – cultivated for cotton, manioc and, of course, peanuts – nourishes the local economy.

On the seaboard, villagers swap the furrows for waves, taking advantage of 500 km (310 miles) of coastline, while the urban whirlpool has seen the Wolof dominate all major towns from the Gambian capital Banjul to Saint-Louis on the Senegalese-Mauritanian border. A presence which has rewarded them with disproportionate influence in political spheres allowing the Wolof to gain an increasing foothold in daily life. 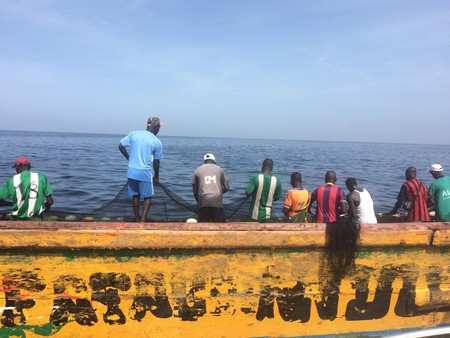 The Wolof have long had a highly stratified hierarchy of nobility, castes and slaves, with its people separated by three distinct groups: freemen, those of slave descent, and artisans. Intermarriage was uncommon, but in recent years there has been a softening of class distinction, with Senegal’s second president for example, Abdou Diouf, hailing from a blacksmith caste.

At the top of the Wolof tree sits the Marabout – the Muslim religious teacher. The Wolof have not always been Islamic, but in the 19th century, faced with a combination of French aggression, slavery and the waning power of Wolof chiefs, Islam swept through the Wolof and the position of the Marabout was cemented at its core. Now, almost all of the Wolof belong to one of the four Senegalese Sufi Muslim brotherhoods. 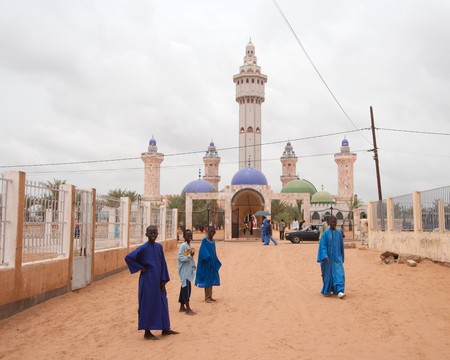 Locals outside the Great Mosque of Touba | © Qiv / Flickr

Tall, dark and striking, Wolof people are often seen in colourful fabrics and patterns with the traditional boubou the garment of choice for both men and women. Variants are worn on a day-to-day with the whole shebang coming out on special occasions; the most important for the Wolof is the feast of Tabaski (the Muslim Feast of Sacrifice).

Wolof not only refers to the people, but the language they speak, which has become the de facto tongue of Senegal. Although French remains the official language, Wolof is the lingua franca with 40% speaking it natively and another 40% as a second language. If there was one Wolof word to encapsulate Senegal it would be “teranga” meaning “hospitality”. A byword for warmth, respect and sharing, Senegal prides itself on its teranga to visitors and neighbours alike. Wolof customs have spread throughout Senegal, but teranga is the beating heart, even lending its name to the national football team: the Lions of Teranga. From inviting a stranger into one’s home to sharing a glass of attaya on the street, teranga is a custom that the Wolof – and all of Senegal – are rightly proud of.