Towns In Rwanda You Must Visit

Home to majestic mountains, undulating hills, enthralling traditions and some of the rarest species of animal in the world, Rwanda is shaking the memories of its turbulent past and is fast becoming one of the must-visit countries in Africa. . 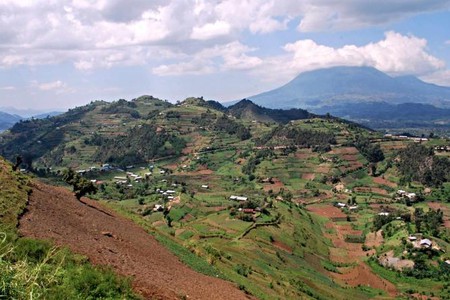 There are a number of towns along the shores of Lake Kivu, but very few boast the uniqueness of Rubavu. Formerly known as Gisenyi, Rubavu is a gorgeous resort space situated triangularly between Karongi and Musanze, an area surrounded by picturesque lakes and dramatic rocky cliffsides. It is currently the fifth largest town in Rwanda, and is home to an array of upmarket hotels and tropical beach resorts, making it the perfect leisure escape from the hectic capital of Kigali. In downtown you will find avenues of shady palm trees and buildings showcasing a mixture of architectural styles, and if you’d prefer to stay somewhere a little more energetic, the lively upper area offers night spots and popular restaurants. 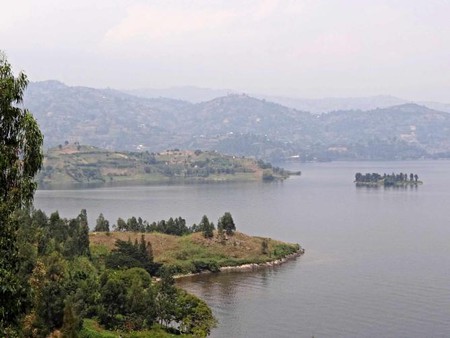 Although Ngororero is not typically featured in many guide books, this tiny Rwandan town exudes a beautiful charm and has an historical significance which should not be missed. At an altitude of 1760km, Ngororero its conveniently situated on the road from Musanze to Muhanga. The small district is surrounded by picturesque hills and has become a site of both cultural and historical importance; in 1994, in the former MRND palace here, 14,500 Tutsis were burned alive, making the site one of the most significant genocide memorials outside the capital of Kigali. Of further historical significance, the hilltop of Umukore, an area about 12 kilometers away from the town’s marketplace, was once the royal residence for one of Rwanda’s most powerful kings, Mwami Kigeli IV. It was here that the King hosted the explorer Gustav Adolf von Götzen, a man who would later become the German governor of East Africa, and this was a gathering which marked the first official meeting between a European and a Rwandan king. Today the town is better known for hosting a gigantic and vibrant multi-level market, open most days of the week.

Since 2006 Huye has been renowned as Rwanda’s cultural center. Formerly known as Butare, the town was renamed Huye after a local mountain, and it is a place which was founded during the early colonial era as a center for learning in East Africa. And, succeeding in its vision, today Huye boasts the greatest number of students on the continent. The most prominent attraction of the town aside from the university is the National Museum of Rwanda, and there are also several engaging religious sites here, including a huge and beautiful cathedral. Don’t miss the spectacular surrounding countryside, a lush space which is home to interesting cultural spectacles including the Huye Tinnery, a church established by a Benadictine monk, and Kibeho, the place where alleged visions of the Virgin Mary can be experienced. 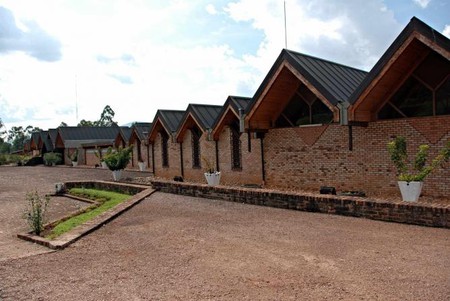 National Museum of Rwanda in Butare I | © Dave Proffer via Flickr

Karongi is the capital of the western province of Rwanda, and is one of the most beautiful of the three major lakeside ports in the country. It is easily accessible from Kigali, and many city dwellers venture to Karongi for weekend beach retreats. And it is easy to see why, given the sweet-smelling hills lined with eucalyptus and pines, and the area’s overall appearance denoting a French hillside rather than an East African landscape. The rolling greenery and peaceful ambiance here enrich Karongi with an idyllic atmosphere, and one of the top things to do when here is relax by the lake under one of the tall, overhanging trees. 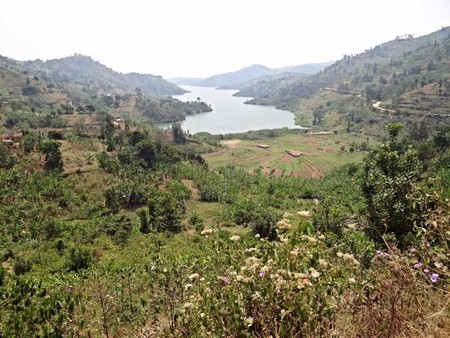 Despite being the second largest town in Rwanda, Muhanga is a spot often missed by tourists, and is a space characterized by quaint colonial buildings and thick, bushy vegetation. This is a great place to get a taste of authentic, tribal Rwandan life, with many of the rural settlements here offering the opportunity for visitors to enter into their communities and take part in local practices. The perfect spot in which to experience Rwandan culture in a meaningful, thought-provoking way, one of the best known companies running settlement trips is Azizi Life, an organization committed to illustrating the precious African culture of the region. 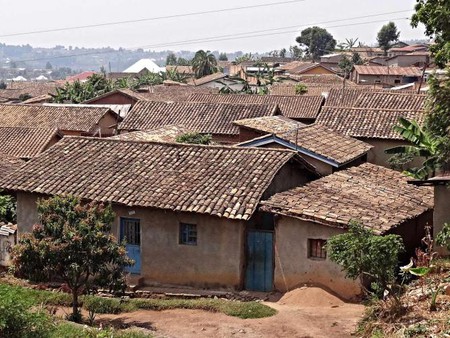 Colonial Buildings of Muhanga (Gitarama) I | © Dr. Adam Jones via Wiki Commons
Give us feedback