This Arts Organisation Has Adorned Most Walls in Rwanda's Capital City 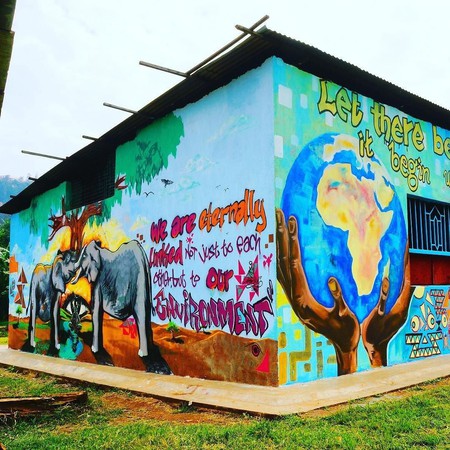 Characterised by its clean streets, boulevards lined with green palms, and countless hilltop views, Kigali is becoming more and more vibrant with each passing day. As Rwanda draws increasing international attention for gorilla trekking and burgeoning luxury travel, its capital city’s arts and culture scene is also on the move.

Enter Kurema, Kureba, Kwiga, a Rwandan social enterprise that focuses on how street art can create positive social change. Credited with countless murals around the city, Kurema is an integral part of Kigali’s artistic identity. 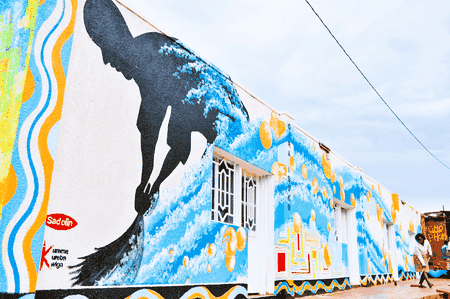 Founded by Judith Kaine in 2013, Kurema, Kureba, Kwiga takes art out of galleries and into the streets of Rwanda. Contemporary Rwandan artists and community members are brought together by Kurema through public street art to share stories, encourage dialogue, and promote creativity. Vivid murals adorn walls in most of the city’s neighbourhoods as well as many of Rwanda’s provinces, where they often impart social messages crafted by Kurema artists and residents.

Kurema, Kureba, Kwiga literally means ‘to create, to see, to learn’ in Kinyarwanda – and that’s exactly what they do. By promoting creativity through art and community collaboration, Kurema’s work has become known throughout Rwanda as a meaningful and exciting form of expression.

Discussing her initial impetus for starting Kurema, Kaine recalls, “when I first moved here, I was taken aback by the absence of public art in the city itself. After some time, I had the opportunity to meet different artists and people working in the creative sector, and was surprised to find out that a lot of that art work was primarily for the consumption of tourists in Kigali, as opposed to the people living in this country.” 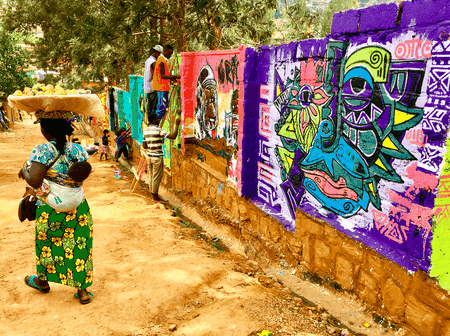 For Kaine, it was really about democratising access to art. She says “creating a new community and public context for people to engage in colour and creativity was the initial reason for starting Kurema.”

Her work has since expanded to address social issues faced by Rwandans today. Acknowledging art as an important medium to reach and influence new audiences, Kurema has worked on projects and public murals in Kigali that promote education for girls, fight against the use of drugs, encourage clean water access, and highlight the importance of protecting the environment.

Kurema’s first project, the Positive Living Campaign, focused on fighting HIV stigma and included eight murals across Rwanda, from the bustling neighbourhood of Remera in Kigali to the university town of Butare.

The murals were created with the intent of giving voice to the voiceless and highlighting an issue which was rarely discussed in public. The project was considered to be a rousing success, and since then, Kurema has continued to partner with the Rwandan government and work alongside visiting artists, NGOs, and commercial businesses. In addition to their now famous murals, Kurema also hosts workshops, artist talks, and exhibits to promote the integration of art and activism. 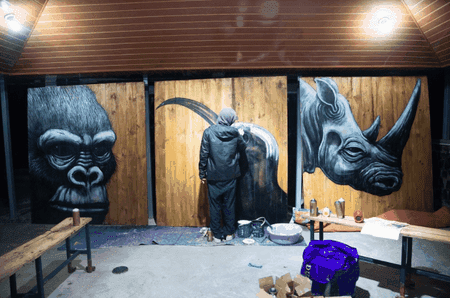 As the organisation continues to grow, Kurema’s creative process is adaptable and the murals are all site specific. “Everything we do is project by project,” Kaine adds, “that sometimes means working with new artists and partners, or agreeing to work with particular artists because of their existing experience.”

Recently, a world-renowned and anonymous street artist named ROA visited Rwanda through a partnership with Kurema, the Belgian Embassy, and the Rwandan Development Board. As ROA’s work is primarily focused on animal conservation, the public murals created during that collaboration followed along the same vein. 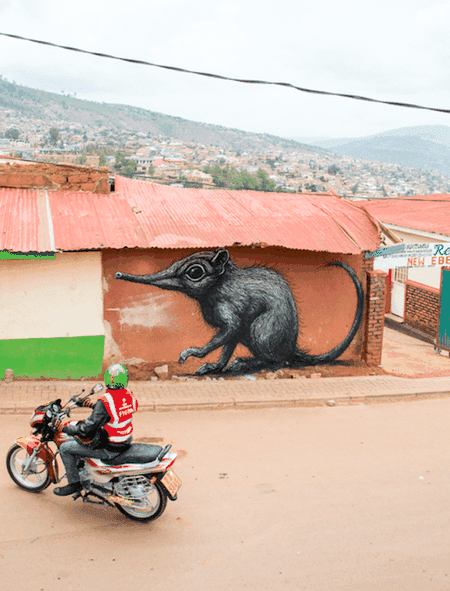 Kurema’s work, in spite of their growing success, remains entirely grassroots and community-oriented. “It’s a labour of love. We scour walls, try to build interest, and generate appeal so that people want to work with us. Sometimes,” Kaine laughs. “People think we want wall space to advertise things. That just takes a conversation to help communicate that art has intrinsic value, and once we get started, the dialogue and narrative typically changes and people become much more excited and interested.”