In Rwanda, the Female Orgasm is Sacred 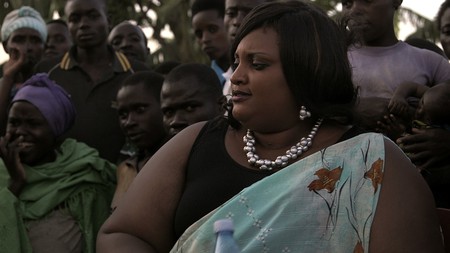 When documentary film director Olivier Jourdain visited Rwanda as part of a 2009 film, he met a man who told him the myth of a queen who ejaculated to create Lake Kivu, one of the African Great Lakes.

Jourdain, both surprised and intrigued by the story, decided to dig a little deeper. That’s when he came up with the idea for his 2016 documentary entitled Sacred Water, which explores the culture of pleasure and duty that informs both relationships and life in Rwanda.

“If when making love a man doesn’t make that water spring, he will be frustrated and the woman offended,” says a young woman in the film. “It’s cultural. All women have it.” 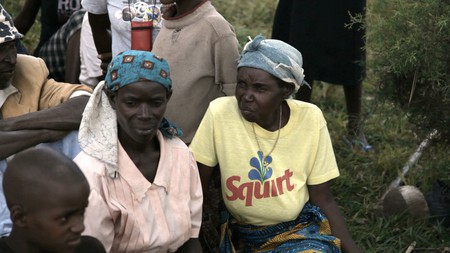 Rwanda is steeped in rich and sometimes troubling history. In 1994, ethnic tensions in Rwanda led to the genocide of as many as 800,000 people. That genocide was the subject of the acclaimed 2004 film Hotel Rwanda. Since then, in the United States at least, Rwanda has been either forgotten or the conversations about the country are attached to the terrible horrors of the early ’90s.

That’s what makes Jourdain’s Sacred Water particularly poignant. It takes a look at a part of Rwandan life that is integral, but also induces wide smiles and giddy laughter in some scenes.

“I wanted to show another view on Rwanda, something that was reuniting and encompassing the whole country,” Jourdain said. “A positive film about a country that has lived through horror twenty years ago.”

In the film, we are introduced to a radio personality named Vestine whose show is popular among couples in Rwanda. Her show seems to revolve around encouraging couples to try techniques that bring about female ejaculation. She answers questions from listeners via telephone and text message, and also receives feedback from listeners who took her advice.

“Let me tell you,” one listener texts. “God gave the ocean to all of us. It was created for our husband’s pleasure and peace.”

“Praise the Lord,” Vestine responds, with a hearty giggle.

Outside of her radio job, Vestine travels to schools and villages to discuss relationships, love, and, of course, the “sacred water.” Her approach, as well as the general responsiveness to the information, is refreshing to watch. It’s a stark contrast to what we experience in the United States, where discussions surrounding sexuality tend to be extremely private and sometimes secretive occurrences. 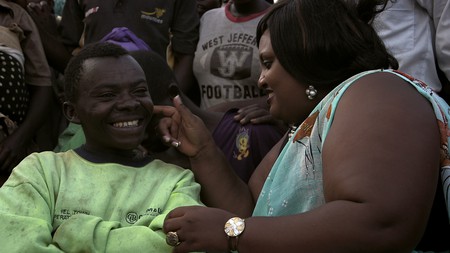 “I believe this film works as a kind of mirror of each and everyone’s sexuality,” said Jourdain, in an interview with We Are Moving Stories. “Through the discovery of specific sexual practices, the audience starts thinking about his own conception of intimacy: Are we in the West as sexually liberated as we think? What knowledge do we really share? The film questions more than gives answers and I’m very happy with that as I wanted to bring reflection and self-questioning.”

Sacred Water will screen in New York at the prestigious Margaret Meade Film Festival in October.