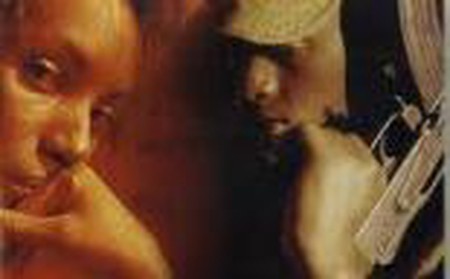 The work of celebrated filmmaker, journalist, and activist Eric Kabera has transformed perceptions of his native Rwanda, offering a humanistic counterpoint to the discourse of tragedy that so often dominates portrayals of the country.

Eric Kabera was born in Zaire, in what is now the Democratic Republic of the Congo, in 1970. He was living in the DRC when 30 of his family members were killed during the Rwandan Genocide, which started in April 1994. The tragedy inspired his filmmaking career, through which he seeks to give voice to those whose lives were lost.

An accomplished craftsman of both the documentary and the feature film, Kabera has proven himself an innovative and resourceful filmmaker. His first feature film, for which he served as a producer, was 2001’s 100 Days, a collaborative effort with British director Nick Hughes.

100 Days meticulously chronicles the events of the Rwandan Genocide, specifically the time leading up to the massacre’s conclusion: early April 1994 through mid-July of the same year. Kabera’s very personal project features actual survivors of the atrocities in place of professional actors. It depicts the story of Josette, a young girl struggling to find safety in a church amid the violence that is engulfing her country. Considered the first feature film to directly portray the events of the Rwandan Genocide, Kabera’s film is haunting and often unsettling but also profoundly moving in its celebration of the survivors and their legacy.

Kabera’s directorial debut came with 2004’s Keeper of Memory, an unforgettable documentary released ten years after the Rwandan Genocide. Kabera served not only as the film’s director but also as its screenwriter and producer. The documentary features interviews with both survivors of the Rwandan genocide and criminal enforcers of the violent acts. What results is an astoundingly courageous film that interrogates the disturbing circumstances that surrounded the massacre of 1994.

Kabera’s film unflinchingly questions how apparently innocent people can be driven to acts of such brutality. It also offers a hopeful depiction of the struggle to rebuild Rwanda’s splintered communities following the massacre, focusing particularly on the individuals who took it upon themselves to protect sacred burial sites during the violence. The film suggests that their efforts to maintain the memory of their culture and traditions were not in vain.

As president of the Rwanda Cinema Centre, Kabera’s passionate promotion of Rwanda’s cinema industry has resulted in the yearly Rwanda Film Festival. Kabera has become something of an ambassador for Rwandan film and culture whilst his films have revealed the human tragedy behind the Rwandan genocide from an African perspective, and have shown the heroic resolve of survivors in rebuilding their lives and their culture.