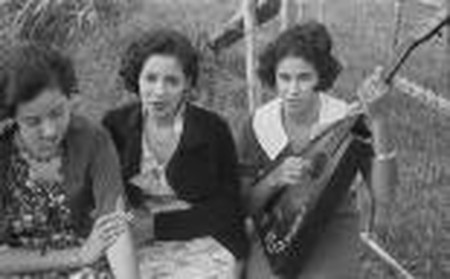 Just like the diverse ethnicities and rich culture found in Reunion, the country’s music is a similar mixture of influences, both indigenous and foreign. Despite being deeply tied to France, the modern forms of music here keep Creole culture and history alive.

Located in the Indian Ocean, off the eastern coast of Madagascar, the volcanic island of Reunion is an overseas territory of France. The population here is mixed though, and includes descendants from French colonialists, slaves from Madagascar and mainland Africa, and laborers from Southeast Asia. An example of this cultural amalgamation can be found in the island’s music. With a focus on dance, music here is seen as an aspect of social cohesion, bringing a variety of outside influences to bear on its own style. In Reunion, genres such as jazz, rap, reggae, zouk, ragga and dancehall are extremely popular, however the two main types of music now native to the island are Sega and Maloya.

Sega, a style that was widely spread during the time of slavery, mixes European and African music, and is generally of a more cheerful and lighthearted character. Maloya on the other hand, originally sang by slaves about their mistreatment, are songs of lament. Having a strong African element, Maloya is characterized by a chant-like rhythm, complemented by percussion. Maloya was banned from Reunion for many years because of its association with Creole culture and the Communist Party of Reunion, but it has now re-emerged. and has been transformed into a festive part of the Reunion culture that has been past down from generation to generation, with the changes reflecting the times.

One of the islands’ most famous Maloya groups is Ziskakan, who have fought hard to keep the Creole language and Maloya musical traditions alive. With the addition of Indian instruments and modern techniques, they have created a unique ‘rebel’ style called Electric Maloya. They are widely respected for their militant promotion of culture through arts such as poetry, theatre, music and dance. The lead singer, Gilbert Pounia, founded the band in 1979. Considered a storyteller as well as a musician, Pounia is of Tamil descent and has combined his lead role in Ziskakan with political activism for the protection of Reunionais cultural heritage. His persona and his music embody the island’s Creole identity, and he and his band have developed a following beyond the shores of Reunion. Since music is such a central part of Reunion’s history and lifestyle, there are also many festivals that occur here every year, with the biggest being the Sakifo Festival.