10 Fun Things To Do In Saint-Denis, Réunion Island

From intimate museums to Creole delicacies and fantastic street art, the capital city of the French overseas department of Réunion packs a punch. This volcanic island is a tiny drop in the Indian Ocean, placed inconspicuously between Madagascar and Mauritius, and often found missing from world atlases much to the chagrin of the Réunionnais. Here are ten reasons to stay back in this melancholic, seaside town that straddles the hills and sea so beautifully. 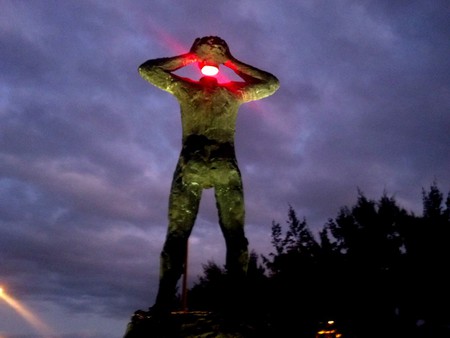 Saint-Denis’ public art installations, mysterious statues, and wall murals, some that run across the lengths of buildings, are second to none. Absolutely unmissable is the beautiful yet disturbing statue of Gereon the Slave that stands defiantly along the waterfront close to the Barachois, holding his severed head in his hands, an ominous red light radiating from within. A signboard recounts the story of the slaves Gereon and Jasmin who were beheaded at this spot in 1812 for revolting against the oppressive slavery system. 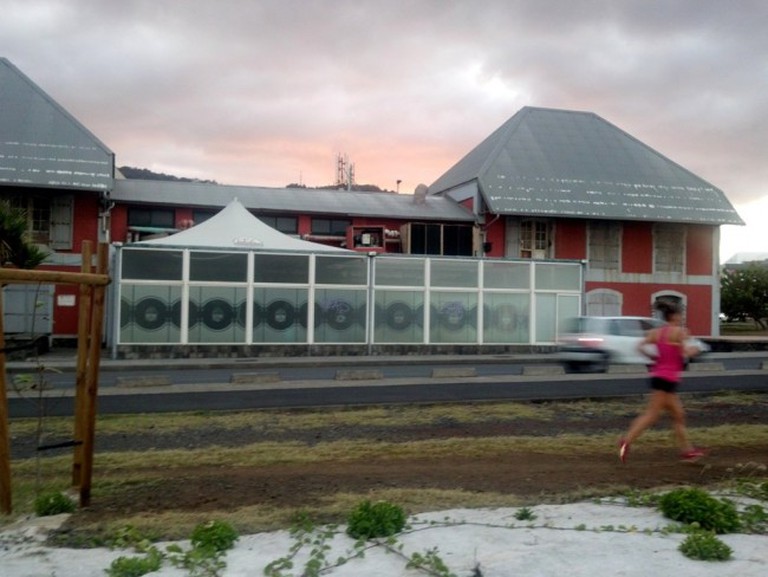 Sundowners and Joggers by the Waterfront

The Réunionnais are an incredibly health-conscious people as can be seen by the steady trail of joggers and cyclists along the scenic seafront each evening. Join them if you must and make sure to visit the Barachois, a beloved meeting place for locals since time immemorial. A dedicated space for petanque exists for those wanting to try their hand at the French game. Dramatic cannons stand testament to the city’s military past. 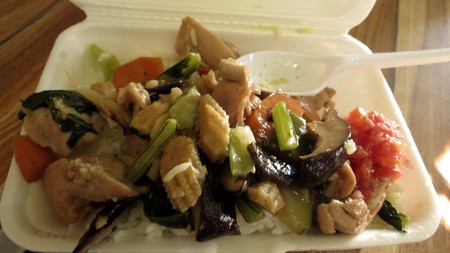 For typical Réunionnais snacks enjoyed by the sea, the food stands at the Barachois are your best bet. There’s everything from rougail, gratin, frites (fries) and Chinese takeaway to the island’s national beer, Bourbon. The samoussa shops and cafés on rue du Marechal Leclerc aren’t bad either. 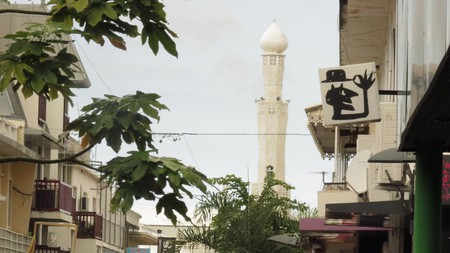 The Cathedral and the Mosque

A short walk from the Barachois is the city’s main Cathédrale de Saint-Denis where families and collegians are often seen relaxing by the fountain. While its modest façade and interiors in no way match up to the sheer grandiosity of Parisian cathedrals, it helps to keep in mind that the island is a baby, and its capital founded only in 1669. A few blocks away on the pedestrian street of rue du Marechal Leclerc stands the 1905-built Noor-e-Islam Mosque (Grande Mosquée) whose beautiful minaret towers into the skies. 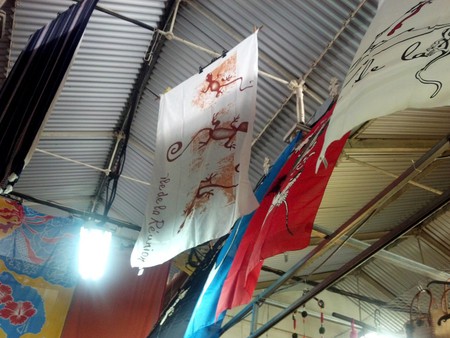 For exotic mementos at exceptionally attractive rates, head to Le Grand Marché. Visitors inevitably end up taking home souvenirs featuring the island’s unofficial mascots, the Gecko and the Dodo bird. Air Astral (Réunion’s national airline) wooden air crafts are in high demand too. The friendly sellers from Madagascar are all over the market with their rustic musical instruments, carpets, baskets, and gowns. Prices are well marked, and bargaining is certainly not frowned upon. 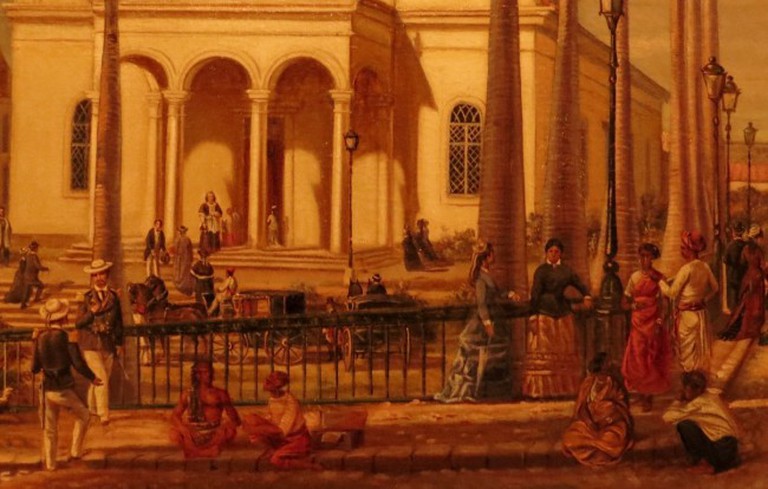 Close to the Grand Marché is this historic museum that houses works by Matisse, Gauguin, Renoir and, most importantly, Réunion’s own son, the poet and painter Léon Dierx. Look out for Numa Desjardin’s 1854 painting of Saint-Denis as seen from a rather restive sea. Antoine Louis Roussin’s 1877 painting of the Cathedral de Saint-Denis is deeply poignant with its detailed depictions of the white French colonial masters, of African slaves on the sidewalk and of Indian laborers dressed in turbans and sari. The young island’s history will unravel itself as you work your way through the rest of the collection. 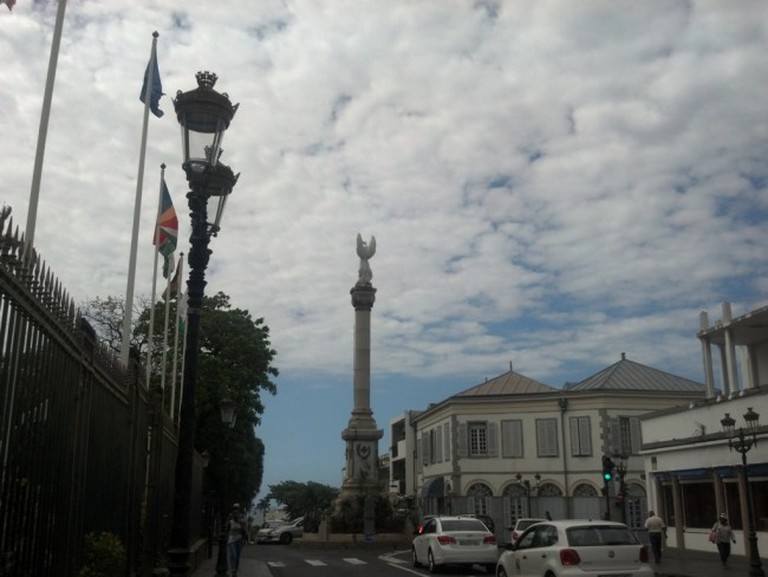 Saint-Denis is peppered with a number of architecturally striking structures, quite reminiscent to those in France, and even Pondicherry. The War Memorial (Monument Aux Morts de la Grande Guerre) that towers over Avenue de la Victoire evokes memories of Berlin‘s own Victory Column where Nastassja Kinski famously stood in Wim Wenders’ Faraway, So Close. Ochre-colored buildings and beautiful street lamps are fixtures in the island’s capital.

Non-French speaking tourists exploring Réunion Island independently should definitely stop by the Tourist Office at rue de Paris where useful maps and brochures in English are available. The friendly staff gives information on bus companies in Saint-Denis such as Moutoussamy et Fils that organize day tours across the island (volcano, the Wild South, Mafate, Hellbourg, etc). The pickup and drop-off point is generally at the Barachois on the waterfront. These shared tourist buses are a safe and economical way to view parts of the island not accessible by public bus lines. Note that private taxis are prohibitively expensive. 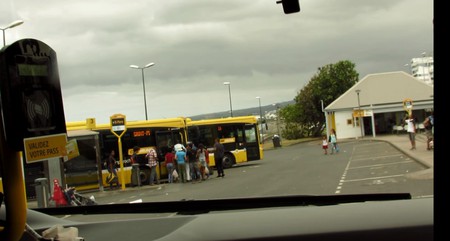 Heading out to the neighboring town for breakfast is as easy as pie. Walk no further than the main bus terminal (Gare Routière Car Jaune) on the waterfront, easily identifiable by its fleet of bright yellow buses (cars jaunes). Buses will take you to the island’s main towns such as St. Pierre, St. Benoit, etc. It’s perfect to experience Réunion’s coastal road and its atmospheric tunnels. The bus stops are well marked, and you should have no problem getting around. 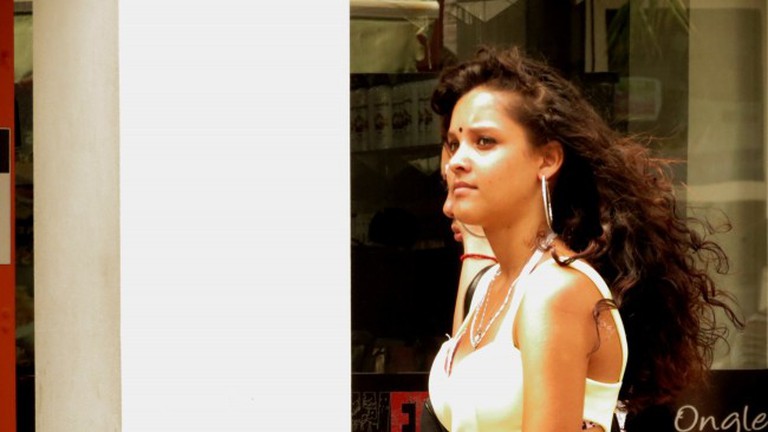 Pull up a chair and grab a COT lemonade at any of the city’s outdoor cafés, particularly those at the pedestrianized rue du Marechal Leclerc. The origins of the French expression ‘beau metissage‘ (a reference to a beautiful mix of races) will slowly make sense as you watch the locals gracefully going about their daily affairs. While the French influence is certainly visible, the islanders have retained their own distinctive way of being. They are indeed formidable. 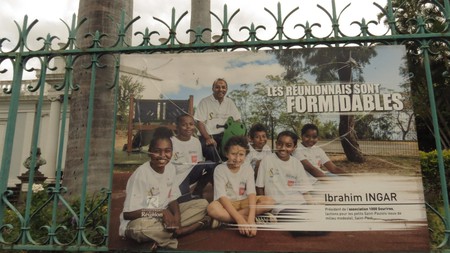 The Réunionnais Are Formidable | © Nicola Desouza

Saint-Denis is a gem that waits to be explored. See you soon…