What Happened When Nollywood Met Hollywood 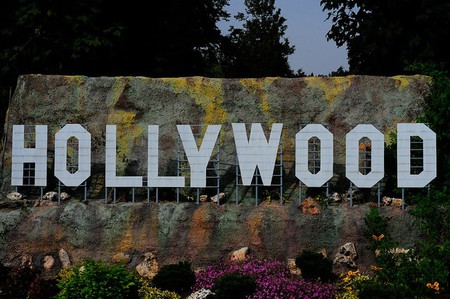 By 2009, Nollywood had surpassed Hollywood as the world’s second largest movie industry by volume of output. In 2014, the Nigerian government released data for the first time in history, showing Nollywood achieving success as a $3.3 billion sector, with 1,844 movies produced and distributed in 2013 alone. Earlier last year, Nollywood award-winning producer Kunle Afolyan concluded an exclusive Netflix distribution deal for his latest film, October 1. This adds to the ten Nollywood-related appellations already on Netflix and the U.S. media company’s $12 million purchase right of Nigerian novel Beasts of No Nation, starring Idris Elba. 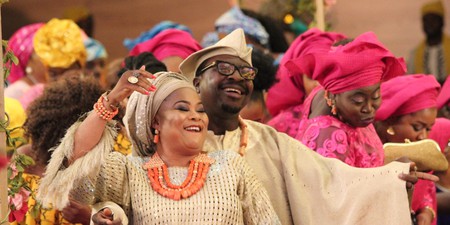 A scene from The Wedding Party I | © FilmOne Distributions

The highest grossing movie in Nigeria

The romantic comedy The Wedding Party became the first movie from Nigeria’s blossoming film industry to break 400 million Naira (USD$1.3 million). To a typical Hollywood movie watcher, those numbers will seem tiny, but for a country that has struggled for so many years with rampant disc piracy and a troublesome economy, this was a breakthrough that highlighted major success.

On March, 23-4, two of Hollywood’s most renowned institutions – the School of Cinematic Arts at the University of Southern California, Los Angeles, and the prestigious screening venue the Egyptian Theater – partenered along with O2A Media Inc., the production company of Nigerian-American filmmaker Ose Oyamendan, to present a weekend of screening of 93 Days, The Bridge and Isoken in an event titled ‘Nollywood in Hollywood’. Scheduled to become an annual event celebrating the finest of Nollywood productions, Nigeria joined a list of seven countries from around the world to participate in the national screening series. 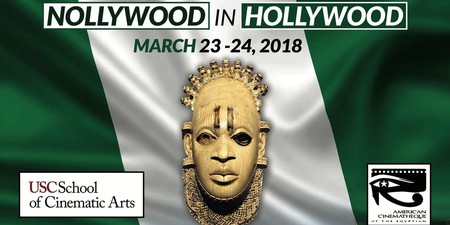 In his remarks, John Hagelstone of the American Cinematheque of the operators of the Egyptian Theater said that “Africa’s most populous country is home to one of the world’s most prosperous film industries, but Nigerian cinema has a relatively low profile in the U.S. The American Cinematheque’s mission is to present the full range of motion pictures to the widest possible audience already includes annual programs devoted to to new films from Spain, Germany, Italy, Argentina and other countries, so the chance to bring Nollywood to Hollywood for a night made perfect sense”

The New Orleans Jazz Market welcomed more than 250 attendees for the first ever ‘Hollywood Meets Nollywood’ forum which kicked off on February, 17. The series marked the first introduction of a Nollywood film premiere in New Orleans, Louisiana, USA. It recorded major success with the introduction of Nollywood movies to an international platform.

Film maker #kunleafolayan on the red carpet. His movie 'THE CEO' is nominated for "Achievement in editing". Hope he wins #bonggis #AMAA2017

Popular Nollywood director of the movie The Bridge, Kunle Afolayan stated that ”I believe the Nollywood in Hollywood event is a course in the right direction. I’m glad that The Bridge will be screening as part of the programs, and I also look forward to mutual exploration between the two worlds.”

Nollywood International, Canada, was formed in July 2016 after the Toronto Film Festival, and premiered some eight Nollywood movies in Canada. The program is aimed at projecting Nollywood to the international audience, taking African-Americans in the country and across back to their roots through Nigerian movies, while also educating others on the diverse culture of Nigeria, and ensuring the global recognition and achievements of Nollywood actors by exposing them to stake-holders in the cinema/film industry.