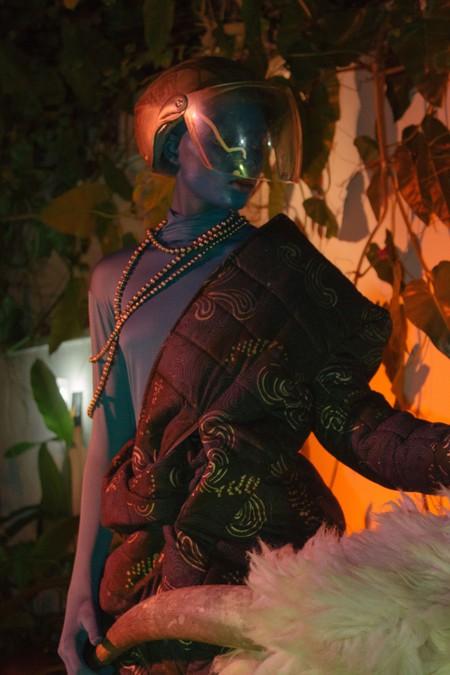 In the face of uncertainties, she finds herself | © Daniel Obasi

Imagine waking up in a land you know nothing about, seemingly different to your way of life and ”alienated existence”… that’s the story portrayed by Daniel Obasi, a Nigerian stylist, photographer, writer and art director. “An Alien in Town” is a unique short film depicting Daniel’s vision of a futuristic Nigeria in collaboration with Africa’s fashion brand Vlisco & Co and A White Space Creative Agency (AWCA), bringing to light how African Fashion and culture are perceived by foreigners who base their conclusions on stereotyped perceptions. 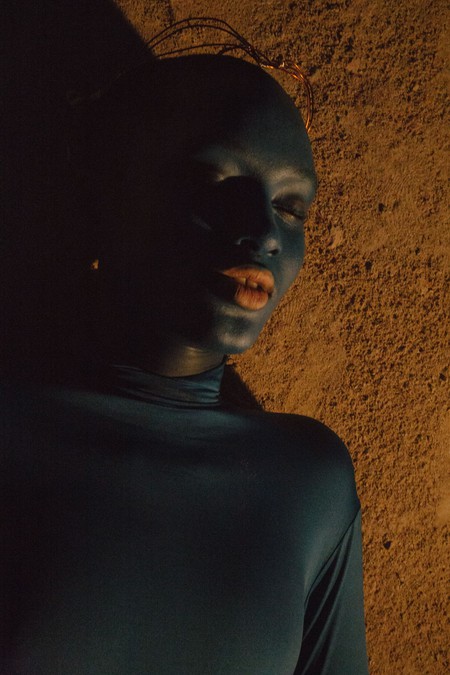 waking up in an unknown land | © Daniel Obasi

Influenced by Afrofuturism, the short film is a creative genre positioning black people in science fiction and futuristic works of art, which has become a reoccurring conversation among visionaries in the on-going African renaissance, featuring ‘a new Africa’ in various forms and mediums of art.

An alien in Lagos

The five minute film follows three subjects, two stylish humans and an alien found in the middle of an unknown location, as they navigate through the evidently barren but beautiful and rich landscape in a motorcycle. The couple takes on the mantle of teaching their new found alien how to fit into a new and unfamiliar vicinity in Lagos, Nigeria. The obviously displaced alien gets to see a new way of life, as she tries to blend into the seemingly regular everyday life of Lagosians. The two human characters depict the true behavioral pattern of Nigerians in general: helpful and hospitable. They take their new friend to get a change of hairstyle, as well as get her accustomed to the popular food ‘Rice and Plantain‘ and teach her the proper use of cutlery, while she digests the enormity of the ever bustling streets of Lagos. In the midst of discovering her identity, she spots a mannequin, becomes intrigued by what she has seen, and finally finds a place to fit in; the human characters help her achieve her dreams by creating beautiful African pieces and teaching her the art of modelling. 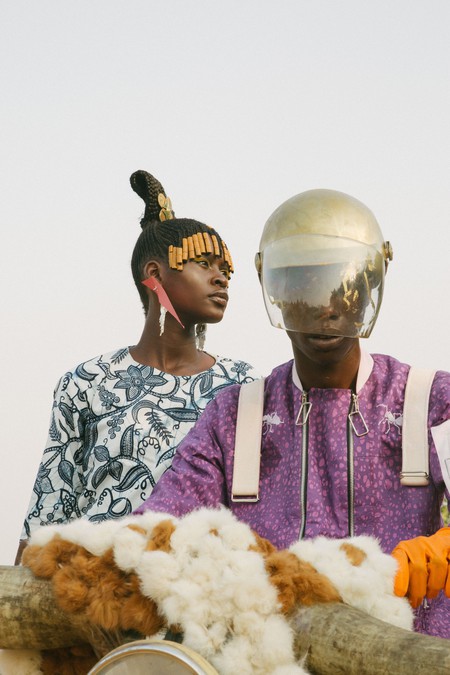 The couple going about their every day life | © Daniel Obasi

Styled in Nigerian brands Tokyo James and Abiola Olusola, the true futuristic symbolism of the film are the fashion statements displayed by each character with exclusive curated styles for Vlisco & Co’s collaborative series, featuring vibrant African prints and sophisticated beaded accessories. The alien character symbolizes a total stranger who, like so many people living beyond the borders of the continent, is not in touch with the realities of dynamics and style centering contemporary Africa.

In the face of uncertainties, she finds herself | © Daniel Obasi

With over 21 Million people, Lagos is the 5th most populous city in the world. The country’s center of entertainment scene is highly ranked in Africa, popularly distinctive not only because of its towering architecture and vast expanse of water, but also because of how well this effervescent, energetic and progressive city captures the pure essence of Nigeria. A typical day in Lagos revolves around the struggle of having to wake up as early as 5am and retiring very late at night, to being held in terrible traffic jams for hours on end. Nevertheless, the ever bustling city has a way of undoubtedly charming its visitors each and every time. 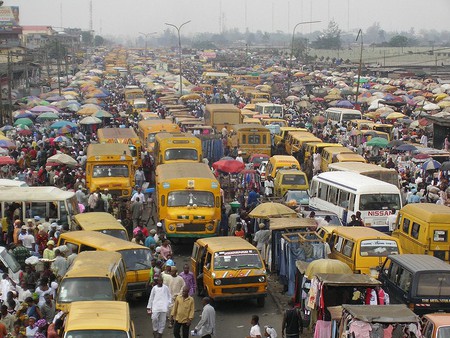 The inspiration behind the work of art

Daniel Obasi’s decision to explore Afrofuturism was inspired by his love for science fiction films like Avatar and Starship Troopers. “I grew up on Star Wars. It was the perfect synergy of different creatures from across the galaxy. George Lucas is still one of the best things to happen to cinema,” says Obasi. Time is not linear in this popular and creative genre. A fictional future can impact the present reality of the African continent as it unveils a buried historic past. Afrofuturism is believed to join together fragments of a history that people are not primarily exposed to as a result of poor/non-existent documentation of events that took place in Africa.