These Are Nigeria's Inspirational Women of Tech 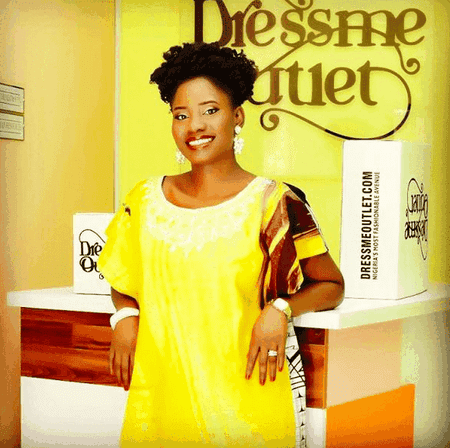 Nigerian women are making their mark in every facet of life in the country, as politicians, business moguls, entrepreneurs, in academia and in many other areas. Here are the top women who are making significant strides in the world of technology.

Funke is the founder of Mainstsreet Technologies, the developers of MainOne cable, a leading provider of trelecom services and network soultions in West Africa. Funke worked with Verizon Communications in the United States for about twenty years before returning to Nigeria in 2005, and worked as the Chief Technical Officer at MTN Nigeria Communications (MTN). She also served as the Chief Operating Officer for Transcorp on the acquisition of NITEL.

Have you met our WCW? She is Funke Opeke, an electrical engineer, the founder of Main Street Technologies and Chief Executive Officer of Main One Cable Company. She obtained her Bachelor's degree from Obafemi Awolowo University and her Master's degree in Columbia University. After graduation from Columbia University, she became an executive director with the wholesale division of Verizon Communications in New York City . In 2005, she joined MTN Nigeria as chief technical officer (CTO). She also served as adviser at Transcorp and chief operating officer of NITEL for a brief period. Funke started MainOne in 2008 when she noticed the low internet connectivity in Nigeria. Currently, MainOne is West Africa’s leading communications services and network solutions provider. Talk about solutions-driven individuals and our WCW will pop up. #WCW#Solutions#Technology#Growth#Women#WomeninTech#Techies#Engineering#Development#Empowerment#Beinspired#Nigeria#Lagos#FunkeOpeke#IstaterHub#

Juliet is the country manager of Google in Nigeria. Dubbed Nigeria’s ‘Queen of Technology’, she is passionate about bringing affordable internet access to Nigeria and also increasing the participation of women in technology. She previously worked with Microsoft in the UK and also Shell Petroleum Development Corporation. Juliet is the founder of Beyond Limits Africa, an initiative geared at mentoring young women to achieve success.

Joining the @channelstelevision Business Morning show at 10.30am to speak on our latest initiatives to support developers and start-ups. #Google #GoogleDevelopers #Tech #Support #Business #StartUps

Previously an IBM software engineer who developed social networking software for Fortune 500 companies, Bilkiss returned to Nigeria to found WeCyclers, a startup that offers waste collection and recycling services to Lagos residents. WeCyclers offer incentives to low income residents in the form of rewards for every kilogram of waste recycled, through points sent by SMS. Rewards, which include basic food items, have been funded in collaboration with big companies such as Coca-Cola and GlaxoSmithKline.

Bilikiss Adebiyi-Abiola Lagos, Nigeria generates 735,000 tons of plastic each year, worth about $300 million to waste brokers. Only 40% of that trash is actually collect, the rest is left in the streets inevitably spreading diseases. "That’s money lying on the street," Adebiyi-Abiola says. In 2011, Bilikiss established Wecyclers while attaining her MBA from MIT. So she built an exchange: Lagos residents give Wecyclers their bottles and cans, and receive cash or household items in return. Wecyclers visit 6,000 homes per week for trash collection. #africanwomenweadmire #Wecyclers #RecyclinginAfrica #BilikissAdebiyi-Abiola #millecollines

Nkem Okocha, a former banker, is the founder of Mamamoni, a social enterprise and Fintech startup that empowers women with microloans and free financial and vocational skills training. The startup has been able to impact the lives of more than five thousand low-income women in rural communities across Lagos. Nkem is an alumnus of the Tony Elumelu Foundation Entrepreneurship Programme and the Young African Leaders Initiative, as well as a LEAP Africa 2016 Social Innovator.

This morning at the launch of @facebook #SheMeansBusiness Nigeria, a platform to help Nigerian women use online tools to grow or start their businesses. Ladies no more excuses 😍😍 www.shemeansbusiness.fb/ng #Impactwomen #Mamamoni

Lola is the country manager of OLX Nigeria. She previously worked with Google Nigeria leading the business development team, as well as McKinsey Telcos and Device OEM across Europe, the Middle East and Africa. The electronic commerce guru believes the workplace needs to be more balanced, especially for working women who are also mothers. She holds a PhD in Chemical engineering from the Univeristy of California Berkeley.

Olatorera is an entrepreneur and owner of Dressmeoutlet.com, an electronic commerce clothing store. She was named in the Forbes ’30 under 30′ Most Promising Entrepreneurs in Africa in 2016. Olatorera believes that challenges should be seen as opportunities, and that it is important to always set the mind on conquering them. She holds an MBA from Emory University.

Carolyn is an advocate of promoting female involvement in technology. She is the founder of the Girls’ Voices initiative, a non-profit that provides a platform which enables girls to share their stories and inspire other girls with the use of technology and digital media. Carolyn won the US-based World Pulse Prize in 2016, being the only African among thirty other women selected.

Damilola is the managing partner of Sprout Consulting which provides ICT soltions in Abuja, as well as being the founder of CodeIT, a platform that mentors the next generation of coders, including young women. Damilola strongly believes in encouraging and empowering young girls to study in science and technology areas. She was honored by the American embassy in Nigeria in 2017 for her contribution to technological education in Nigeria.

Repost @codeitng Here is the back bone behind CodeITng guys… Make sure you send lots of love and prayer her way for she has added another year!!! Life should not only be lived, It should be celebrated! We at #teamCodeITng celebrate you.. We wish you a life full of sunshine and smile, laughter, love and cheer. Happy Birthday.. Repost @aadedamilola #HappyBirthdayToMe I couldn't be more grateful for the awesome year I have had. Loads of learning and loads of growth. Its been a crazy ride. All in one year #edcalumni #techwomen17 #sproutng #codeIT . . #GodIsSoGood #thanksgiving #thanksgivingday Also the love of my life @rotexonline is actually here for this one. Best #bday gift ever. 💕💕😘😘 . . . . #12december #birthdaywishes #prilaga #geek #techy #smartkidscode #parents #hightech #edtechteam #development #software #nigeria #codinglife #abujafct #programming #programmer #codenet #codeITng

Mary is the managing director of Jaeno Digital Soltions. She was formerly a director with the Nigerian Communications Commission and past president of the Nigerian Internet Registration Association. She played an active role in the development of the internet in Nigeria, as well as in the telecommunications sector. An accountant by training, she was dubbed as one of the ‘Mothers of the Internet in Africa’ by the Institute of Chartered Accountants of Nigeria.

Nnenna is the co-founder of the Free Software and Open Source Foundation for Africa. She works with as the Senior Policy Manager for the World Wide Web Foundation, and also supports the work on the Alliance for Affordable Internet and the Web We Want. She is fluent in English and French as well as several African languages.

Olamide is a computer engineer and founder of Pearl Recycling, an initiative focused on producing useful items from waste, such as tyres and plastic, in a process called upcycling. According to Olamide, her idea and passion came during a visit to the United Arab Emirates where she saw a piece of art made from corn cobs selling for hundreds of dollars. Since starting her company, she has produced several items such as furniture, home decor and ornaments from discarded and waste items. 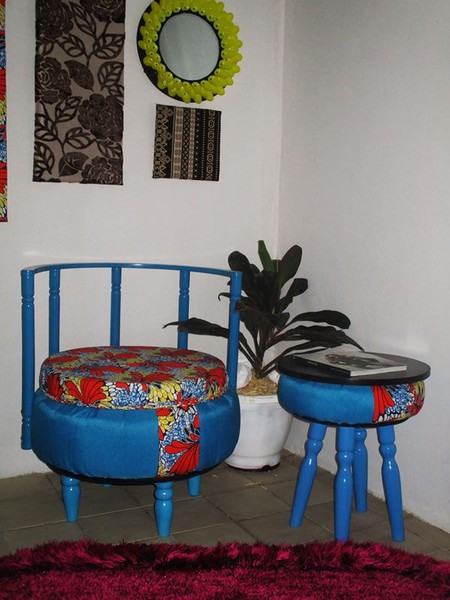