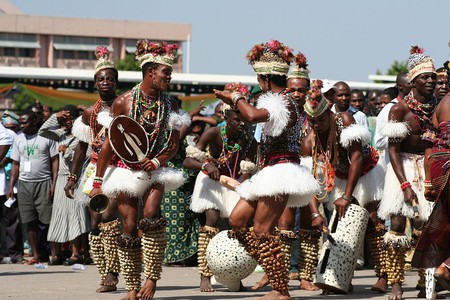 October 1, 2018 will mark 58 years since Nigeria gained its independence from the British in 1960. Here’s your ultimate guide to celebrating this monumental day at home and abroad. 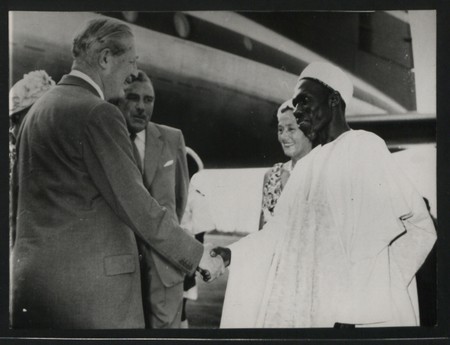 The history of settlers living in Nigeria can be traced to 1100 BC. The Kingdom of Nri, the Benin Empire, the Songhai Empire and the Oyo Empire are all diverse ancient African civilizations that are said to have settled in the region now known as Nigeria.

Lagos, the former capital of Nigeria, was invaded by British forces in 1851 and then became a British protectorate in 1901. Colonization lasted for over a hundred years, benefiting from the region’s natural resources until after the World War II when a movement for independence arose. On October 1,1960 Nigeria gained its independence. Afterwards, an all-Nigerian Executive Council was formed and headed by Prime Minister, Alhaji Sir Abubakar Tafawa Balewa until three years later, when Nigeria became a republic led by Nnamdi Azikiwe as its first President.

Today, Nigeria’s three main tribes are the Yoruba, the Igbo and the Hausa. In addition to other smaller tribes, the country has over 520 languages, although it retains English as its official language.

It is common knowledge among Africans that Nigerians will find any excuse to party. Although most corporate businesses and government departments are closed, on Independence Day restaurants, shops, and markets are open as normal, making the most of the celebrations and helping families to prepare big meals for gatherings. The event is celebrated by Nigerians of all cultures and religions both at home and abroad. 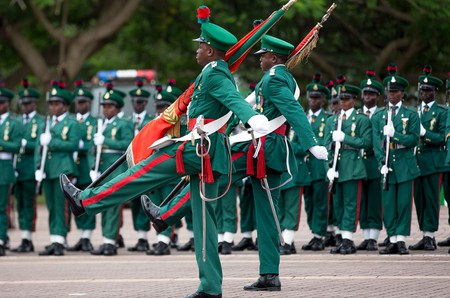 Here are some of the ways Nigerians celebrate this special occasion :

On the morning of October 1, the President of Nigeria broadcasts a live speech to declare the inauguration of the Independence Day celebrations. This is followed by the raising of the flag while the national anthem is being sung. A parade by the armed forces ensues, and finally the national cake is cut to commemorate the celebrations at Aso Rock (the name given to the Presidential Villa).

During the celebrations, people are out in the streets waving and wearing the colours of the flag – green and white. Some schools also put on their own parades, including the Boys Brigade in Abuja. 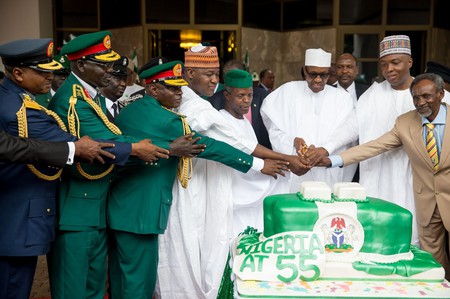 “Ain’t no party like a Lagos party” is the catchphrase made popular by Afrobeat musician Banky Wellington, and this national holiday lives up to that promise . Most clubs in the cities host Independence Day-themed events. Some venues offer free entrance for women before a set time.

Young people also use this opportunity to put on their own events in their local areas, inviting their friends, classmates and other party-lovers, only emphasising that any excuse to party is a welcomed affair in Nigeria. 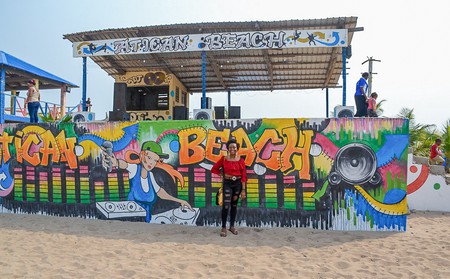 In the past, some TV stations and malls have been known to organise parties for children in their communities where they can enjoy games, food and raffles.

Comedy shows are also hosted by the best comedians in the industry. In 2017, the annual Lord Of The Ribs With Basketmouth took place at the Eko Hotel and Suites in Victoria Island, Lagos on September 30. The live event featured other African comedians from across the continent and diaspora such as D’Lai (USA), Donnivin Jordan (USA), Salvador (UGANDA), Kevin J (USA), Celeste Ntuli (SA), Angel Campey (SA), Okey Bakassi, I Go Dye, Buchi, Bovi, and I Go Save.

The next day at the same venue, the Supremacy Concert was scheduled, and included performances from artists such as Olamide, Tiwa Savage, Tekno, and D’Banj, among others.

For many Nigerians, the day is spent with family or visiting friends and sharing a traditional meal of jollof rice with plantain and chicken or other traditional soups such as egusi soup, ogbono soup, okro soup, or banga soup, which are either eaten with pounded yam, eba, amala or fufu.

As there are no official firework displays, most young people buy their fireworks from local vendors and light them themselves in celebration of the day.

Fun at the beach

For those with a love for the seaside, a day at the beach is a sure bet! Once again, the beach usually turns into a makeshift outdoor club as huge speakers can be found under tents blasting both the latest Afrobeats or older Fuji tunes which older generations are happy to call “the better type of music.”

Family and friends head to the beach with picnics. However, different types of barbecued meats and fish can be bought from independent traders. 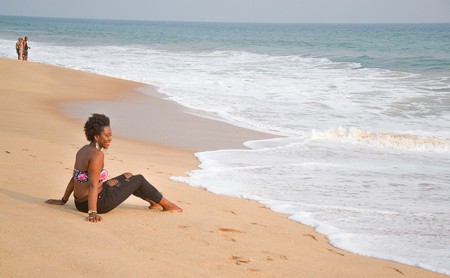 A day of rest

For others, the national holiday is simply seen as a day of rest and a time to wind down. They enjoy taking a break from the hustle and bustle of everyday life before it starts all over again the next working day.

The biggest celebration of Nigerian independence outside of Nigeria is in New York, where every year the day is commemorated with a parade. Nigerians and her supporters in America travel from different states across the USA to the bustling city to celebrate the monumental event. The Independence Day festival started in 1991 and has continued ever since. 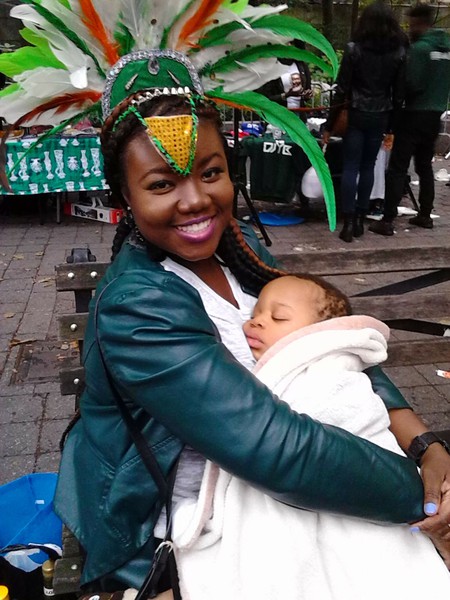 In 2017, the festival was a three-day celebration including a parade held from 10am to 5pm. The parade route started at Second Avenue and E. 54th Street and ended at E. 44th Street. The Organising Committee Chairman, Mr Yinka Dansalami said the event attracts an average of 75,000 people annually.

Meanwhile, in London, Nigerian event organisers Cococure are also set to celebrate in style with an Independence Day Afrobeat Brunch on October 6, 2018. The brunch will take place at their usual event space at Proud City, in East London, and will be hosted by MC Daps with music from DJ Sean. The menu includes bottomless prosecco and an all-you-can-eat buffet of traditional Nigerian foods.